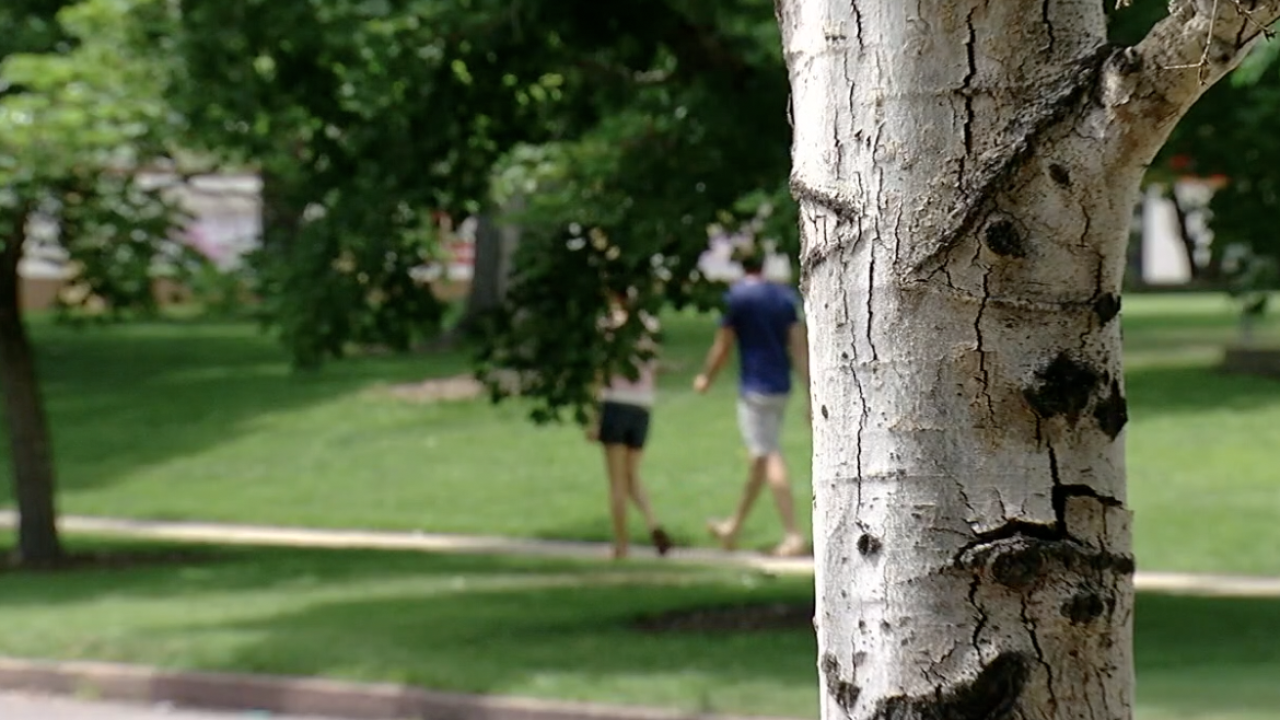 DENVER — There has been a push to change the name of Columbus Park in north Denver for quite some time, but now the city has made the move to take down the sign at the park.

A spokesperson for the Denver Parks and Recreation Department told Denver7 that they took the sign down a few days ago to "prevent further vandalism in our parks." Last week, protesters removed a statue bearing a plaque in honor of Columbus in downtown Denver.

Denver City Councilwoman Amanda Sandoval has also filed a letter with the city to change the name of the park to La Raza Park, as it is known as to many people who live nearby. People we spoke to around the park were happy to see the sign come down.

“It’s about time the sign came down and they changed it to I think La Raza is what they are petitioning for,” neighbor Marc Trimmer said.

“It feels a lot better to know that Columbus his name is taken down because he shouldn’t be celebrated,” neighbor Diego Dominguez said.

Councilwoman Sandoval did say on Twitter on Tuesday that the Parks and Recreation Department told her they will have petitions to start gathering signatures to change the name within 10 business days.