Police at the scene of an officer-involved shooting in Aurora. 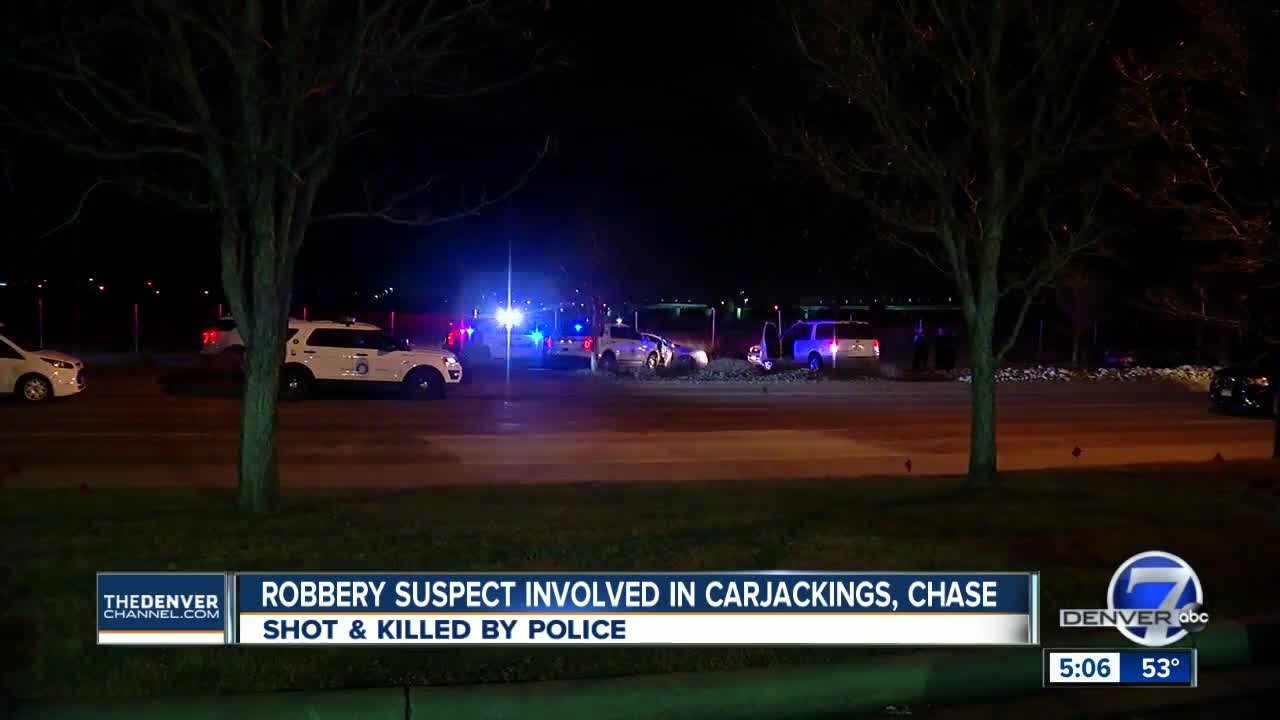 AURORA, Colo. — Police shot a carjacking suspect at the end of a string of robberies that went from Denver into Aurora on Saturday night, officials said.

The suspect was taken to a hospital in critical condition, and later died, Aurora police said Sunday morning. He was identified as Dovion Semaj Perkins, 19, of Denver, according to the coroner's office.

The incident began shortly before 9 p.m., when Denver officers chased an armed robbery suspect into Aurora, according to an Aurora police news release.

During the chase, Perkins crashed into at least two cars on Interstate 225 near East Colfax Avenue. He then carjacked a sedan and drove away, east on Colfax to Airport Boulevard, police said.

On Airport Boulevard, Denver officers stopped the sedan with a "pursuit intervention technique," or P.I.T. maneuver, the news release said.

But then the suspect and two other people in the car ran away and tried to carjack a nearby minivan. When that didn't work, the suspect carjacked an SUV, police said, but officers pinned the vehicle.

During that final encounter, a Denver officer fired at Perkins, striking him, the news release said. Police said they later found a handgun in the SUV, the last vehicle carjacked by the suspect.

The two people were in the car with Perkins were taken into custody, police said. A woman faces a charge of aggravated robbery and a juvenile was arrested on an unrelated warrant, police said.