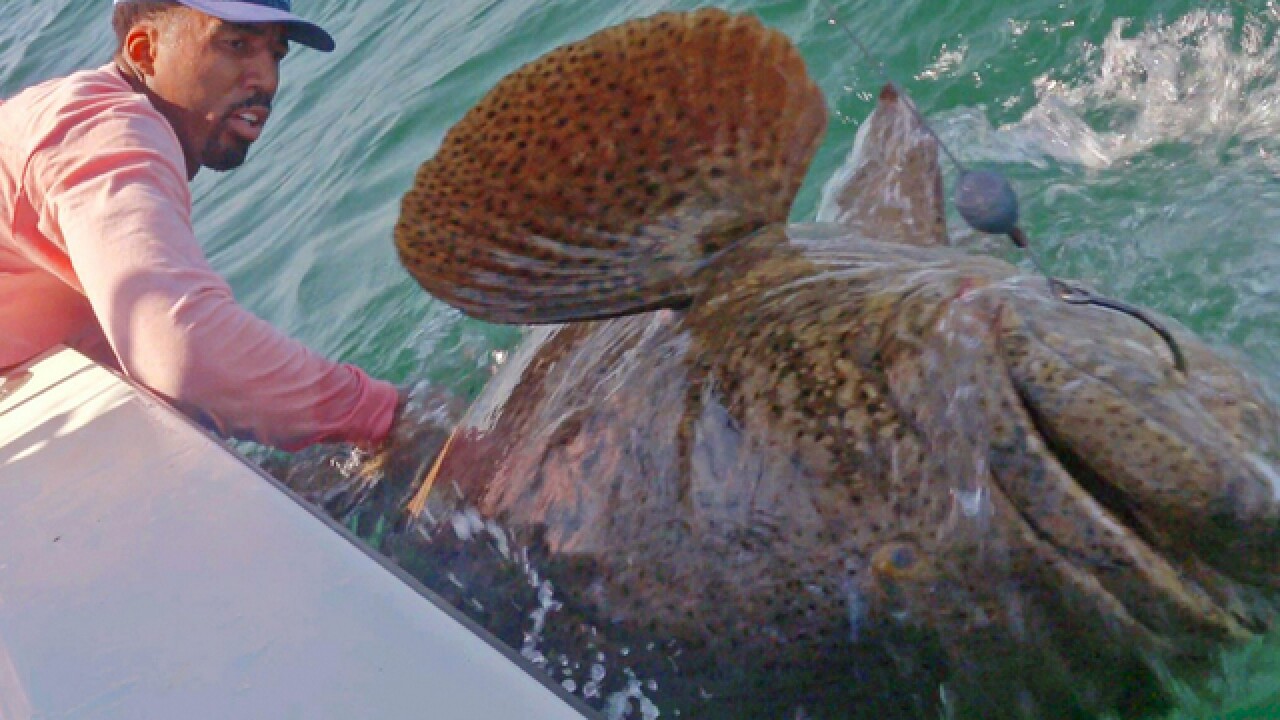 FLORIDA -- While the U.S. men's basketball team was busy winning a gold medal in the Rio Olympics, Denver Nuggets Forward Wilson Chandler reeled in a monster prize of his own.

Chandler caught a massive Goliath grouper fish. The 350-pound monster was reeled in from the Atlantic Ocean over the weekend.

Don't worry, the critically endangered fish was thrown back to sea.

A photo posted by Wilson Chandler (@illwil21) on

Had the catch not been documented, some may not have believed it. So the Nuggets had a little fun with their forward.

According to the Nuggets, the catch is larger than the Junior Nuggets basketball team, 200 Papa John's Pizza pies, 78 two-liter Pepsi containers and 247 basketballs.

So that fish Wil caught over the weekend was pretty big...

But just how big?  #Nuggets pic.twitter.com/PALFSqjDcM

Other Denver sports teams like the Denver Broncos have yet to jump in on the grouper hype, but the potential there is limitless. After all, the team has yet to settle on a starter at the quarterback position, and the fish reportedly has a clean slate when it comes to fumbles. Watch your back, Mark Sanchez.