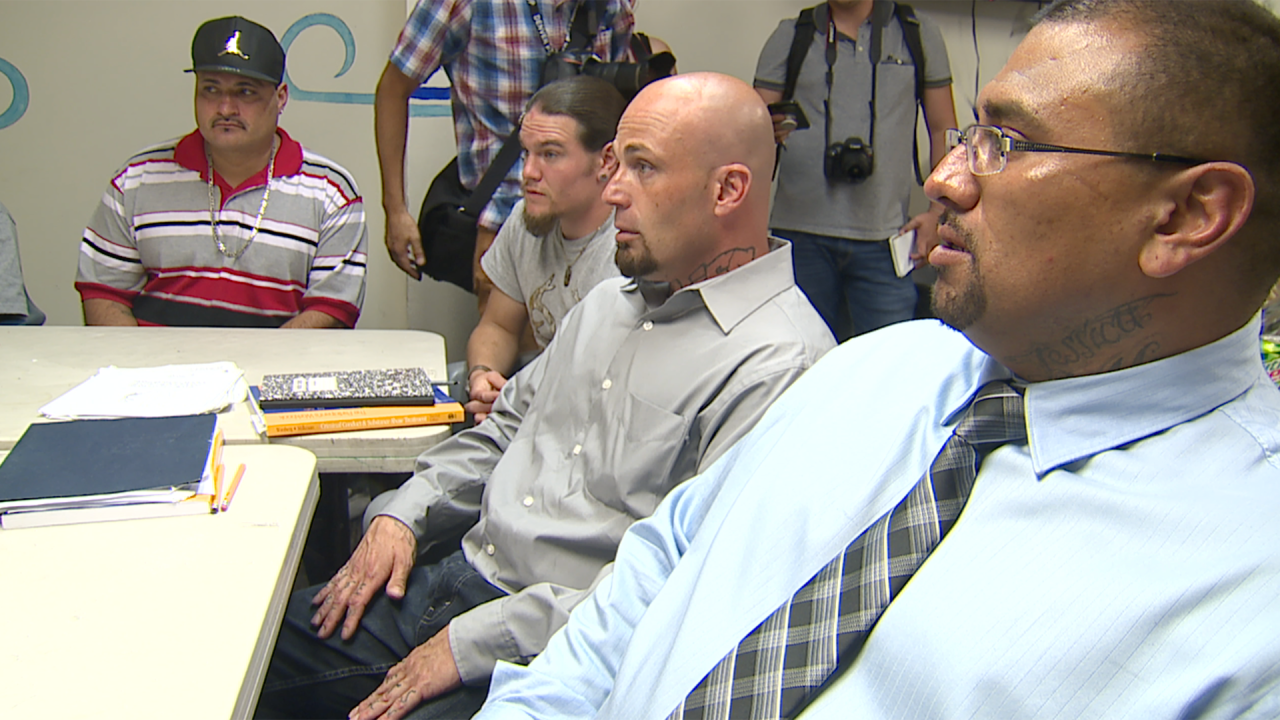 Copyright 2019 Scripps Media, Inc. All rights reserved. This material may not be published, broadcast, rewritten, or redistributed.
Denver7
Men living in one of the six Denver halfway houses whose contracts were canceled in early August speak with Denver Mayor Michael Hancock on a tour of the facilities.

DENVER – The 13-member advisory committee that will make the decisions on how to move forward on replacing hundreds of beds in the city’s community corrections system after short-term contracts expire over the next year has been selected and is expected to begin meeting in coming weeks.

The council voted to cancel the contracts in early June, with a majority opposing the two companies’ ties to immigration detention facilities operating in other parts of the state and country.

But the decision led to weeks of hand-wringing and emergency work to figure out what to do with the 517 people currently housed at the two companies’ six facilities, lest they be sent back to jail or prison.

Eventually, the council approved short-term contracts for both companies but also agreed to form the advisory committee so it can figure out what will come next after CoreCivic’s contracts expire at the end of next June. Zoning rules make it nearly impossible for the city to quickly come up with new community corrections facilities.

On Monday, the Denver Department of Public Safety released a list of team members on the advisery committee, whom the city says were picked because of their expertise on community corrections programs and how they interact with the community. The committee also includes two council-appointed members:

The advisory committee is expected to begin meeting in September and will do so through the end of the year before it presents its recommendations to Department of Public Safety Executive Director Troy Riggs in January.

“We have heard from City Council and respect their desire to move away from doing business with GEO and CoreCivic,” Riggs said in a statement. “These two companies own and operate almost 70 percent of our current halfway house capacity, so we have to work quickly and diligently over the coming months on options to preserve this vital service in Denver.”