City council will work through proposal, which will be finalized in November 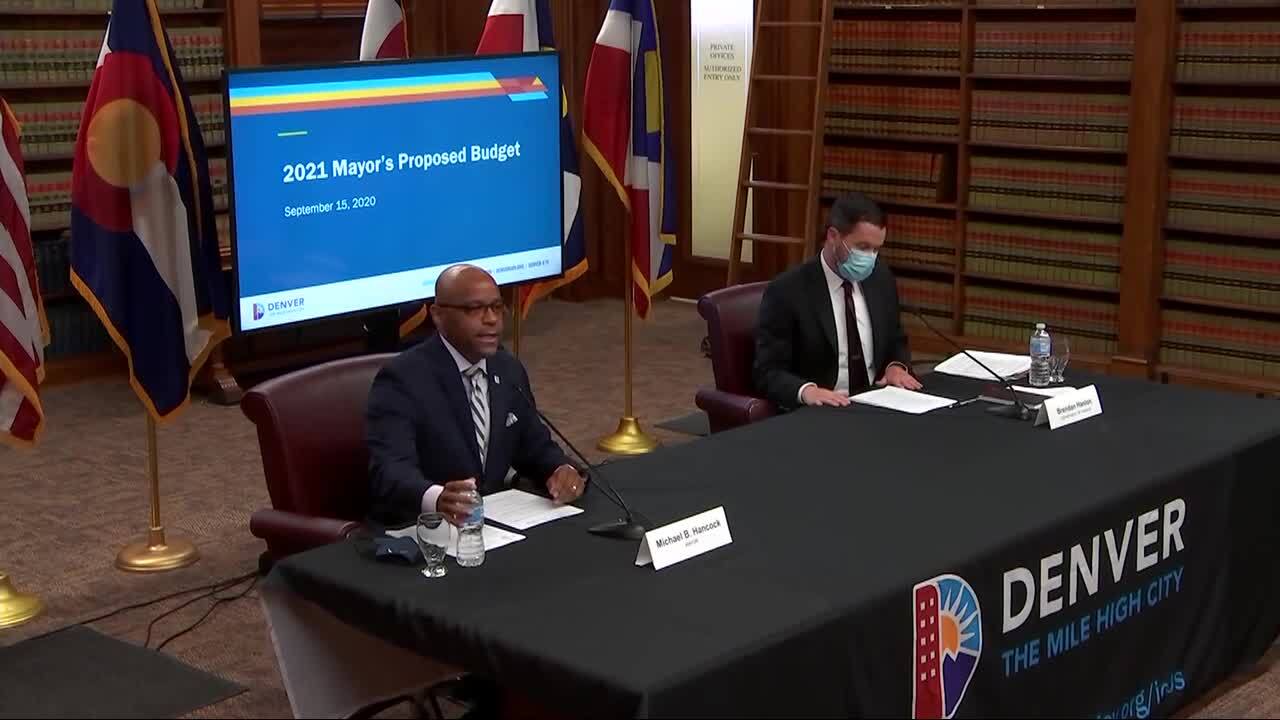 Copyright 2020 Scripps Media, Inc. All rights reserved. This material may not be published, broadcast, rewritten, or redistributed.
Denver7
Mayor Michael Hancock and Denver finance officials on Tuesday unveiled the mayor’s budget proposal for 2021, which includes millions of dollars of cuts to try to address what they say is currently a forecast $190 million budget deficit for the year. 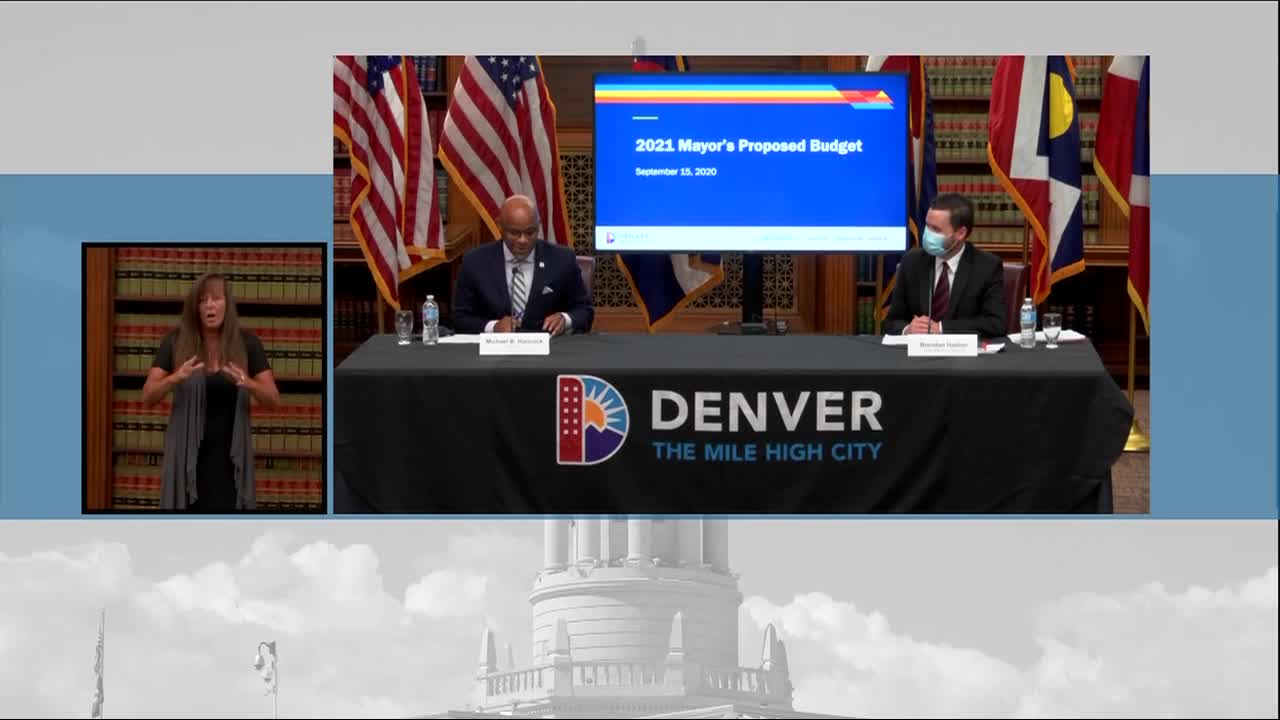 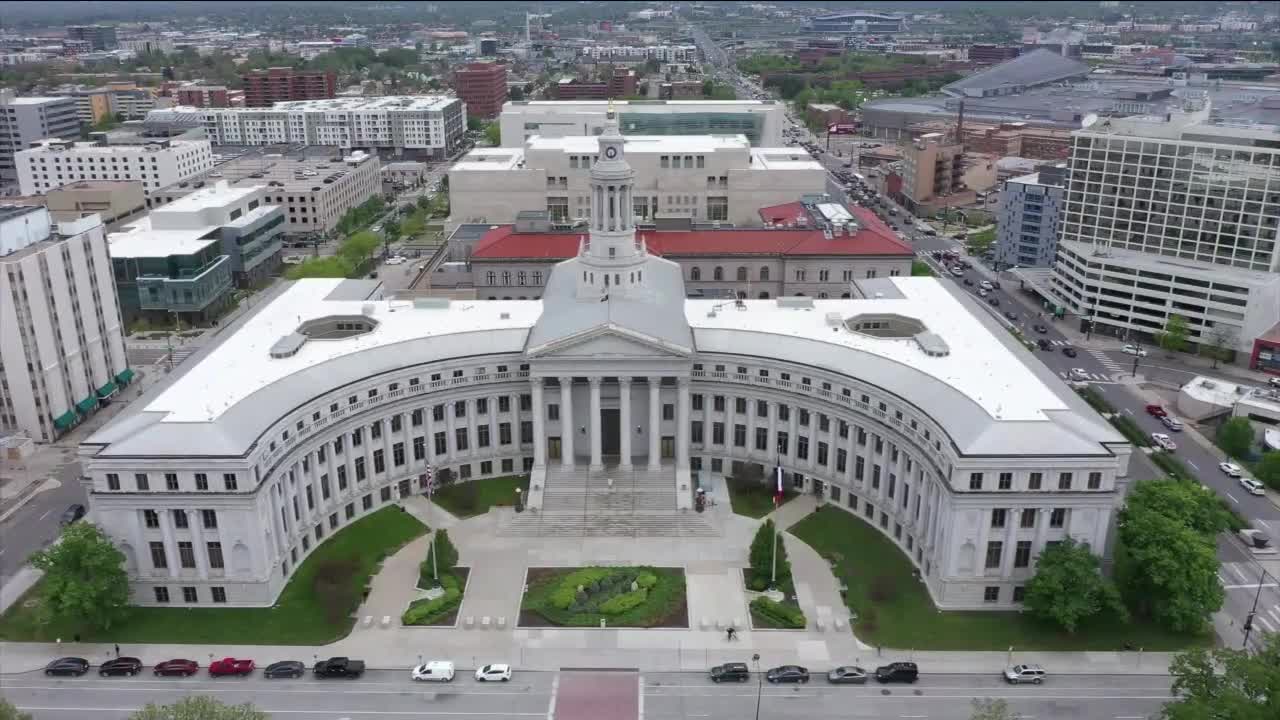 DENVER – Mayor Michael Hancock and Denver finance officials on Tuesday unveiled the mayor’s budget proposal for 2021, which includes millions of dollars of cuts to try to address what they say is currently a forecast $190 million budget deficit for the year.

The proposed $1.33 billion general fund represents a 10.6% reduction from the original 2020 budget and a reduction of about 9.4% from the revised 2020 budget that was revised down after the coronavirus pandemic hit Denver and caused a budget shortfall for 2020 of around $220 million.

Hancock said that the lost revenue in 2020 was the worst since 1933 and that the further cuts for 2021 will include more furloughs for city employees, a hiring freeze and millions in cuts for various agencies, who have worked to identify cuts over the past several weeks. Denver Chief Financial Officer Brendan Hanlon said that 2020 had been “the most difficult budget year” he had experienced in nearly 19 years working for the city.

Now that the mayor has submitted his budget proposal to the Denver City Council, the council will tweak the budget during hearings before adopting a finalized version in November, though officials Tuesday noted that there still could be further revisions after that.

To try to close the roughly $190 million gap between the revenue the city expects to bring in and what it expects to spend, the proposal includes about $154 million in cuts and savings, which include freezing more than 400 open career services positions, continuing furlough days for city employees into next year, cutting some overtime and cutting millions from the capital improvement program.

The proposal estimates that freezing the hiring of the open positions will save about $39 million and that the furlough days will save about $12 million. The proposal also includes a $9.6 million spending reduction in replacing fleet vehicles, smaller recruiting classes for the police and fire departments and reductions in spending because of lower jail populations due to the pandemic.

Hanlon said that since the sales and use tax, which is driven by tourism and retail in Denver, is the main contributor to the general fund and remains down more than 15% from previous levels, that there was uncertainty surrounding exactly how much of a budget gap there will be.

He said that the city expects to see some economic recovery in 2021, but continued hits to sales and use tax revenues and revenues from the lodger’s tax, which have seen a 66% drop this year – compared to an 18% drop during the Great Recession – could complicate things if those industries do not rebound as quickly. Hanlon called that drop the “most significant” in modern times.

On Monday, the National Western Stock Show, another one of the main economic tourism drivers in the city that brings in tens of millions to the economy every year, announced it would be postponed until January 2022.

But Hanlon and Hancock said that Denver is one of few cities forecast to bounce back from the recession, which was forecast even before the pandemic hit and exacerbated it. The two said the 2021 proposal was made in hopes that there is continued recovery through the winter and in anticipation of a vaccine coming by early next year, though they acknowledged the uncertainty.

“I wish 2021 looked better,” Hancock said. “The reality is 2021 is just as uncertain as the last six months have been because the pandemic is ongoing.”

Hanlon said the proposal tries to maintain 12% of the city’s reserves in the event the pandemic and economic situation worsens. While he and other economists earlier this year said they were hopeful for a V-shaped economic recovery in Denver, they had revised that forecast to more of a U-shaped recovery – more prolonged over a long period of time, which is something they also said they were preparing for at the time.

Hancock said he is hopeful that people continue to be wary of the coronavirus and take precautions, like wearing masks, keeping proper physical distances, avoiding large gatherings and practicing proper hygiene, in order to keep the city from having to dip further into its reserves.

“It would be disastrous for us to have to go through this scenario again and dip into more reserves,” Hancock said.

Hanlon said he and others were also closely watching whether a K-shaped recovery develops, in which some parts of the economy rebound from this year and others stay stagnant or continue their downward trends. He said that it would be “critical” to combat effects that could lead to a K-shaped recovery and that the proposal focuses some of its investments in staving off such an event.

Rather than pulling back on investing in some capital projects already underway, the proposal would use another bond program, the Elevate Denver bond program, to invest more than $470 million through 2023 in small and minority-owned businesses, job training and other projects like improved bike paths and sidewalk construction. The proposal also contains money for a new $5 million shelter for people experiencing homelessness, the 16th Street Mall redesign and more that have already been planned.

Hanlon said data show that for every $1 million the city invests in capital programming, it generates $2 million in economic output for the city. Denver did something similar during the Great Recession, which Hanlon said was an “incredible lesson” learned for the latest recession.

As calls to defund and reprioritize police funding continue and after the city council rejected the contract with the police union on Monday, which Hancock said was “difficult and unfortunate,” the mayor’s proposal does include some money for law enforcement projects. Hancock said he felt the proposal strikes a balance between reforming the department and upholding public safety.

The proposal includes $78.1 million for youth programs and $11.5 million in criminal justice and behavioral health money for more mental health professionals, funding for the Solutions Center and $4.2 million for programs involving diversion and keeping people out of jail.

Hancock said the proposal was “fiscally responsible and equitable” and said the lessons learned from past recessions would hopefully benefit the city this time around. But both he and Hanlon were realistic about the challenge ahead.

“We’re going to have to roll with the punches,” Hanlon said.