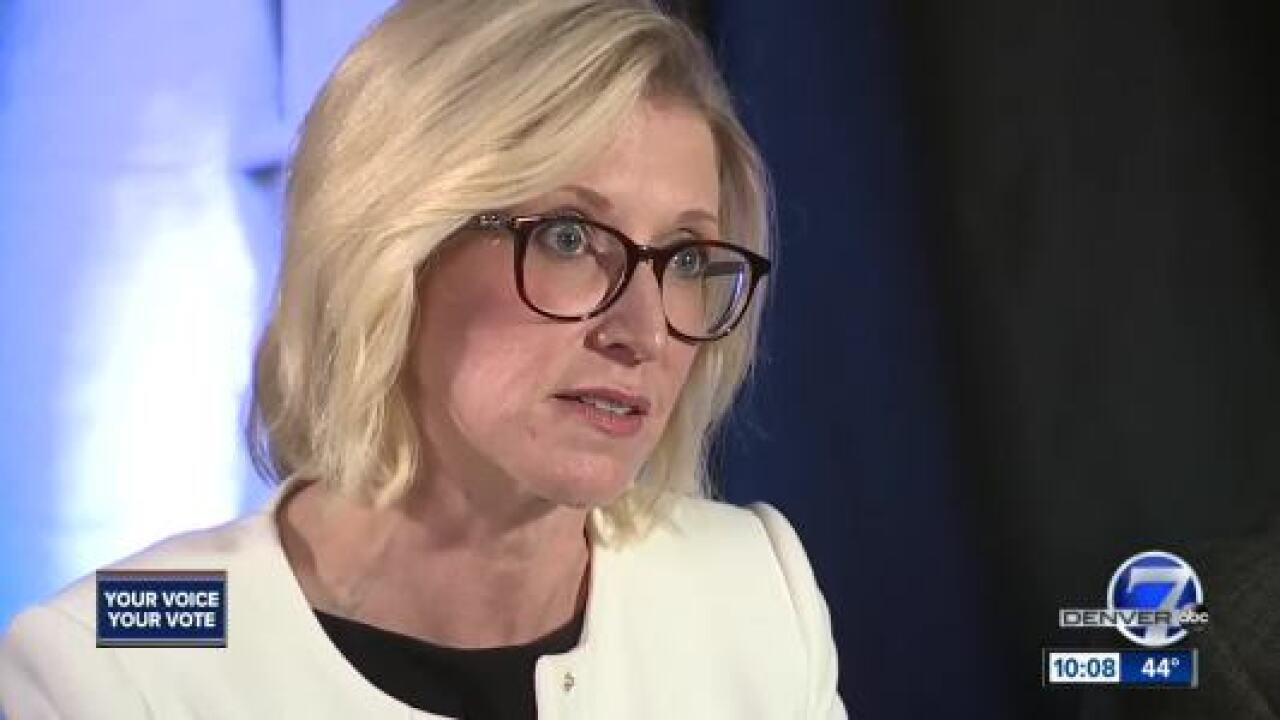 In less than two weeks, Denver will have a newly elected mayor. The incumbent, Michael Hancock, or the challenger, Jamie Giellis.

And the race has gotten spirited.

Denver7's Anne Trujillo sat down with Giellis on Wednesday. Giellis was joined by Lisa Calderon and Penfield Tate, two former opponents. Giellis, Calderon and Tate called their campaign against Hancock the “Unity Tour” and pointed out that 60 percent of Denver voters didn’t vote for Hancock on May 7.

Watch our interviews with Giellis here:

More | Hancock, Giellis both facing obstacles in runoff to be Denver mayor