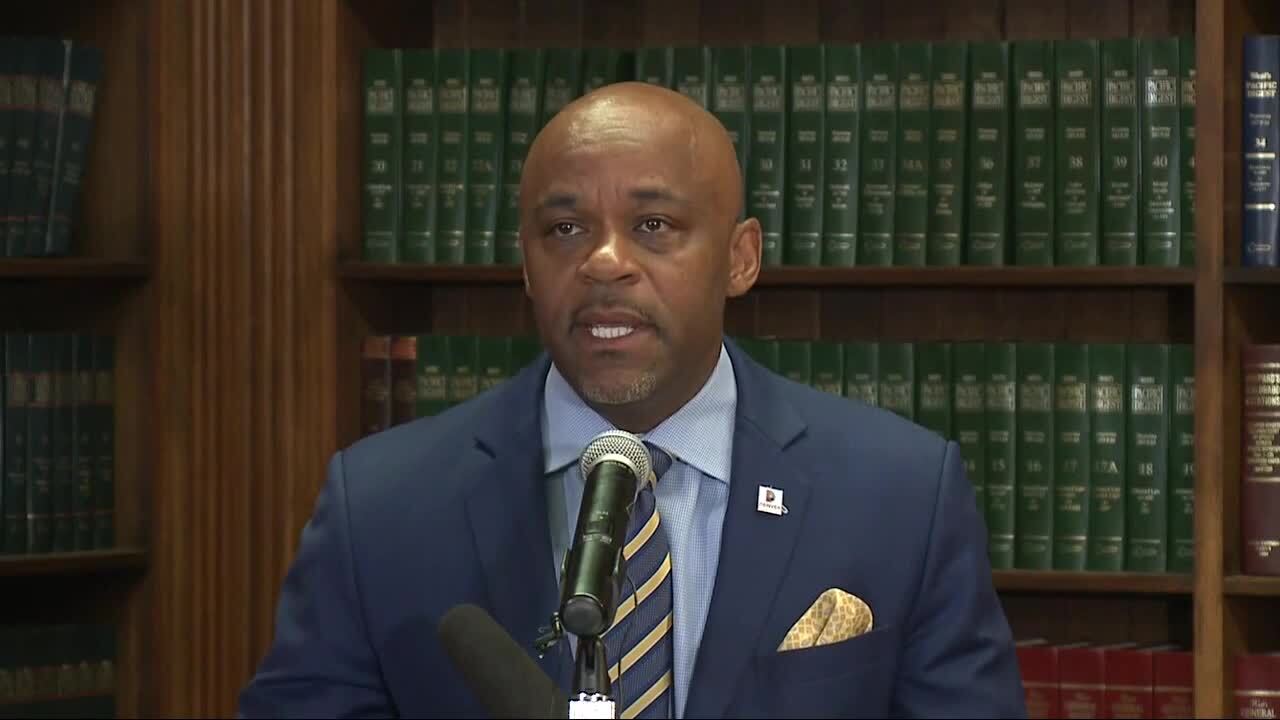 Copyright 2019 Scripps Media, Inc. All rights reserved. This material may not be published, broadcast, rewritten, or redistributed.
Denver7
Mayor Michael Hancock on Monday submitted a $1.49 billion budget proposal to the Denver City Council that contains a heavy focus on neighborhood planning, parks and multi-modal transportation and which they mayor says will protect the city from an economic downturn. 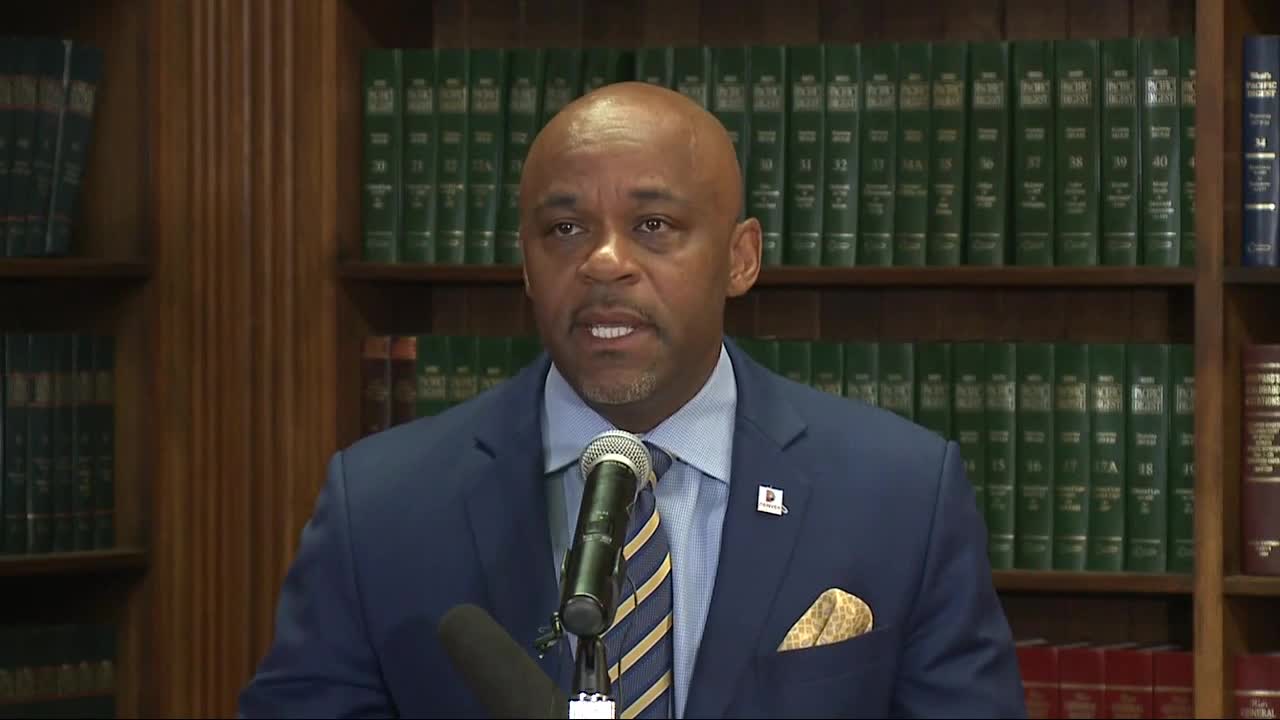 DENVER – Mayor Michael Hancock on Monday submitted a $1.49 billion budget proposal to the Denver City Council for 2020 that contains a heavy focus on neighborhood planning, parks and multi-modal transportation and which they mayor says will protect the city from an economic downturn as the city sees its revenue growth slow for the first time in years.

“This budget proposal is balanced, fiscally responsible, maintains healthy reserves and preserves our AAA bond ratings with all three rating agencies,” Hancock said in a statement. “It prepares us for uncertain economic times, and it intentionally builds equity into its core.”

The 676-page budget proposal will be the first that the host of new council members will have to go through to figure out which projects to prioritize in their first budget year in office and could prove to be a contention point for some of those members who have said they will try to act as a check on the mayor’s office.

Hancock wrote to the council that local and national economic signs should leave the city more-cautious about how it spends its money this next fiscal year and more conscious of how much is in the city’s reserves.

“While we continue to see healthy revenues from the retail and tourism sectors, those gains are being offset by significant softening in manufacturing-related sales, automobile sales, and construction-related sales and trades,” Hancock wrote in his letter to the council.

He said that national factors are also affecting the local economy and, hence, the budget request – like President Donald Trump’s trade war with China.

“There are growing signs that the national economy is cooling, exacerbated by the impacts of mounting trade tensions between the U.S. and its major global trade partners,” he wrote. “In the face of this uncertainty, just as we have done in the past, my 2020 budget proposal reflects a proactive fiscal management approach intended to mitigate risks and preserve financial strength.”

More than half of Hancock’s proposed budget – $864.2 million – would go toward neighborhood improvement and safety, including $34.2 million toward neighborhood planning and improvements as part of the city’s Comprehensive Plan 2040. About $153 million in proposed money would go toward parks, trails, natural space and rec centers, in addition to a proposed bond issuance of $28 million from Elevate Denver.

Hancock wants to use $6.2 million to hire 40 new Denver Police Department officers, 15 new firefighters and nine new Denver sheriff’s deputies and to use about $500,000 to expand DFD’s medical unit and ShotSpotter technology usage.

Hancock is also hoping to put around $118 million into the efforts to increase multi-modal transportation across the city which would also be boosted by the planned bond issuance.

Among the projects Hancock hopes the money will go to include $3 million to install protected bike lanes and make other pedestrian- and transit-friendly changes along 18th and 19th streets in downtown Denver between Civic Center Station and Union Station. An additional $700,000 would expand RTD’s Flex Ride, expand the city’s youth transportation summer program and help support providing discounted fares to qualified RTD riders.

About $11.4 million would go toward funding, designing and building out new bikeways in the goal of adding 125 new miles over the next five years.

Hancock is also asking for $1.5 million for new crosswalk technology at 10 intersections on Federal Boulevard that have been ongoing issues for pedestrians along that road and where several people have been hit by vehicles over the past few years.

Hancock is asking to put $97 million toward affordable housing and homeless initiatives, a majority of which would go toward the new Department of Housing Stability. He’s asking the council to approve $30 million in Affordable Housing Fund money to put toward affordable housing in the city and asking it to commit another several million to help the Department of Housing Stability, expand day shelter and community-wide shelter programs and to invest more in the city’s Denver Day Works and Colfax Works programs that help employee people who are experiencing homelessness.

He is asking for $2.5 million to repair and maintain the Salvation Army Crossroads Center homeless shelter, which the city last month purchased for $10.5 million, and for $1.9 million for a 46-bed Solutions Center for crisis stabilization and transitional housing for people in the midst of a behavioral health crisis or experiencing homelessness – something that has been discussed since 2014.

Another $390,000 is being requested by Hancock to continue funding a 24-hour on-demand treatment effort to provide medication-assisted therapy and access to treatment programs for people misusing opioids. And Hancock is asking for $3 million to be put toward implementing criminal justice reforms, increasing ADA compliance and supporting youth, racial and social justice, along with immigration-rights support programs.

And as Denver tries to clean up its air and address climate change by moving eventually toward full renewable energy use, Hancock is asking for $40 million to establish the new Office of Climate Action, Sustainability and Resiliency and to invest in renewable energy resources.

He is asking that $8 million be put toward efforts to reduce greenhouse gas emissions, including:

Regarding the slowdown in sales and use tax revenues, Hancock told the council that though sales tax collections have decreased in construction, manufacturing, automobile sales and medical marijuana sales, they have increased in the retail and tourism industries. But he said the city had revised-down its original 2019 sales tax revenue projection by 1.5%. This year's budget proposal is slightly higher than the final FY2019 budget.

He said that his proposed 2020 budget keeps the General Fund reserve at 15% of the city’s projected expenditures – still above the 10.7% they were spent down to during the Great Recession – and that it would also keep about $30 million in the contingency budget and about $5 million in the Capital Improvement fund in the event of a more-drastic economic slowdown.

“The people’s priorities are clear, and this budget proposal advances them by opening access to equity and opportunity, tackling affordability and improving support for our residents experiencing homelessness, building a mobility system to reduce traffic and congestion, promoting progressive policies, combating climate change, and ensuring all our neighborhoods are safe and offer a high quality of life,” Hancock said in a statement.

“All of this is being done while maintaining our strong fiscal stewardship of the people’s tax dollars, even under the signs of a moderating economy and questionable policies coming from the White House,” he added.

The council will take up work on the budget starting next week and will vote on a final budget in November.