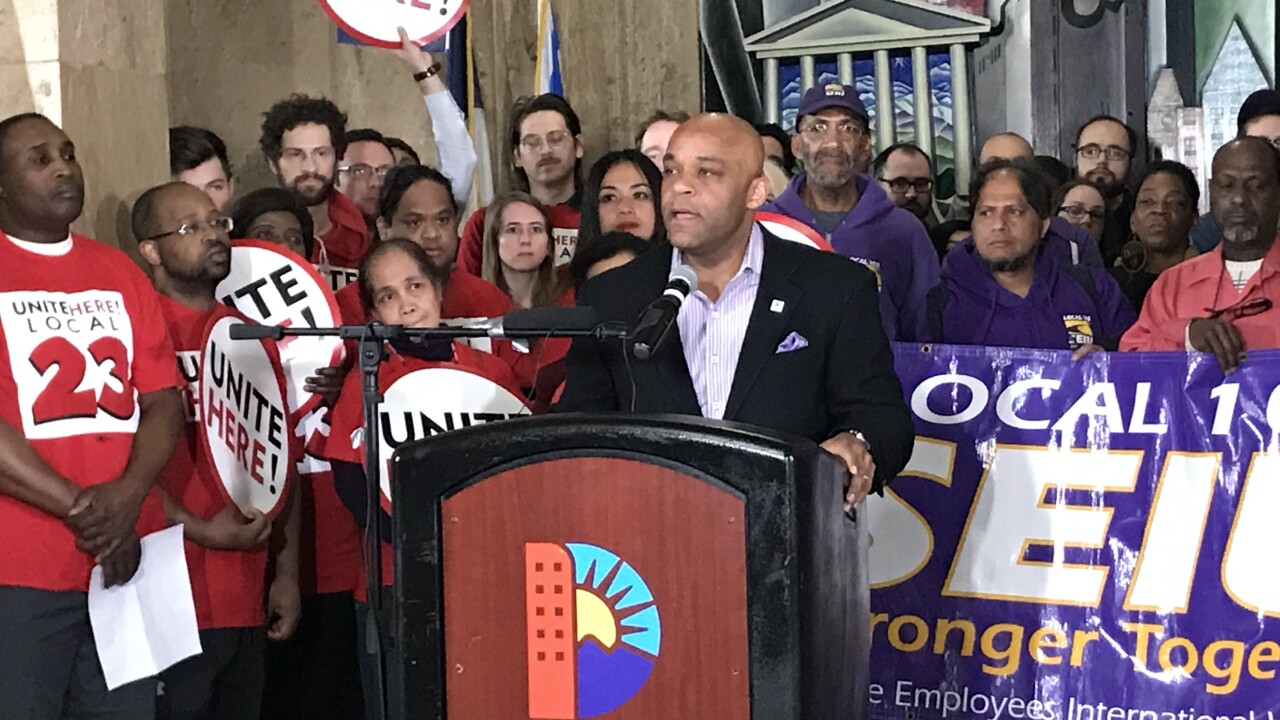 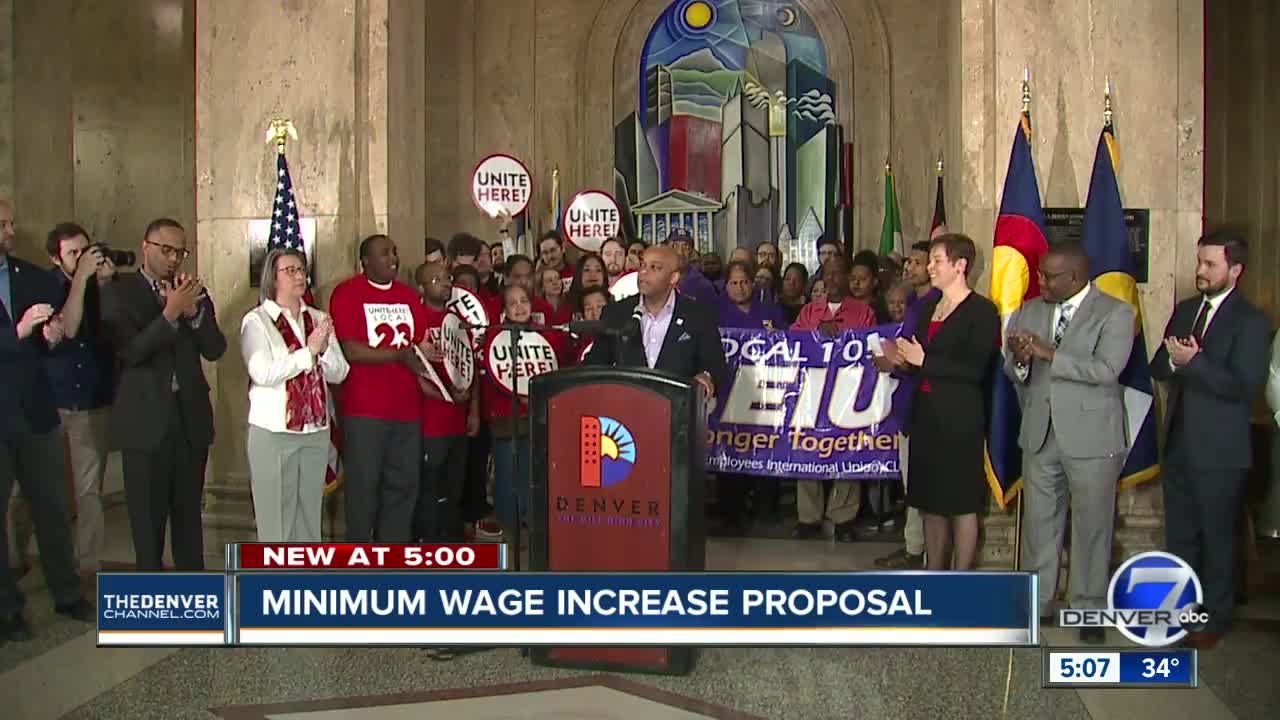 DENVER — During a Valentine’s Day press conference, Mayor Michael Hancock unveiled a new proposal to raise the minimum wage for city employees to $15 an hour.

The mayor, surrounded by five city council members as well as representatives from two unions, said that wage stagnation has been a problem in the state for too long.

“We need to move beyond just talking about wage stagnation, we need to look deeper at the city of Denver and what power there is we can do outside of what was going on at the state capital,” Hancock said.

.@MayorHancock says wages have been stagnant for too long. He says some private businesses have already started to increase the minimum wage like Illegal Pete’s and now it’s the city’s turn. @DenverChannel pic.twitter.com/RnTH4woSze

“It is about what’s in the best interest of the people who call the city home and who work in our city,” Hancock said.

The wage increases would affect nearly 1,900 current employees, according to city data. They include airport employees, people who work at city parks and those at venues like Red Rocks amphitheater.

The wage increase is expected to cost the city about $5.7 million from 2019 to 2021, according to conservative estimates.

“We expect it will be an increase in the cost of our city for doing business and we’re ready to as the contracts come to begin to raise our contribution to make this possible,” Hancock said.

However, economist Chris Stiffler says the move could result in higher prices for consumers.

“Most businesses pass off minimum wage increases with price increases,” Stiffler said, “I think a lot of those people at the airport will probably pay $.50 more for our burger.”

Even with the pay bump, Stiffler says people will still not be able to afford all of the rising costs of Denver completely.

At the current rate of $11.10 an hour with the average rent in Denver costing $1,500 a month, Stiffler says you’d have to work 31 hours a week just to afford rent, which is why many people are taking on second or third jobs.

“I think a lot of people don’t realize just how stretched people‘s budgets are,” Stiffler said.

Meanwhile, the state as a whole is also in the process of raising minimum wages for workers until it reaches $12 per hour by 2020.
State law prohibits cities from individually raising their minimum wages, but that does not apply to raising the salaries of city employees.

Stiffler believes one of the problems with raising the state’s minimum wage to $15 per hour would be the ripple effect it would have on smaller communities, where the cost of living in lower than Denver.

“I think the problem is the cost of living in Denver is so different than the eastern plains or San Luis Valley or the western slope area that if you go to $15 an hour on the statewide level, it’s going to crush really small restaurants in Logan County (for instance),” Stiffler said.

The proposed Denver ordinance would have some exceptions. The minimum wage requirement would not apply to contracts under $50,000 or for those of less than 30 days. It would also not apply to contractors hired through intergovernmental agreements or small businesses that have fewer than 25 people employees among other exemptions.

The proposed ordinance would be enforced through a complaint-based system, meaning employees not being paid the minimum wage would need to file a complaint with the auditor’s office within one year.

The mayor is hoping to have the proposal go into effect by mid-March.