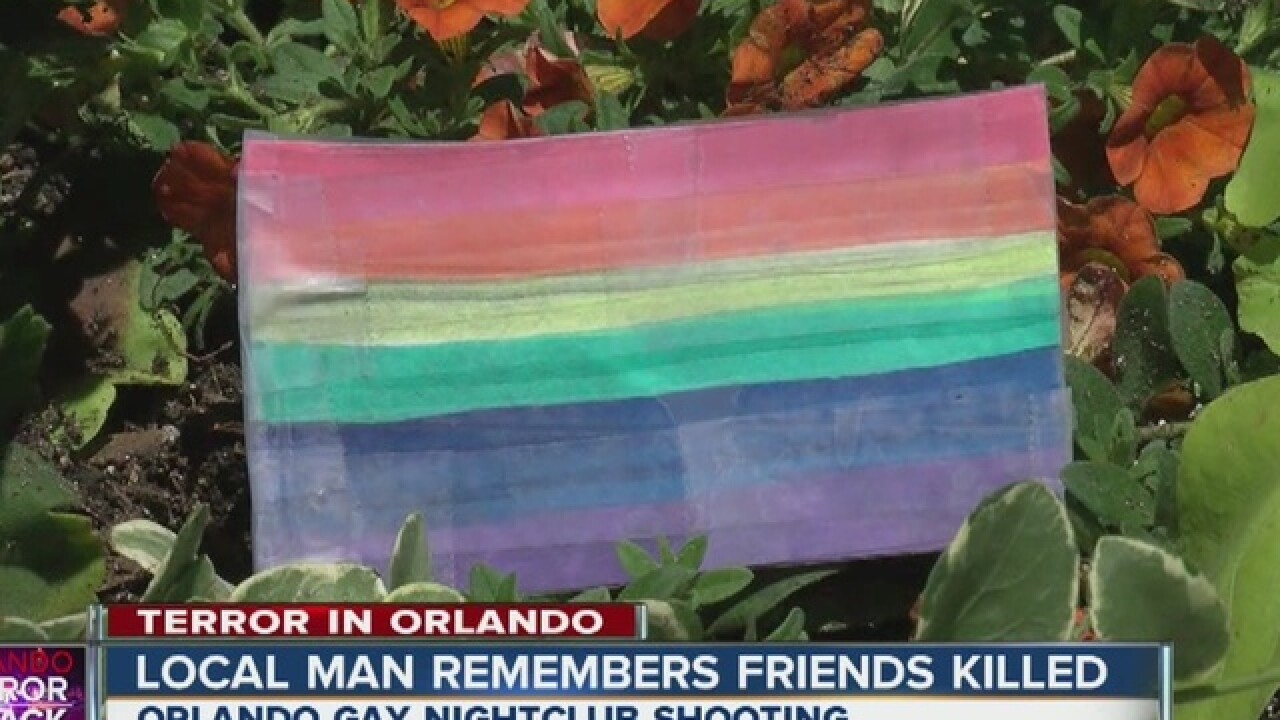 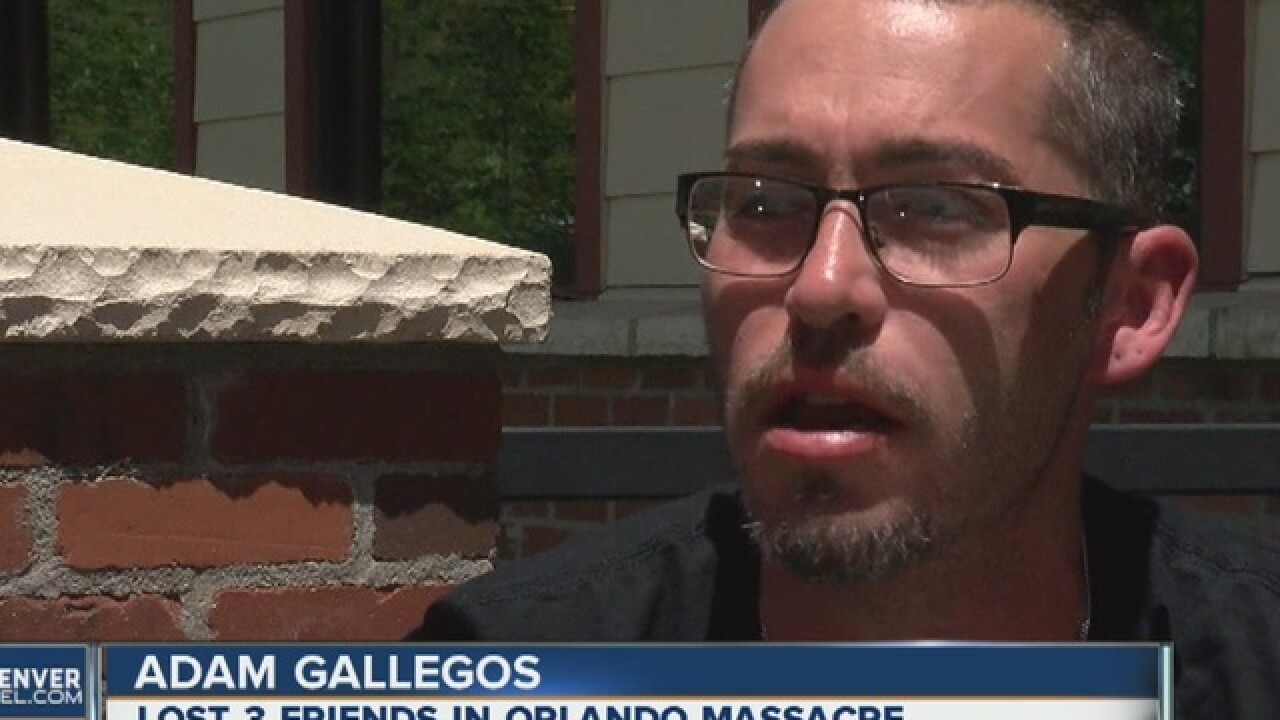 A Denver man says three of his friends were among the 49 slain by a gunman, who opened fire in a crowded gay bar in Orlando early Sunday.

Adam Gallegos said he watched news reports Sunday morning, to see if any of his friends were among those killed.

He said a short time later, he received a phone call from a sister of one of those friends.

“She was hysterical,” he said. “She mentioned the other two as well.”

Gallegos said it was complete devastation.

“Being from Colorado, it’s all too familiar and it hits very, very close to home,” he said.

Gallegos told Denver7 that family members asked him not to share names.

He said he met all three at Denver’s PrideFest several years ago and that whenever they came back to Denver, they’d stop in to see him.

“All three of them were the ones that were the life of the party,” he said. “One in particular was just off the charts, just crazy fun, very flamboyant but very sweet.”

Gallegos’ boss at Bono’s Barbecue in Greenwood Village planted fresh flowers today to memorialize those who lost their lives in Orlando.

One of the cook’s daughters put a miniature rainbow flag in one of the planters.

“I felt we should do that to support Adam,” said Litzy Venallnzo.

“It’s a humanitarian thing,” said Jessie Liesegang, one of Adam’s bosses. “It’s not gay, straight.  It’s not anything.  We’re all Americans. We’re all together in this.”

Gallegos thanked them for their support.

When asked if he is worried about security at Denver’s PrideFest celebration this coming weekend, Gallegos said, he believes there will be enough security to keep everybody safe.

He said he intends to take part in the celebration.

“My mom asked me not to go out, not to do anything,” he said.  “She asked me to stay home, but I refuse to stop living my life.  I refuse to live my life in fear.  I’m not going to let those people take over my life.”