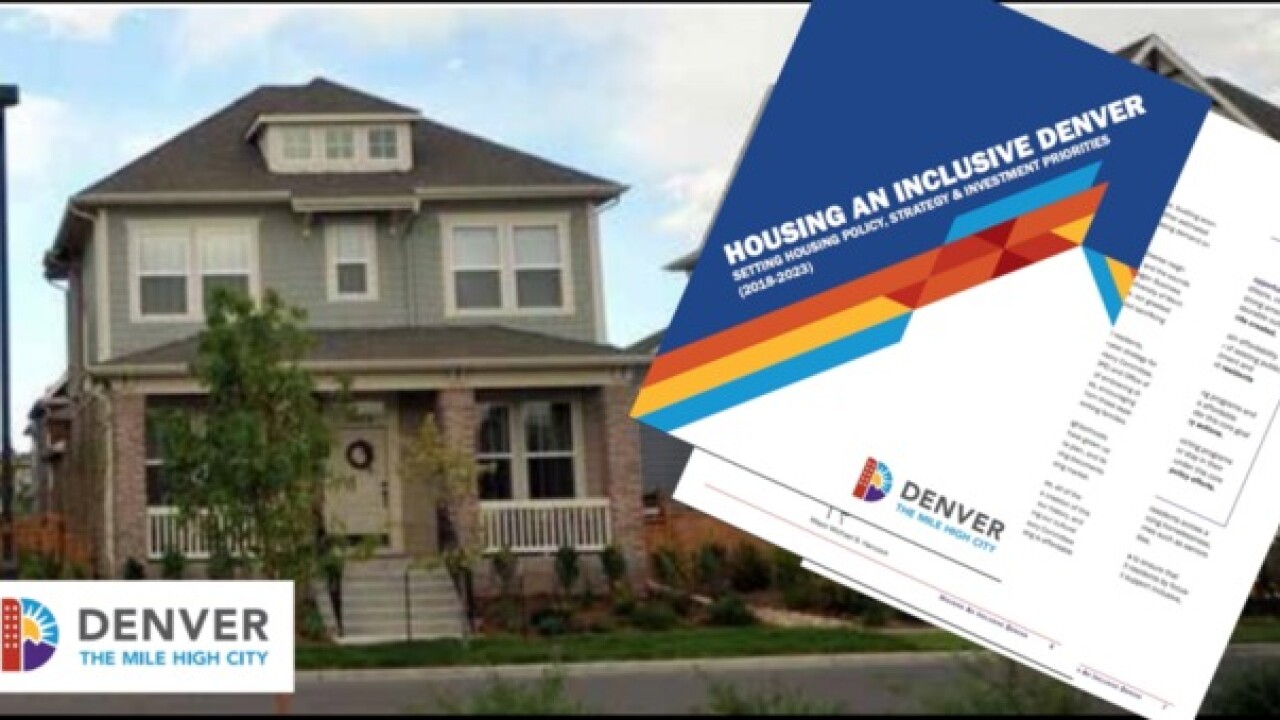 Copyright 2018 Scripps Media, Inc. All rights reserved. This material may not be published, broadcast, rewritten, or redistributed.
<p>Denver city leaders have come up with a 159-page proposal for how to deal with the affordable housing crisis the city is currently facing. </p> 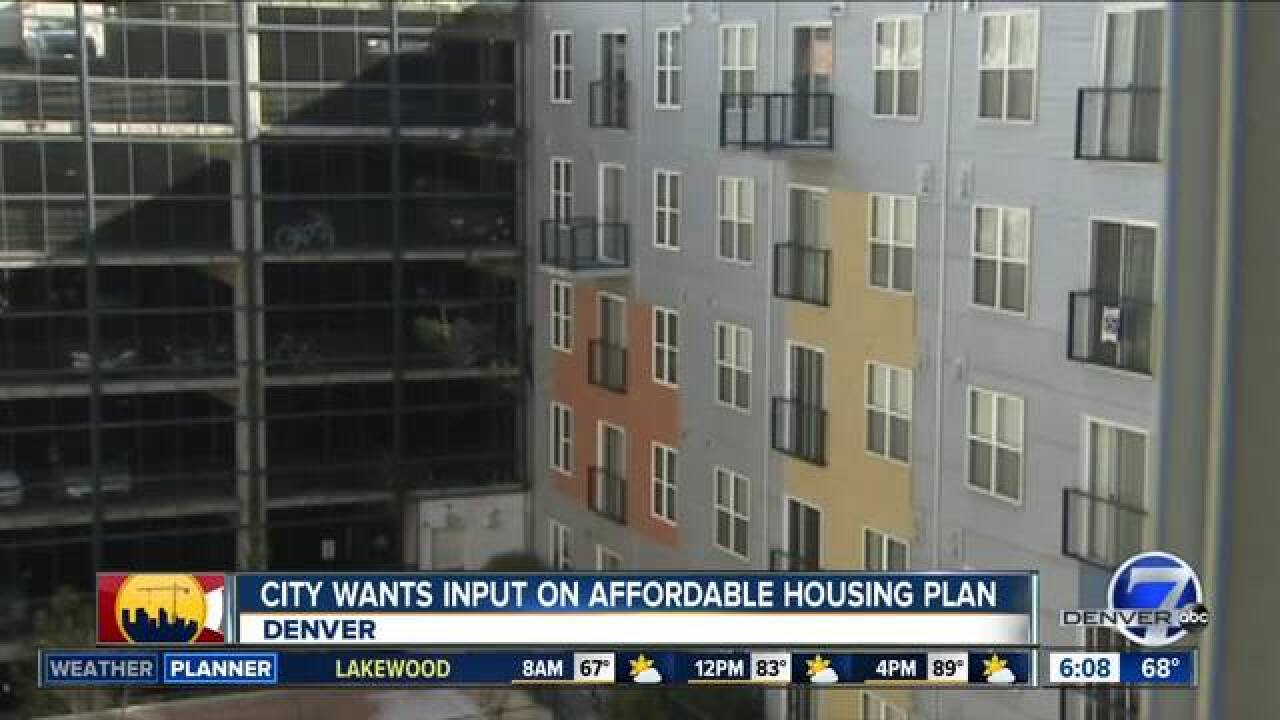 DENVER — Denver city leaders are asking for the public’s input for a draft proposal that deals with the housing affordability crisis that the city is facing.

The Housing Inclusive Denver plan is a 159-page proposal that lays out clear goals and recommendations for the city to follow to provide more affordable housing options. The five-year strategic plan focuses on four core goals.

The long-term plan is being implemented though a series of one-year action plans that are focused on prioritizing investments and taking things like current market conditions and housing needs into account.

The Office of Economic Development is now asking for feedback on the 2019 draft plan.

People can weigh in via an online survey. The survey is available from now until Sept. 14.

The final annual plan will be approved in the fall and then go into effect in January.

Note: a previous version of this story incorrectly stated that the city was seeking feedback on the five-year plan, which has already been adopted by city council.**