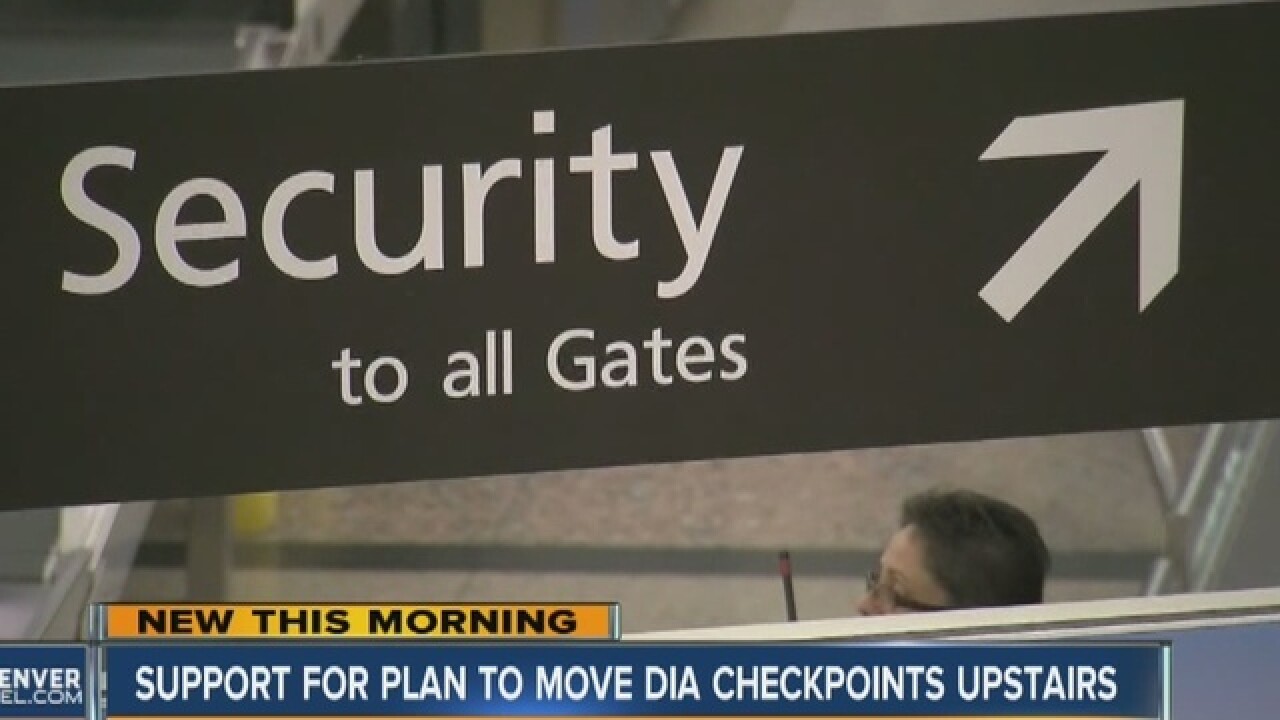 A proposal to move security out of the Great Hall has been talked about for several years, but could gain more traction now that the Transportation Security Administration is saying it supports the idea.

#TSA supports plan to move security area at #DIA . All this would be past the checkpoint. @DenverChannel pic.twitter.com/rBmvpuqdQI

"We simply don't know what the layout would look like, and as we evaluate options for the Great Hall itself, it's our intention to keep at least some of the facility open to the public," said Heath Montgomery, a spokesperson for DIA. "That could be achieved in a number of ways that aren't fully identified yet."

In the wake of the Brussels airport attack, the TSA is looking at ways to make airports safer.

The Commerce, Science and Transportation Committee held a hearing on the issue yesterday.

"Recent attacks by ISIS, including those in Belgium on March 22, have underscored that terrorists can inflict significant casualties at transportation targets without attempting to board airplanes or subjecting themselves to security screenings," committee officials stated.

During the hearing, Colorado Senator Cory Gardner said he received a letter from DIA referencing the Brussels attacks and asking again about moving security.

Gardner noted that this is the fifth-busiest airport in the country and the 18th-busiest in the world.

The head of the TSA at that committee hearing said moving the security screening area could also help improve passenger flow through checkpoints and provide an opportunity to upgrade the whole system. He said the move could serve as a prototype for other airports.

For now, though there are still a lot of questions - including the cost. There's talk of using some public-private sector partnerships to pay for it.