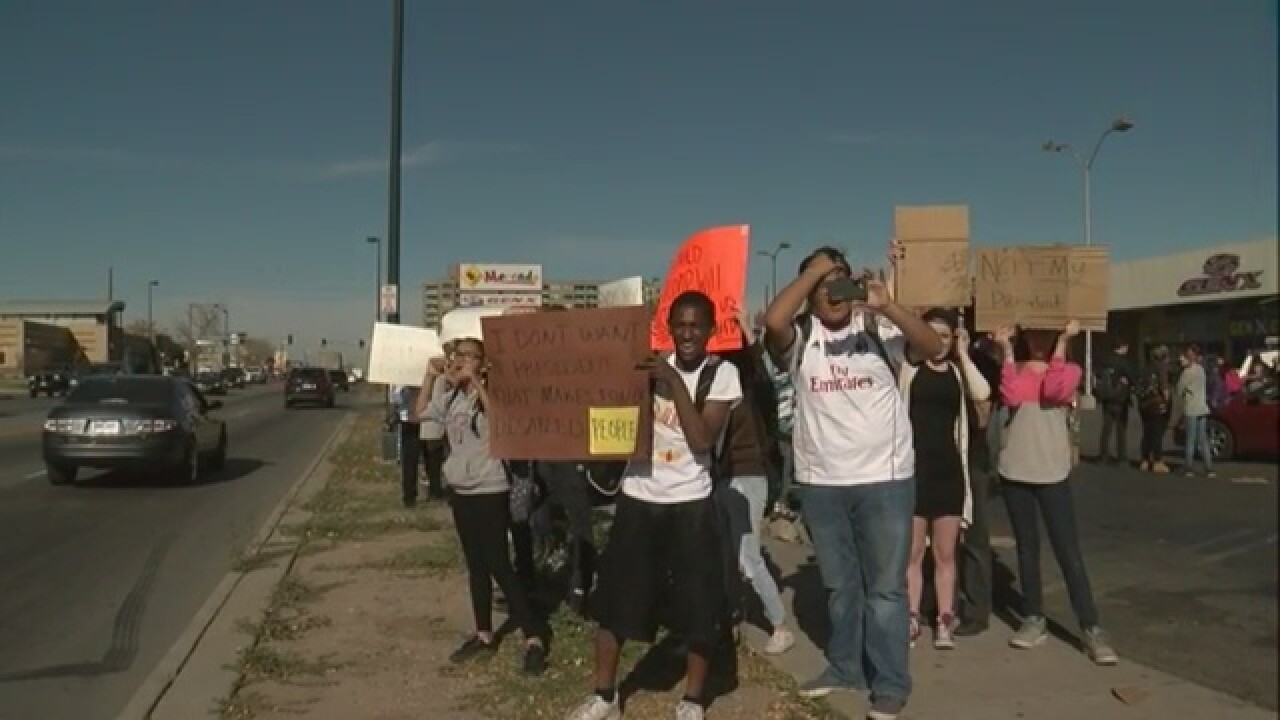 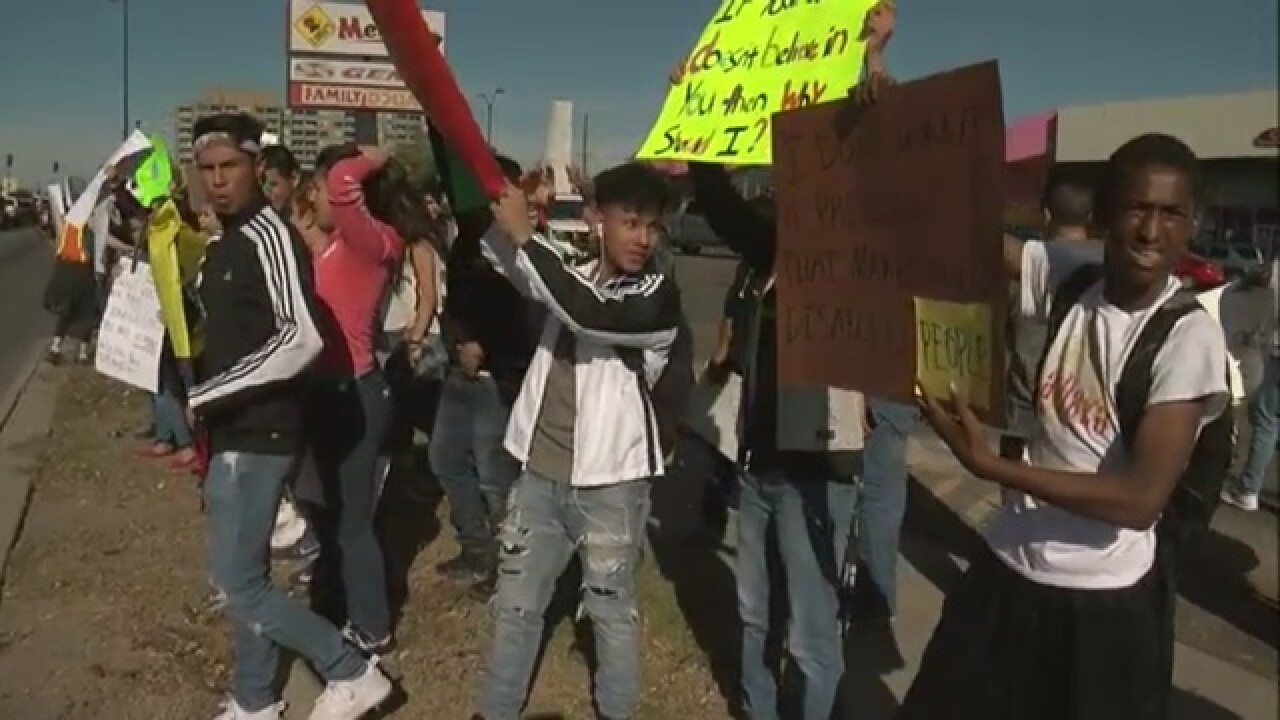 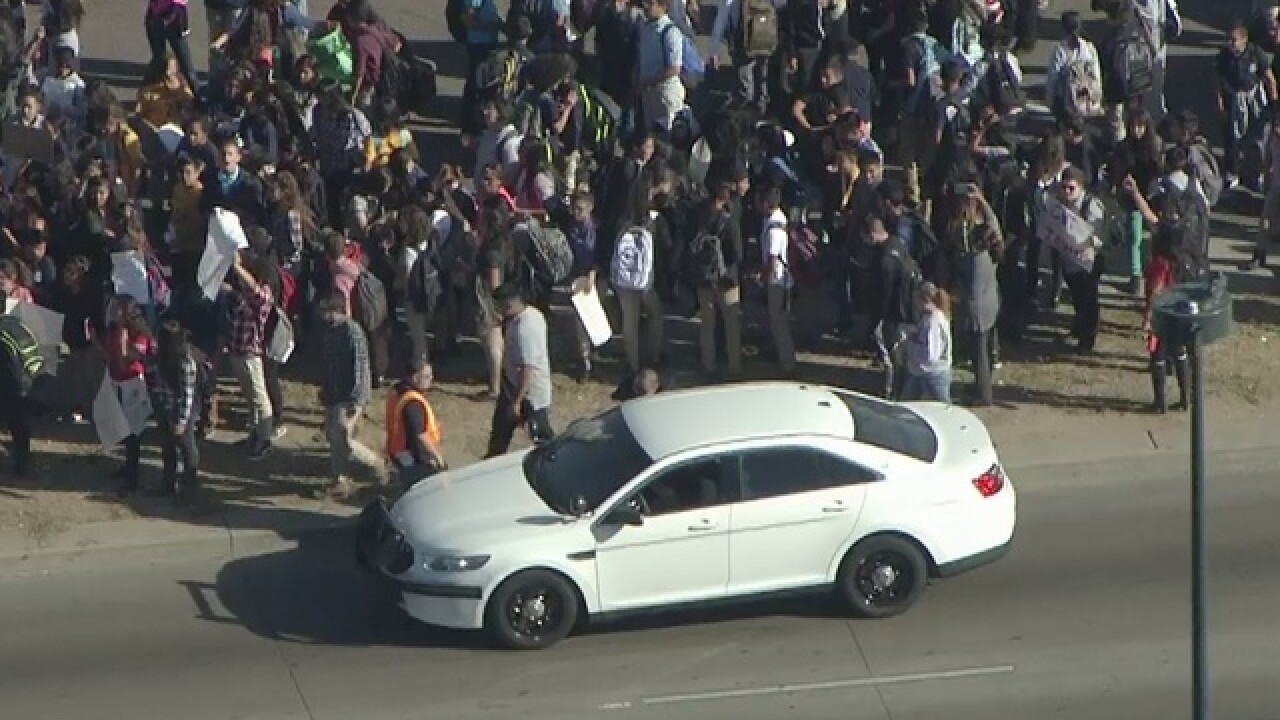 DENVER – Hundreds of Denver-area students walked out of class Friday afternoon in an anti-Trump protest for the second time this week.

DPS encouraged the students to remain on campus for their safety but said it respects the students' right to free speech. District officials said the crowd began to disperse around 2:30 p.m.

This is the second walk-out in a week. Several high school students in the Denver-Boulder area voiced their displeasure with the election results by walking out of class in protest Wednesday.

Students are not the only group protesting. Demonstrations have erupted nationwide, including Denver. Protesters took to downtown streets Thursday, briefly shutting down Interstate 25.

Denver protester Ashley Lynne Nagel said she is scared about the potential loss of freedom, deportations and damage to the environment under the new president.