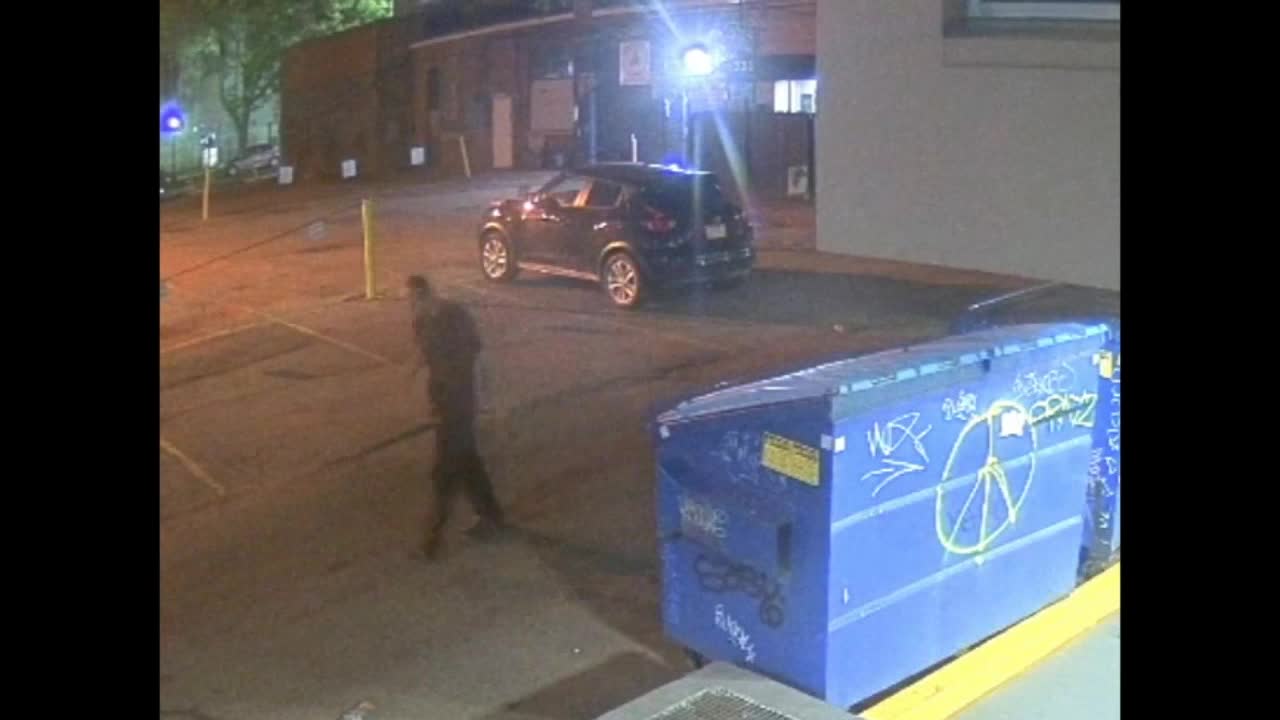 The Denver Fire Department is asking the public for help identifying a suspect wanted by police for arson in connection to a fire at the City Grille in downtown Denver on June 5. DENVER — The Denver Fire Department is asking the public for help identifying an arson suspect wanted in connection to a fire at the City Grille in downtown Denver on June 5.

The fire department said security cameras from nearby businesses captured footage of a man walking in the alley of 321 E. Colfax Avenue just before the fire was reported, which was around 1:20 a.m. on June 5. In the video, the suspect appears to be carrying boxes. At one point, he stopped at the north side of the business and appeared to place at least one item over a fence, according to the fire department.

The fire department described the suspect as a balding, light-skinned man with short, cropped hair and possible tattoos on his left forearm.

According to The Denver Post, nobody was injured in the fire, which mostly affected the exterior, not the inside, of the business.

Metro Denver Crime Stoppers and the Bureau of Alcohol, Tobacco, Firearms have set a reward of up to $7,000 for information leading to the arrest and conviction of the suspect or suspects responsible for the fire.