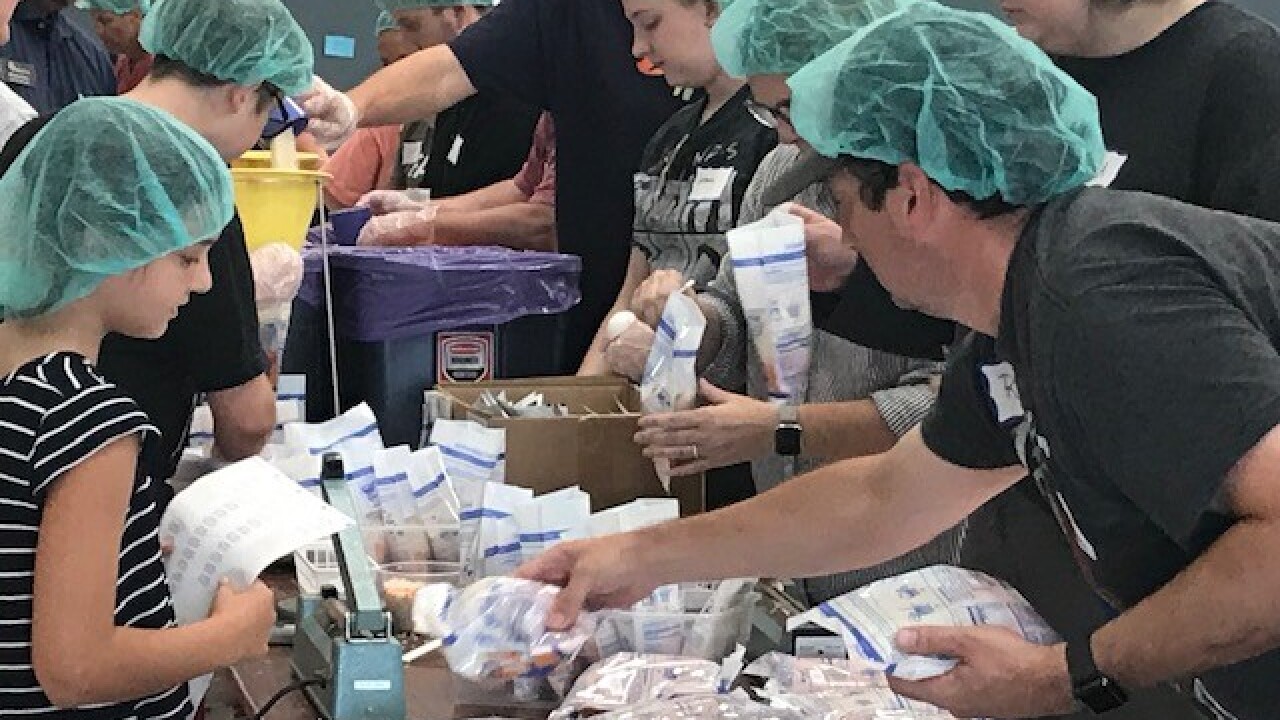 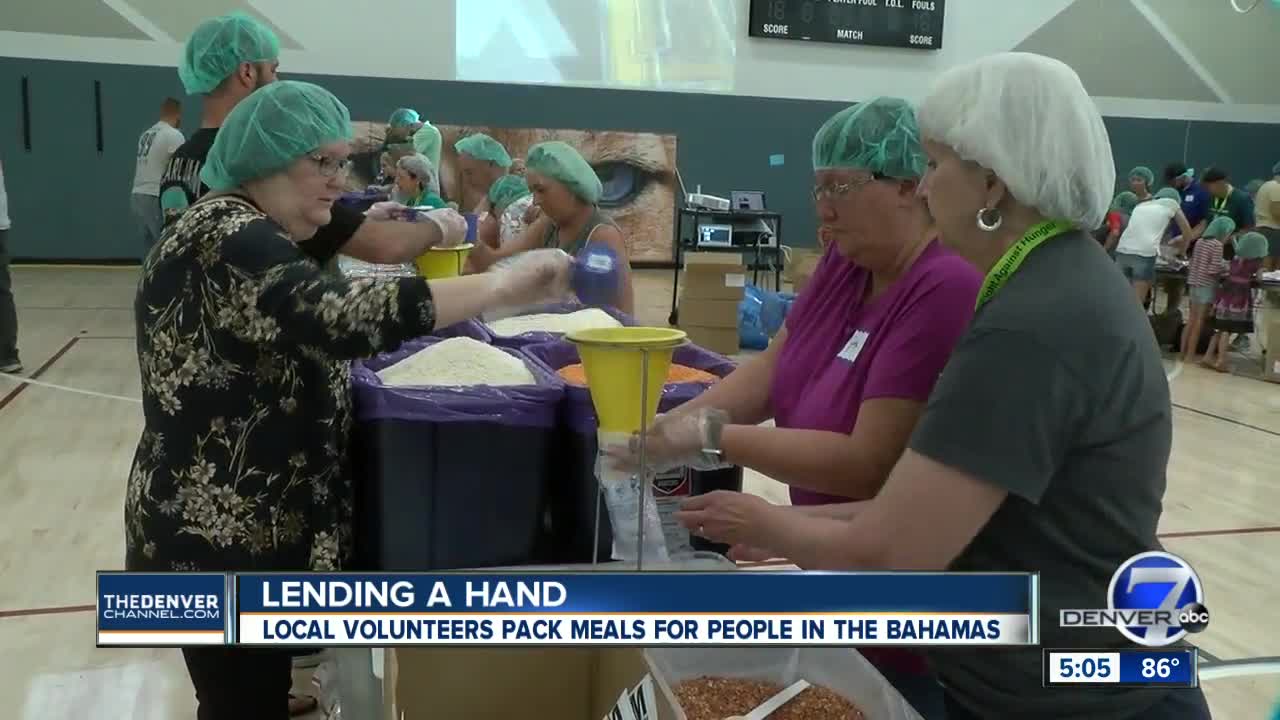 ARVADA, Colo. — While the Denver Broncos and the Chicago Bears battled on the gridiron Sunday, fans of each team were putting their football differences aside to help fight hunger at home and abroad.

Jeantette told Denver 7, in two weeks the first round of meals will reach the Bahamas. But the goal is to send 1 million meals over the next 5-6 weeks.

"They're being loaded on semis as we pack them and they'll be shipped out there to an organization we're partnering with called City Impact," said Jeantette.

Each meal costs about 30 cents to make.

Jeantette said the meals were originally headed to Haiti.

"They're still recovering from Hurricane Michael that devastated them years ago. But because of what Dorian did in the Bahamas just recently there was an immediate need where they just needed stuff right on the ground right away," said Jeantette. "In the day and age we live in, it's easy to be inwardly focused, and it's really important for us to really love our neighbor."