The family of an 84-year old veteran, who died in March, is breathing much easier, knowing their loved one has finally been laid to rest. 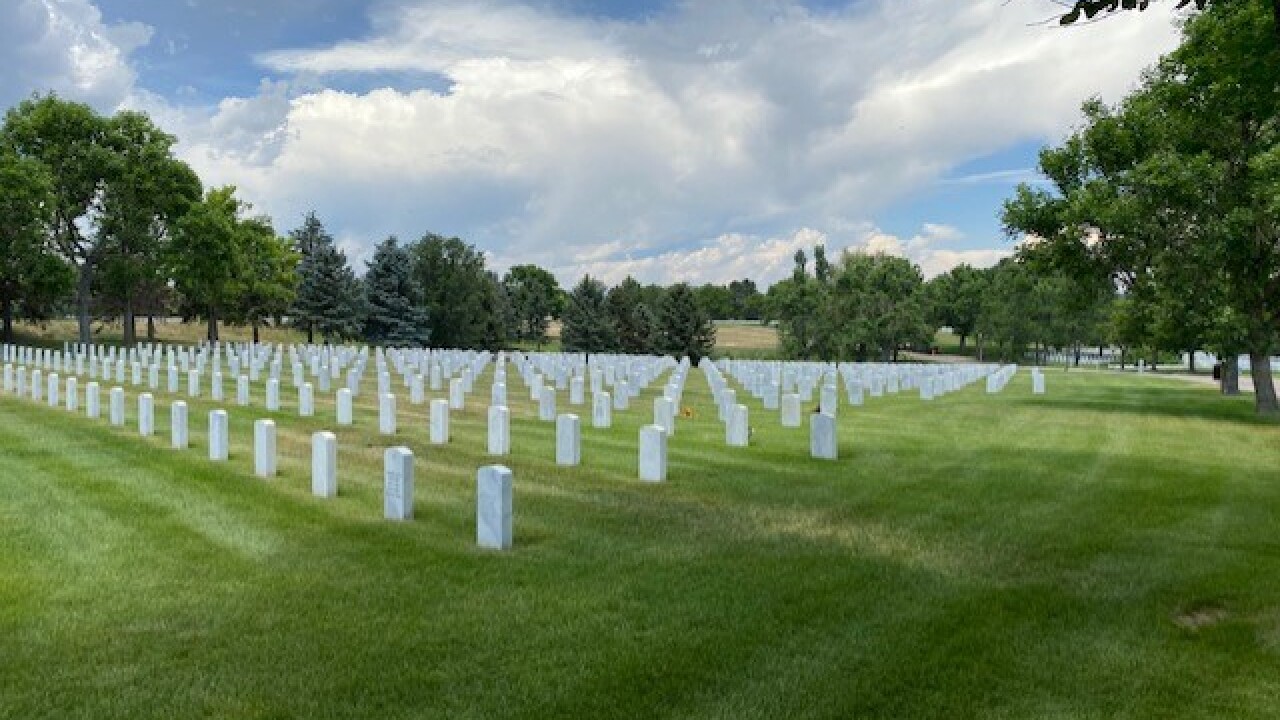 DENVER — When America's national cemeteries imposed restrictions on funeral services, strictly limiting the number of people who could attend, and requiring them to stay in their cars or watch from the street, that was unthinkable for a Colorado woman. She wanted to be by her husband's side as he was laid to rest.

Marilyn K. decided to postpone her husband Ernie's funeral until some COVID-19-related restrictions were lifted. On Friday, she and her family were finally able to say goodbye during a committal service at Fort Logan.

"We waited such a long time for this to happen, and God made it happen," Marilyn, said.

Ernie, 84, had served in the 121st Air Squadron during the Berlin Crisis. That's why Marilyn wanted to give him a funeral with full military honors.

She said they were high school sweethearts, and he was the love of her life.

The Denver couple was one week shy of celebrating their 61st wedding anniversary, when Ernie, who had been ill for awhile, took a turn for the worse.

After a memorial service at Horan and McConaty funeral home in Lakewood, the procession, led by a Harley motorcycle drawn hearse, traveled through the couple's neighborhood.

Neighbors lined the streets to pay their respects.

The Harley then took Ernie to Fort Logan National Cemetery.

"Ernie always drove just plain cars. He never had a motorcycle or anything else," Marilyn said. "I said everybody in their lifetime, or just beyond, has to ride in a Harley, or on a Harley, and he did."

The service included a 21-gun salute, followed by "Taps," and then the presentation of the flag.

It was a service with "full military honors," which is what Marilyn wanted for the "love of her life."

She said they had been married nearly 61 years.

At the end of the service, Ernie was honored with seven strikes of the "Honor Bell."

Touching his casket, Marilyn became emotional as she said, "you will always be in my hear, and I will carry you with me wherever I go."

Marcy, one of the couple's daughter's, told Denver7 last month, that it hurt watching her mom agonize over the delay.

She too now, is at peace.

"Family was the most important thing to Dad, and I'm sure he's thrilled that each and everyone of his children, spouses and grandchildren could be here today to say their goodbyes."

Ernie is now at rest just across, and up the street from his old neighborhood, and Marilyn, while still grieving, is glad the love of her life is in his final resting place.

The following COVID-19-related restrictions are still in place at national cemeteries.

To learn more about the remaining restrictions, visit the National Cemetery Administration website.