Denver drivers urged to 'slow the funk down' 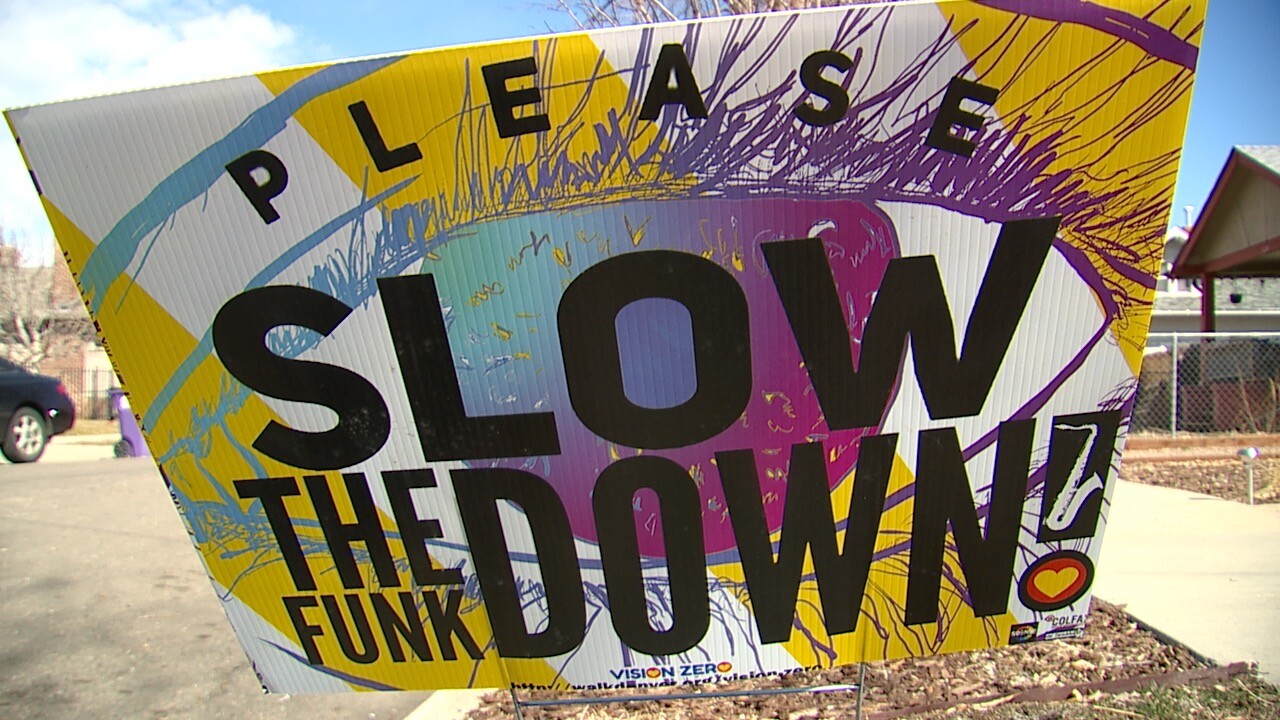 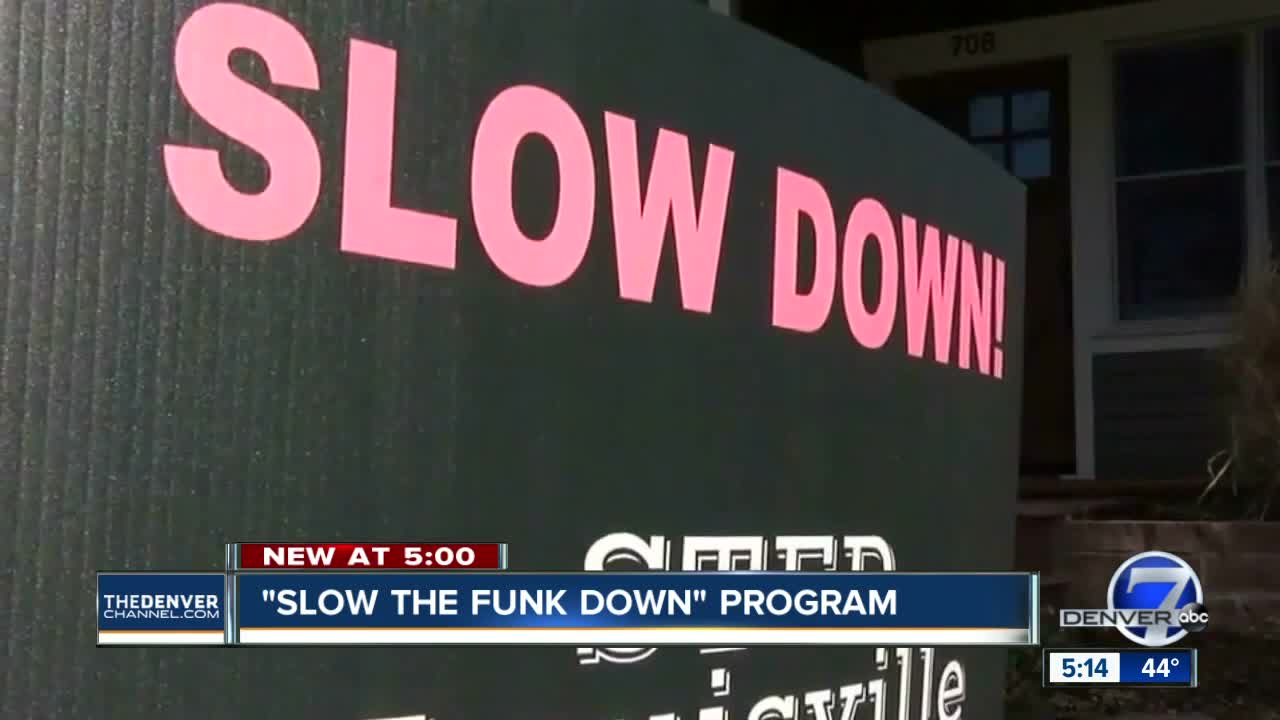 DENVER — Advocates for change and safer roads in Denver have turned to colorful and eye-catching lawn signs and a new mural urging drivers to “Slow the Funk Down.”

“We heard from the community, and one of their biggest concerns around traffic safety is speeding of vehicles through neighborhoods,” said Jill Locantore of WalkDenver.

More than 700 lawn signs have been distributed since the fall, and a mural was recently painted on the side of a restaurant on West Colfax. The message is a strong one, but according to those behind the community art project, it’s important enough to be a bit shocking.

“Part of the problem with traffic fatalities is that we’ve just become numb and used to them happening," said Locantore. "So it takes a bit of a jolt to get people out of that rut an think about ’wait a minute, this isn’t acceptable for people to be dying on our streets every week.'"

The Slow the Funk Down yard campaign is part of the City of Denver’s Vision Zero Program, which was established to eliminate traffic fatalities.

“The signs have sparked a conversation," said Locantore. "People are talking a lot more about traffic safety than they used to."

The effort in Denver is similar to another grassroots campaign that pushed the envelope with its signs "STFD Louisville."

Those signs started popping up around the Boulder County town in 2017, promoting the need for traffic safety improvements. And within months of the campaign, the city began making changes.

But is the “funky” approach actually working in Denver?

Denver7 took a radar gun to a 30 mph section of West Colfax Avenue near the mural and found some speeders but others following the traffic flow hovering at or below the speed limit.

“There is definitely a long way to go,” said Locantore. “This is just the start in building up that will and commitment to change.”