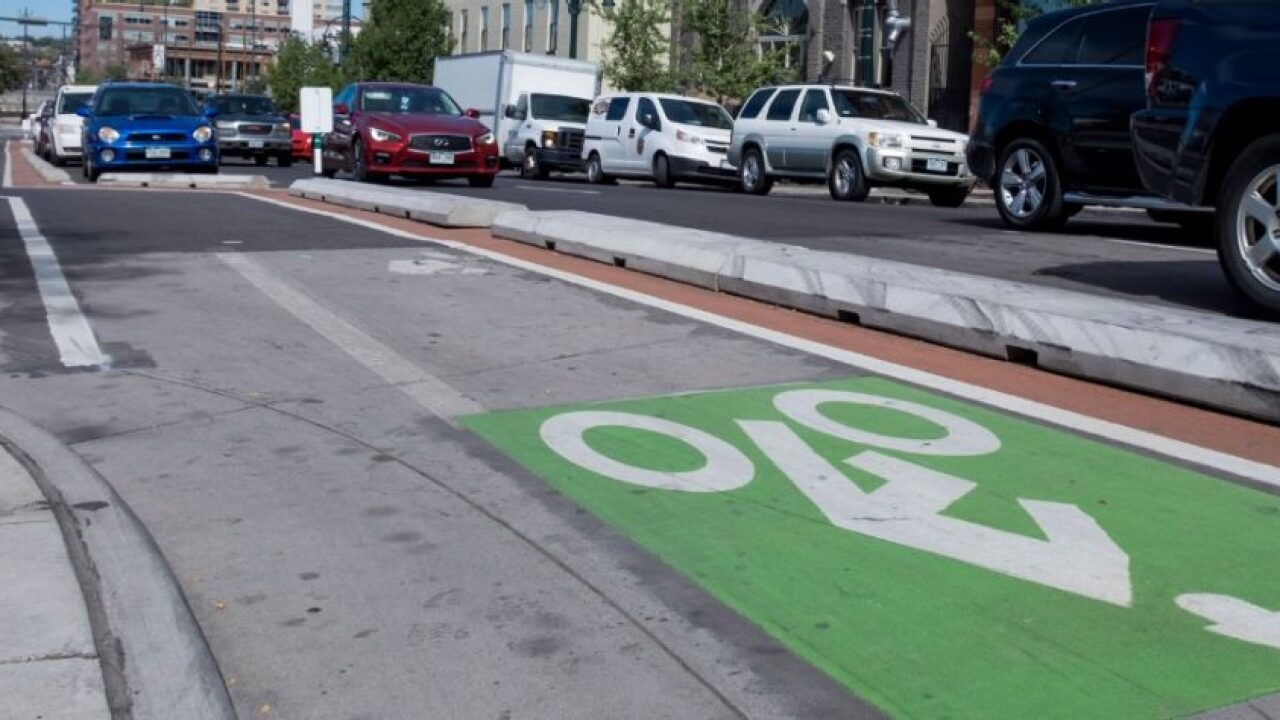 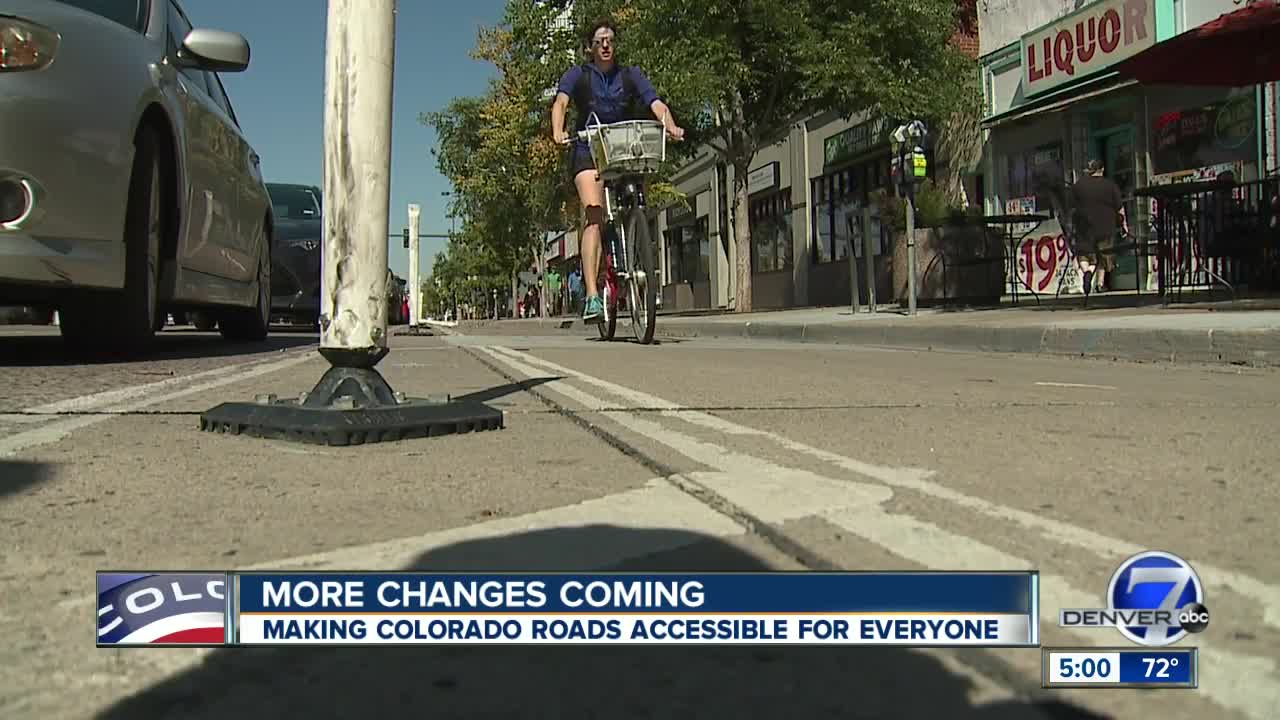 The city plans to convert one traffic lane into a "transit only" lane on 15th, 17th, 18th & 19th Streets, and add protected bike lanes to 18th and 19th Streets.

Denver also plans to extend the protected bike lanes on South Broadway, which are part of a pilot project, and make them permanent.

The expansion is part of a plan to bring multi-modal improvements to one of Denver's busiest streets.

Those refuge areas, or extended, bowed out curbs, will shorten the distance from one side of the street to the other.

Additionally, Kuhn said they will upgrade 13 traffic/pedestrian signals along the corridor.

She said the 24-hour transit lane, already in place the length of the corridor, may get more red markings.

Twelve million dollars has been earmarked for the south segment improvements, between Center Avenue and Speer Boulevard.

To learn more about the Broadway mobility plan, click here.

Kuhn said sections of cement curbs will be used to separate bicycles from automobiles.

She added there are long term plans to extend the protected bike lanes (in the north segment) all the way up to Civic Center, but no funding is available yet for that segment.

Kuhn said the primary goal is to provide everyone on that corridor a safe place to operate.

"These improvements will help organize the corridor and provide predictability and safety for everyone traveling on the street," she said.

Bicyclists and bus riders tend to love them. Car drivers not as much.

Holland still has some scabbing on his nose and chin from a spill he took Thursday trying to get out of traffic.

"I just went over the handle bars and closed my eyes," he said. "That was about it."

The bicyclist told Denver7 that he was trying to get onto the sidewalk, "for safety," when he crashed.

He said he's a big proponent of the plan to extend the Broadway bike lanes all the way to Civic Center.

"It's a lot more efficient," he said.

Scooter rider Denyse Herzberg, who was visiting Denver with her husband, said they too like the protected bike lane concept.

"You feel like your playing chicken with the cars trying to find a space on the road, so I think the bike lanes would be awesome," she said.

Driver Susan Provda said there needs to be a bike lane, but she's not sure they should squeeze automobile traffic into fewer lanes, especially on South Broadway.

"It's hard enough," she said, "especially towards the end where you're getting on I-25, where everyone is combining and trying to join in traffic. I just think it's tough. I don't know if there is any solution to it."

Kuhn said the changes are being made to actually address congestion.

She said as Denver grows, more people will be traveling on Broadway and other city streets.

"It's not viable for everyone to be able to travel by car," she said. "It will only increase congestion. You can move a lot more people through a city on a bus or on their bikes, so we are trying to provide people other ways to move around that will actually help us manage congestion."

Kuhn added that their study shows travel times have not been significantly impacted by the bike lane pilot program.