Chris Herndon wants breed out of the shadows

Copyright 2018 Scripps Media, Inc. All rights reserved. This material may not be published, broadcast, rewritten, or redistributed.
Drew Angerer
<p>NEW YORK, NY - FEBRUARY 13: A Staffordshire Bull Terrier waits to compete at the 142nd Westminster Kennel Club Dog Show at The Piers on February 13, 2018 in New York City. The show is scheduled to see 2,882 dogs from all 50 states take part in this year's competition. (Photo by Drew Angerer/Getty Images)</p> 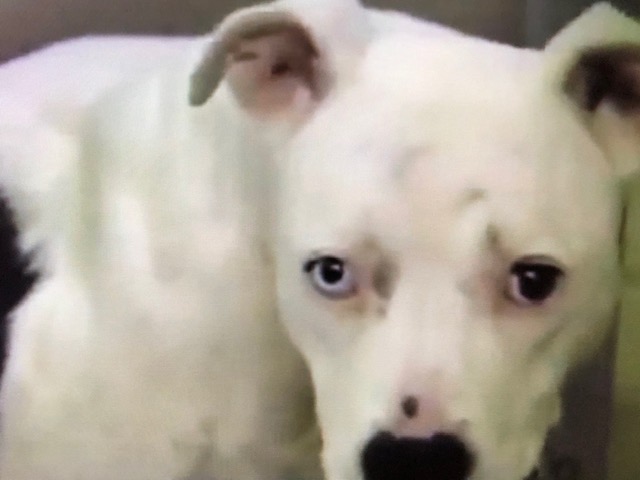 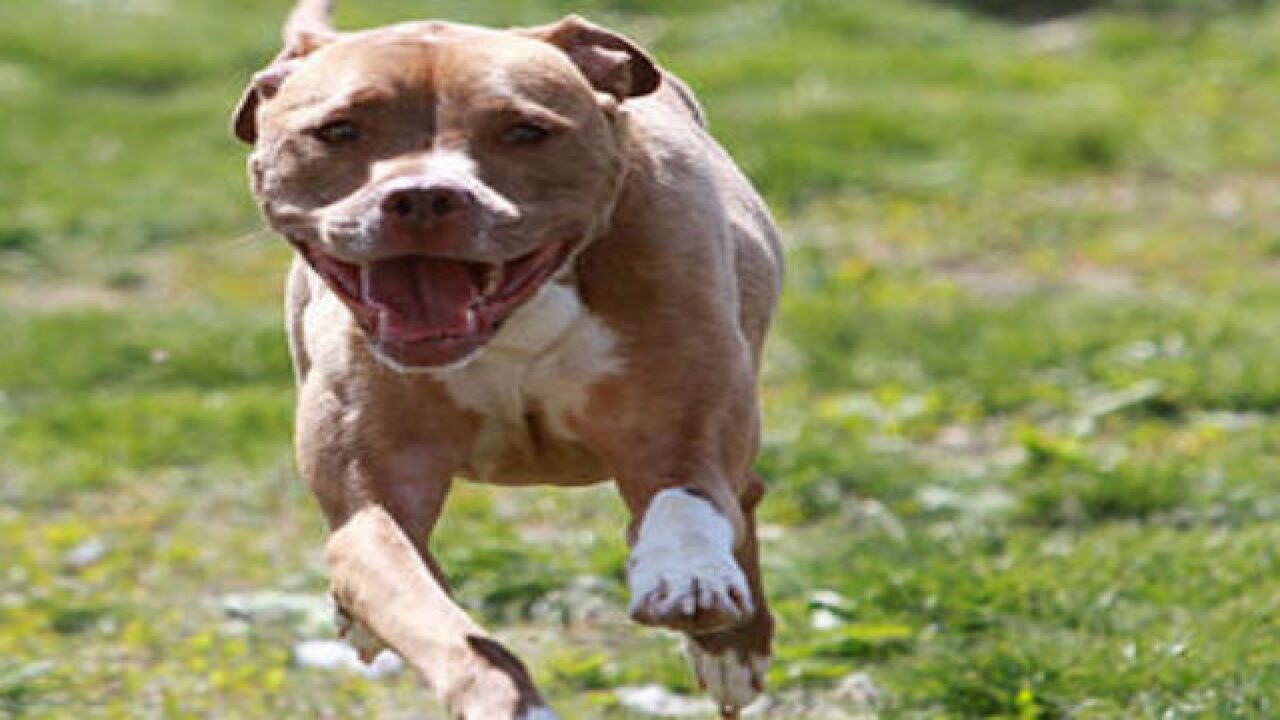 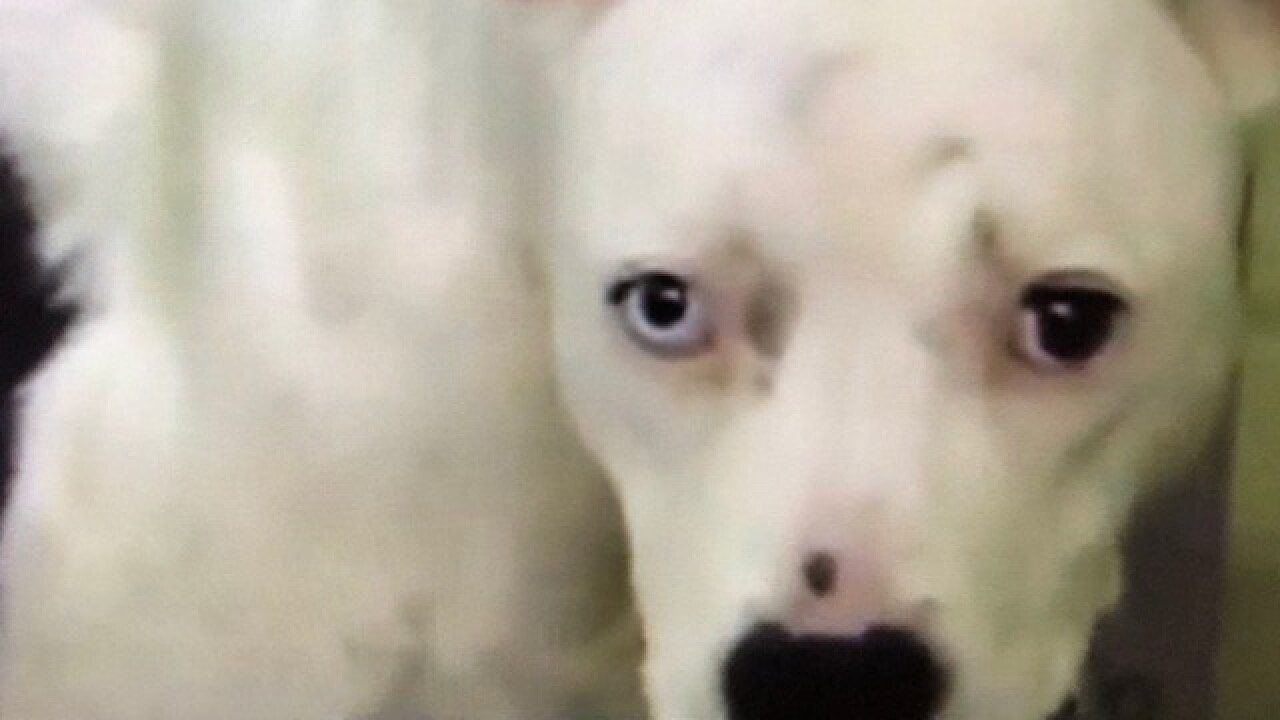 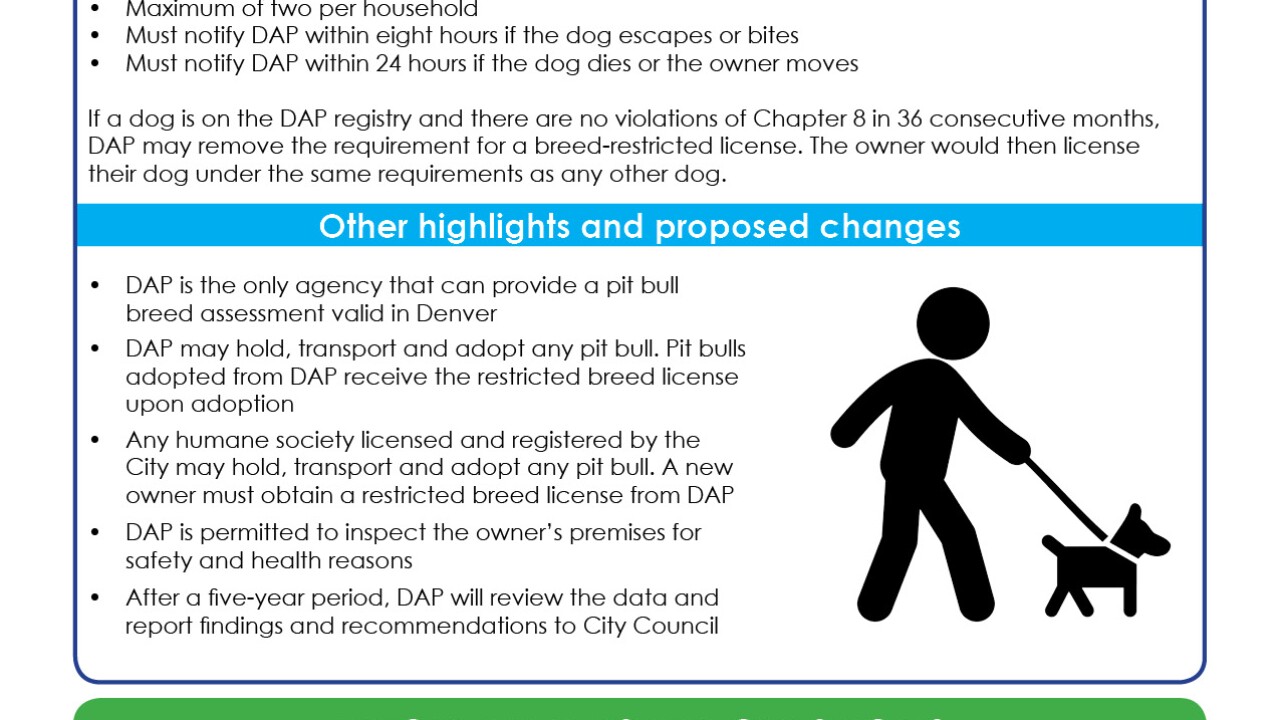 DENVER -- Where some see a killer, others see a best friend.

Denver City Councilman Chris Herndon is seeking to bridge those viewpoints on pit bulls, as he leads the charge to modernize Denver's animal ordinance.

Herndon wants to repeal the the city's 30-year-old ban on pit bulls, but put some special requirements in place, chief among them: a restricted-breed license.

Pit bull defenders say it's not the breed that's the problem, it's the owner, but people who have been injured, or who have lost loved ones to pit bulls, say Denver should keep the ban in place.

Centennial residents Paul and Sharon Sucharski said it doesn't make sense to repeal the ban. Their grandson, Dax, was viciously attacked and killed by two pit bulls in Wisconsin.

Sharon said Dax's parents had taken him to a friend's house. He'd been there several times before and never had a problem with the friend's two pit bulls. But on March 6, 2013, both dogs attacked Dax while he was in their owner's arms.

"It was pretty traumatic," Sharon said. "They broke our grandson's neck."

Sharon added that the attack was so gruesome that first responders and the dogs' owner had difficulty coping with what they witnessed.

There have also been recent attacks in the Denver metro area.

In April, a pit bull ripped into Diane Price's goldendoodle and bit her hand when she tried to intervene. She, her husband, Zig, and their dog, Honey, were all treated for injuries.

A pit bull and a mixed breed dog are suspected of killing three alpacas belonging to Margie Gorniewicz Portsche in Elbert County.

Councilman Herndon said in spite of the ban, there are pit bulls in Denver.

He said if they have issues getting along with others, the owners might be reluctant to seek help from a dog behavior specialist because of concern that the city might take the dog away.

Under his proposal, the owner must register with Denver Animal Protection and get their dog a "breed-restricted" license.

The application would require:

Other conditions of ownership:

If a dog is on the Denver Animal Protection registry and there are no violations in three years, DAP may remove the requirement for a breed-restricted license. The owner would then license their dog under the same requirements as any other dog.

The Denver Dumb Friends League (DDFL) is in support of Herndon's proposal.

"For us, it comes down to community safety," said Maia Brusseau with the DDFL. "We want safe dogs in our community."

Brusseau said in spite of the ban, there are pit bulls in Denver and many aren't being socialized.

Herndon said it's time to bring the breed out of the shadows.

"Where are they? We don't know," he said. "Are they getting the socialization they need? More than likely not, because the owners are afraid to take them out because they might get taken away from their families."

The councilman said his proposal will make the city safer.

"Let more people see them and get comfortable seeing pit bulls at the dog park, or being walked by their owner," he said.

Herndon said the city has a dangerous dog ordinance intended to deal with aggressive dogs that have attacked people or other animals. He said Denver Animal Protection would be empowered to do the breed assessment and track data.

"In five years, let's see what the data tells us," he said. "How many licenses have been issued? How many incidents have we had? That way, a future council can say, 'Are we going in the right direction? Do we need the bill anymore? Do we need to make a change?' I think it's important that we make a decision based on data, not emotion."

"With the ban in place, we've stopped seeing as many attacks, maimings and deaths," Paul said. "Most pit bull owners and lovers say it's the way they're raised and in (our grandson's) case, it's not. I understand he's trying to find some middle (ground), but once somebody is dead, they're dead."

The Denver City Council's Safety, Housing, Education, & Homelessness Committee will take up the issue at 10:30 a.m. on Wednesday, Jan. 22.