Proposal criticized as being unfair to other city employees 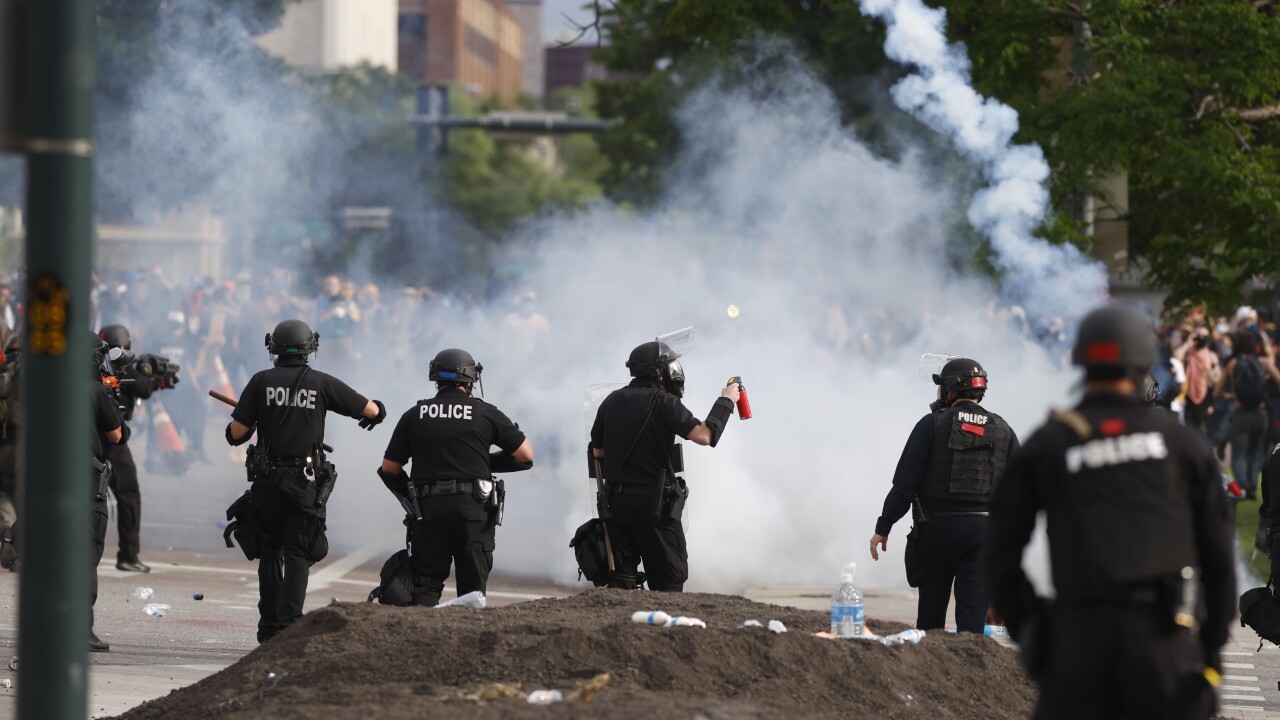 (Copyright 2020 The Associated Press. All rights reserved. This material may not be published, broadcast, rewritten or redistributed.)
David Zalubowski/AP
Denver Police during a protest outside the State Capitol over the death of George Floyd, a handcuffed black man in police custody in Minneapolis, Saturday, May 30, 2020, in Denver. (AP Photo/David Zalubowski)

Denver officials and the police union must return to the negotiation table after City Council rejected a proposed contract agreement Monday night that would have given officers raises as the city faces massive tax shortfalls and furloughs.

The council has not rejected a union contract proposal in recent memory, if it’s ever happened at all. If city and union officials can’t reach a new agreement, the matter will head to arbitration, where it will be settled by an independent third party.

The vote was 8-5 against the contract, with council members Kevin Flynn, Kendra Black, Jolon Clark, Chris Herndon and Debbie Ortega in support.

The council members in opposition complained about a lack of equity given the financial hit other city employees are taking and blamed the Hancock administration for largely excluding them from the negotiations. Some also noted that they were uncomfortable voting on such a substantial contract before seeing Mayor Michael Hancock’s proposed 2021 budget, which will be released Tuesday.