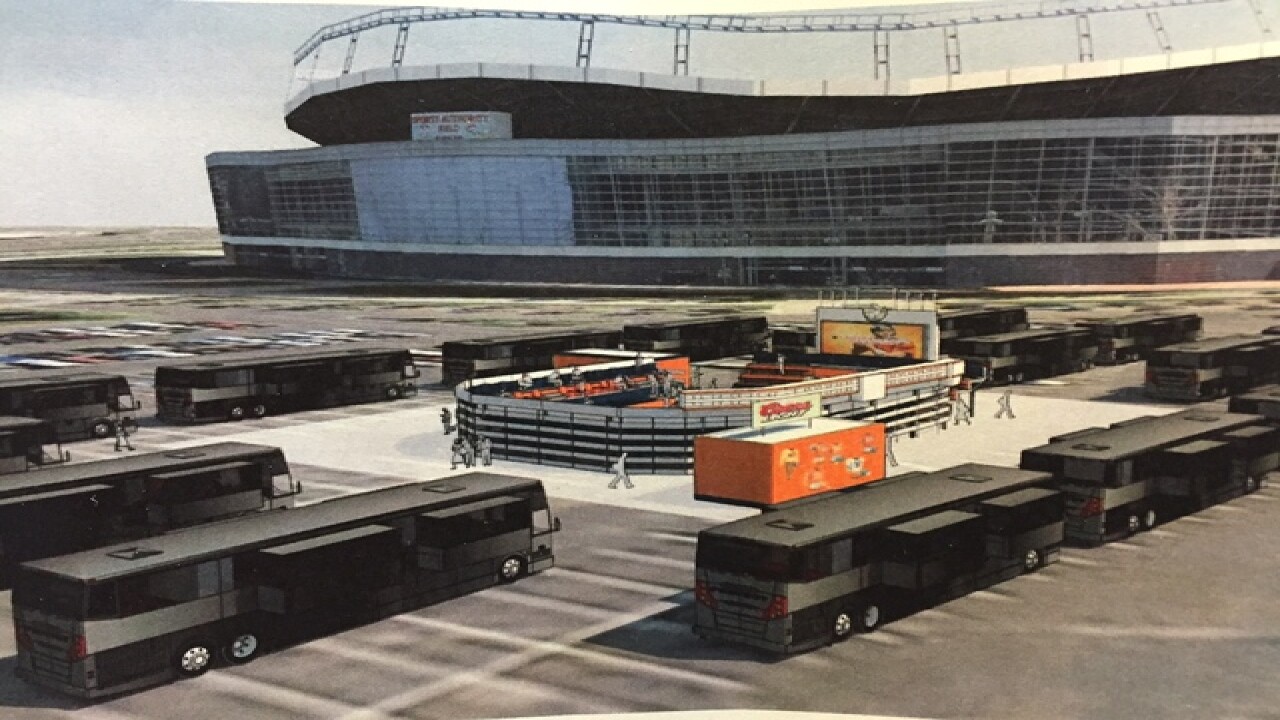 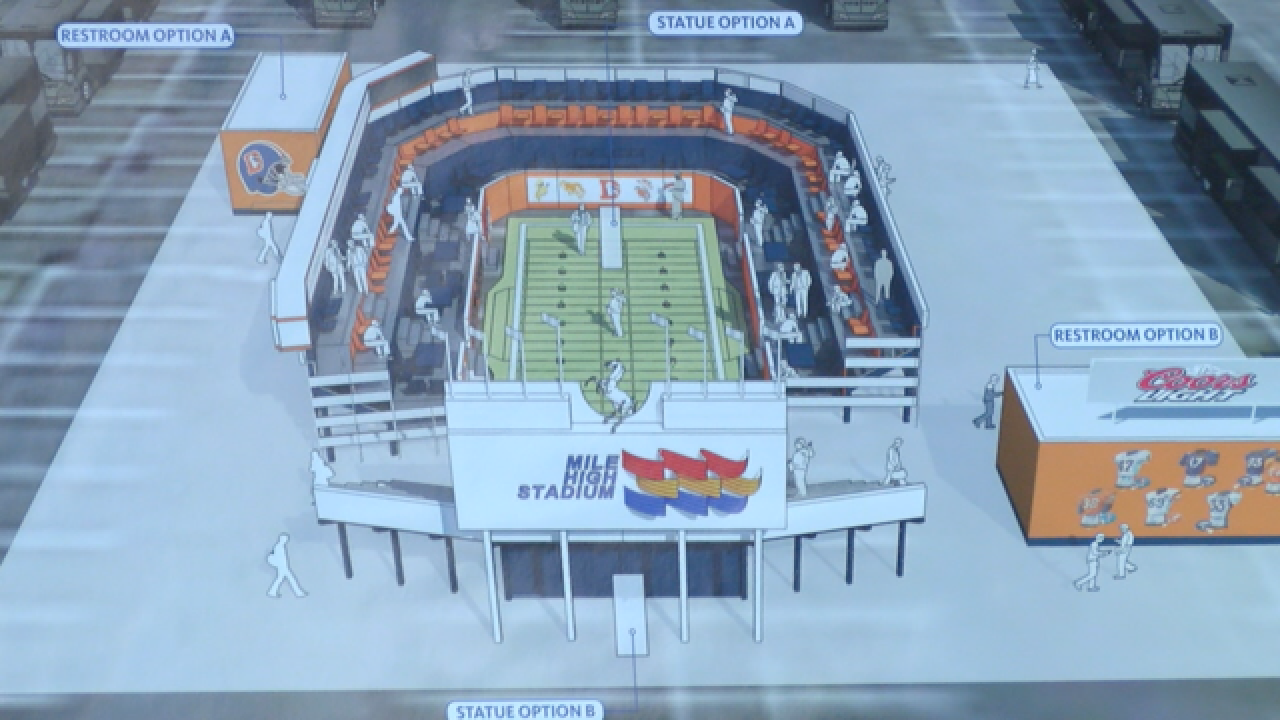 The Denver Broncos are going to rebuild Mile High Stadium -- kind of.

The team plans to build a replica, one-eighth the size, on the original site of Mile High Stadium.

Construction for "Mile High Monument" is expected to begin next month, with the structure to be finished by the Broncos first preseason game in August. The stadium will be about 3,000 square feet and about 11 feet tall.

"People will actually be able to go and sit in a seat as though they were in old Mile High," said GM of stadium management Jay Roberts. "Instead of just having a monument that says, 'Hey, Mile High Stadium stood here,' it's going to be something that people can walk in, take their kids and show them that this is where I used to go to games."

Mac Freeman, the Broncos senior vice president of business development, presented the plan to the Metropolitan Football Stadium District board during the board's quarterly meeting at the stadium on Wednesday morning.

The naming rights for Sports Authority was also on the agenda.

The board's attorney reminded everyone that Sports Authority is current on the contract that calls for another $19.9 million over the next five years, including $3.6 million on August 1.

"If they don't make a payment on August 1, we would give them a notice, and they'd have 30 days -- a notice they're in default -- and they would have 30 days to make the payment, so it would really be September 1," said attorney Craig Umbaugh.

The Broncos representative at the meeting let the board know that there is interest from other companies in case something were to happen with the Sports Authority name.

"If anyone does have any anxiety about it, we've already had some unsolicited calls, people inquiring whether the door would be open," said Freeman.

"We move ahead as business as usual. Long term is there a solution to it? Yes, but we're still hopeful that the contract's going to be honored and that they will live with the commitment that they made," said stadium district chairman Ray Baker. "Long term solution is that they come back a viable company, downsize as to how they feel that they need to be to survive and that they continue to see the great value of the brand here and the Broncos themselves."

The Mile High replica will be built in parking lot J, taking over about 200 parking spaces. There is a parking spot in lot J that has a painted home plate indicating where the stadium used to stand.

"We see on an away game, people being able to host 300 people in there," said Freeman. "They'll have food and beverage, the scoreboard, they can watch our game while we're on the road."

The Broncos plan to use this stadium to honor the history of Mile High Stadium and give fans a place to visit pregame and for special events.

Mile High Stadium was built in 1948 as Bears Stadium, home to the Denver Bears AAA baseball team. The Broncos played at Mile High from the team's inception in 1960 until 2000. The new stadium opened as Invesco Field at Mile High with an Eagles concert on Aug. 11, 2001. The first NFL regular season game was played on Monday Night Football on Sept. 10, 2001. The name changed to Sports Authority at Mile High in August 2011.