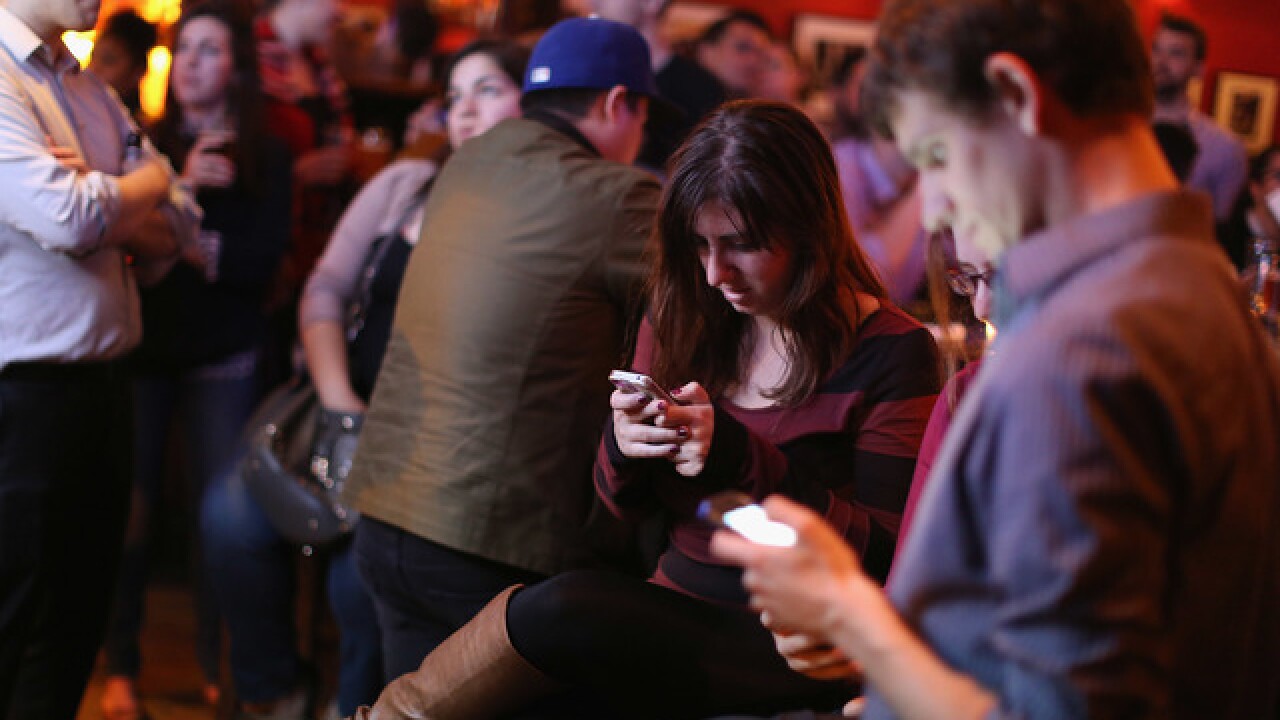 Copyright 2017 Scripps Media, Inc. All rights reserved. This material may not be published, broadcast, rewritten, or redistributed.
Chip Somodevilla
<p>WASHINGTON, DC - OCTOBER 13: Young adults split their attention between the televisied debate and scanningTwitter on their smart phones during a debate watch party at the Local 16 bar and restaurant October 13, 2015 in Washington, DC. Democratic candidates Jim Webb, Bernie Sanders, Hillary Clinton, Martin O'Malley and Lincoln Chafee squared off on the CNN-hosted debate in Las Vegas. (Photo by Chip Somodevilla/Getty Images)</p>

Police say smartphones are being stolen from unsuspecting bar patrons across the city. But the criminal doesn’t stop there.

Police say when the victim calls their phone to locate it— usually the next day — the thief picks up and impersonates the bar manager.

According to this scenario provided by police, the scammer now has complete access to the victim’s phone, including photos and personal information, and could move money via apps tied to the victim’s bank account.

Scammers lock the victim out by changing the phone’s passcode.

Police say since May of 2017, they have seen nearly 40 cases similar to the scenario described above. They offered the following tips to avoid becoming the next victim of this scam:

1. Always keep your phone secured! If it is in a bag or purse, make sure the bag/purse is closed and that the phone is not in a place from which it can be easily grabbed.

3. Do not link payment apps to other accounts, especially public ones (social media).

4. Do not give your PIN, passcode, or other passwords out at any time, to anyone.

5. If your phone is missing or stolen, log on to your account and wipe all your personal information and deactivate any payment accounts immediately.