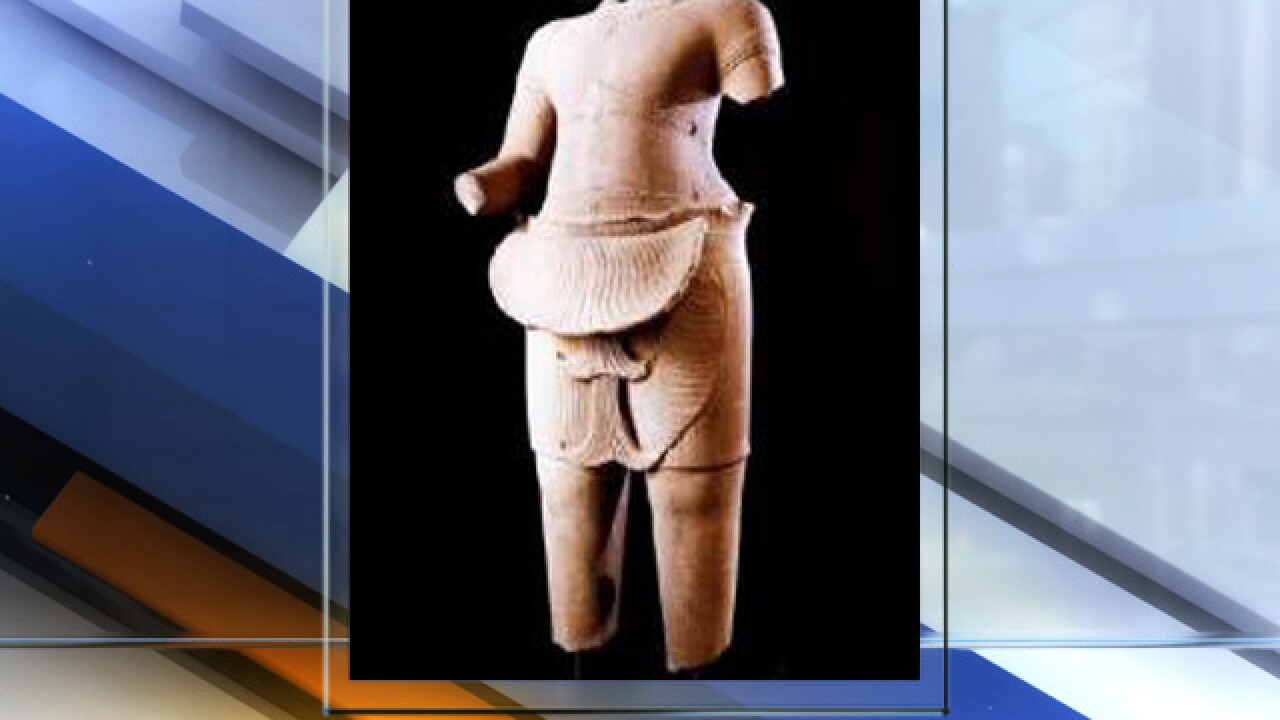 A 10th century sandstone sculpture that was on display at the Denver Art Museum has been sent back to Cambodia.

The Denver Post reports (http://dpo.st/1UvxXp6) the Cambodian government had been pushing for the return of the six-foot-tall piece, the "Torso of Rama," which has no head, arms or feet. It was likely looted from the country decades ago, along with other ancient Khmer objects that ended up in museums across the U.S.

The Denver Art Museum acquired the sculpture from a New York City gallery in 1986.

The Cambodian government identified the sculpture in 2013 and called for its return.

The museum says it arranged to have the piece returned after researching its origin.

According to the Post, if a museum's piece must be returned, it is liable for all costs.