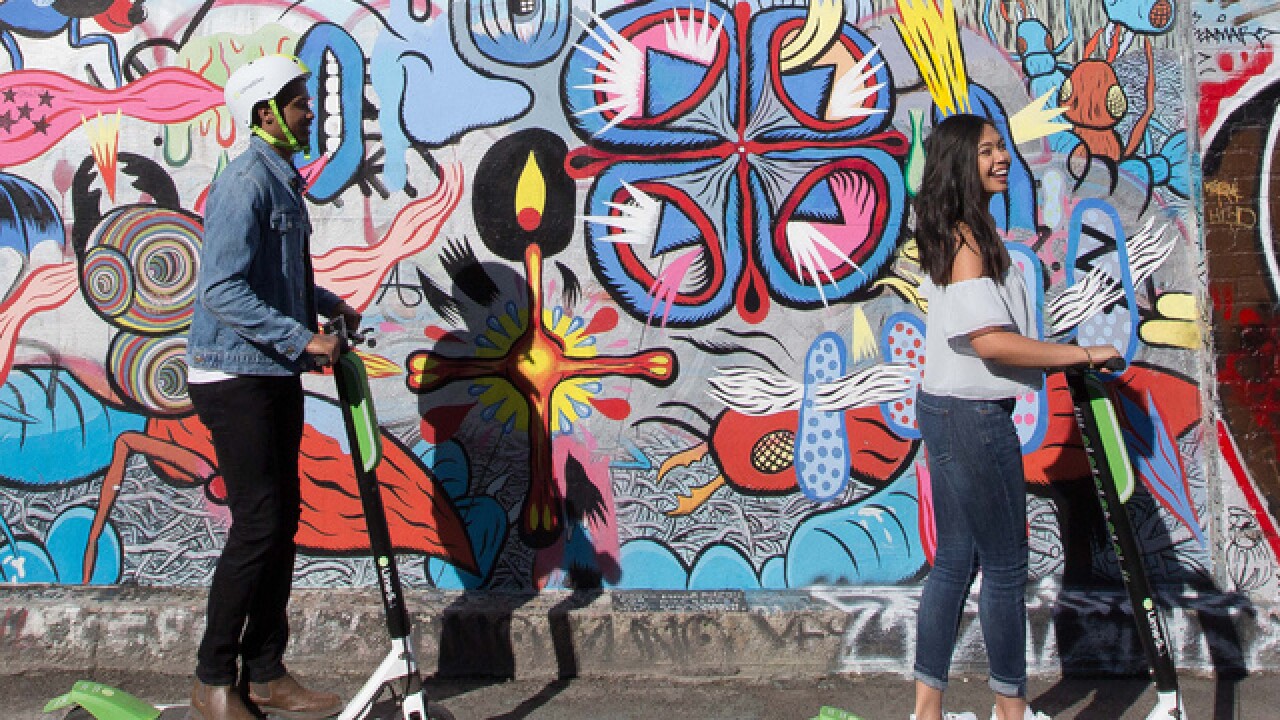 Courtesy of Lime
<p>Lime said Monday it will remove all scooters from Denver while it works with the city's public works department to plan a pilot program. </p>

DENVER – The city’s sidewalks and streets will soon be filled once again with dockless scooters and bicycles—though this time they will be legal and permitted.

Denver Public Works had two of the companies, Lime and Bird, remove their scooters late last month for a few weeks as it worked to develop a new Dockless Mobility Pilot Program for companies to apply for permits.

Public Works said Wednesday it was notifying five scooter companies and three bicycle companies that their permits had been approved, though the companies will deploy their products at various times over the next several months.

"We’re very excited to be able to resume serving this city of Denver and all the people in it. We had a great run in the beginning there and we're excited for the next steps," said Sam Sadle, the director of strategic development for Lime.

The pilot program is expected to last for one year, according to the city. It’s all part of the city’s plan to try and reduce the number of single-passenger cars commuting from 73 percent of the total to 50 percent by 2030.

"Roughly 40 percent of our riders were actually replacing car trips. That’s Lyft, Uber and others as well as single-occupancy vehicle. So, we found really it is being used in lieu of trips and hopefully that can contribute to the mayor's mission around mobility and his goals of increasing non-car transit by 2030," Sadle said.

Each scooter company will be allowed to bring 350 electric dockless scooters to the city. The companies and their expected deployment dates are as follows

The three companies permitted to bring their bicycles to the cities will be allowed to bring varying numbers of bikes to city sidewalks:

The electronic scooters are currently classified as “toy vehicles” that can only be operated on sidewalks—not on roads or bike lanes for the time being, though the city said that was subject to change.

"We’re working with the city on implementing a code of conduct for riders. First and foremost, be sure to yield to pedestrians. Pedestrians have the right away in the city," Sadle said.

Staffers will also be watching to see how effective users of the scooters and bikes are in keeping them in mandated dockless areas, at bus or transit stops. The dockless areas will be painted next month, the city said. There will also be a host of other rules for users.

To find more information about the pilot program, click here. Denver residents are asked to send feedback on the scooters and bikes involved in the program to docklessmobility@denvergov.org.