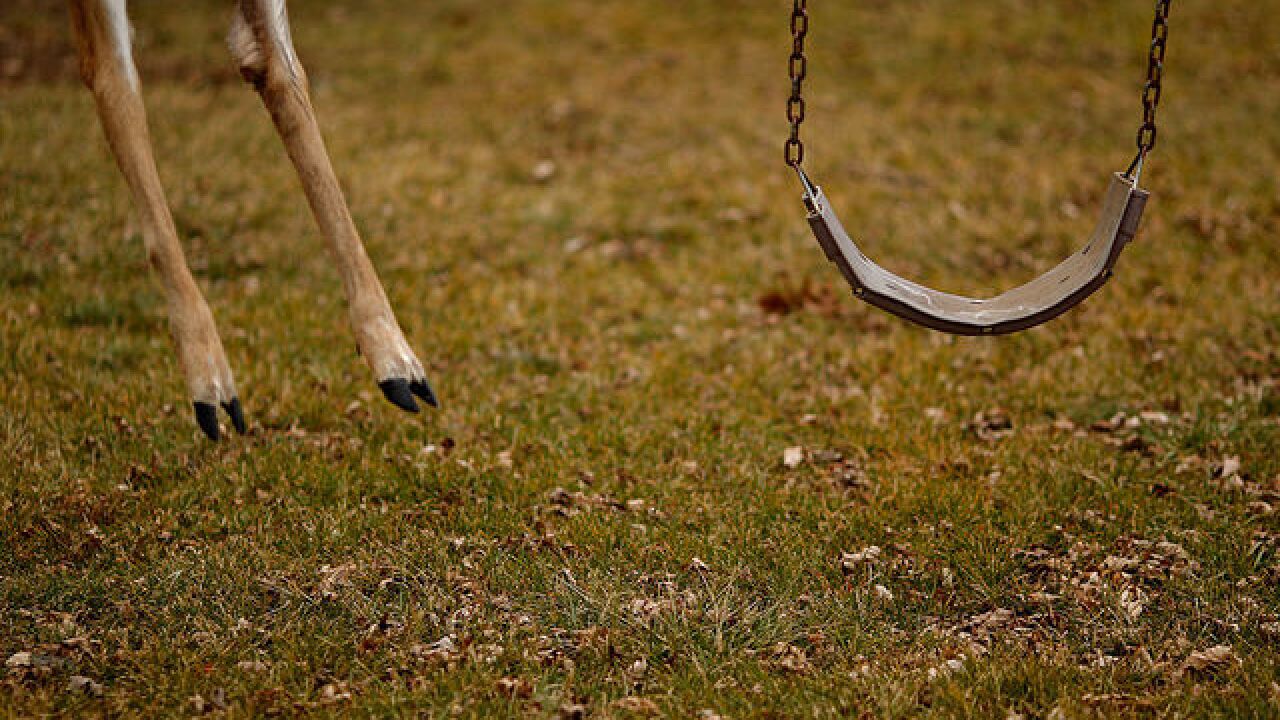 DURANGO, Colo. – State wildlife officials are warning Colorado residents to take caution around deer and are also asking homeowners to tidy up their yards as the animals enter peak mating season.

According to a Colorado Parks and Wildlife release, during the “rut” bucks are territorial and loaded with testosterone and may attack people. Deer can also see dogs as threats. Wildlife officials say people should keep their distance if they encounter deer in their neighborhood.

Officials are also recommending those with messy yards to pick up items that might snare the animals, such as swing sets, volleyball nets, bicycles, vegetable-wire cages, hoses, etc.

“We’ve seen bucks hung up in things like hammocks, clotheslines and plastic fencing,”  said Patt Dorsey, southwest regional manager for Colorado Parks and Wildlife. “When that happens it’s very stressful on the animal and sometimes fatal. It can also be dangerous for people who might come in contact with a deer that is in a stressed-out condition.”

People displaying holiday decorations and lights are also asked to exercise caution. Lights should be attached firmly to structures, or strung at least eight feet off the ground.

If you do see an animal with items stuck in its antlers call the nearest CPW office. Do not approach the animal or attempt to cut them off yourself, the agency warned.

The rut for deer usually continues until late December.