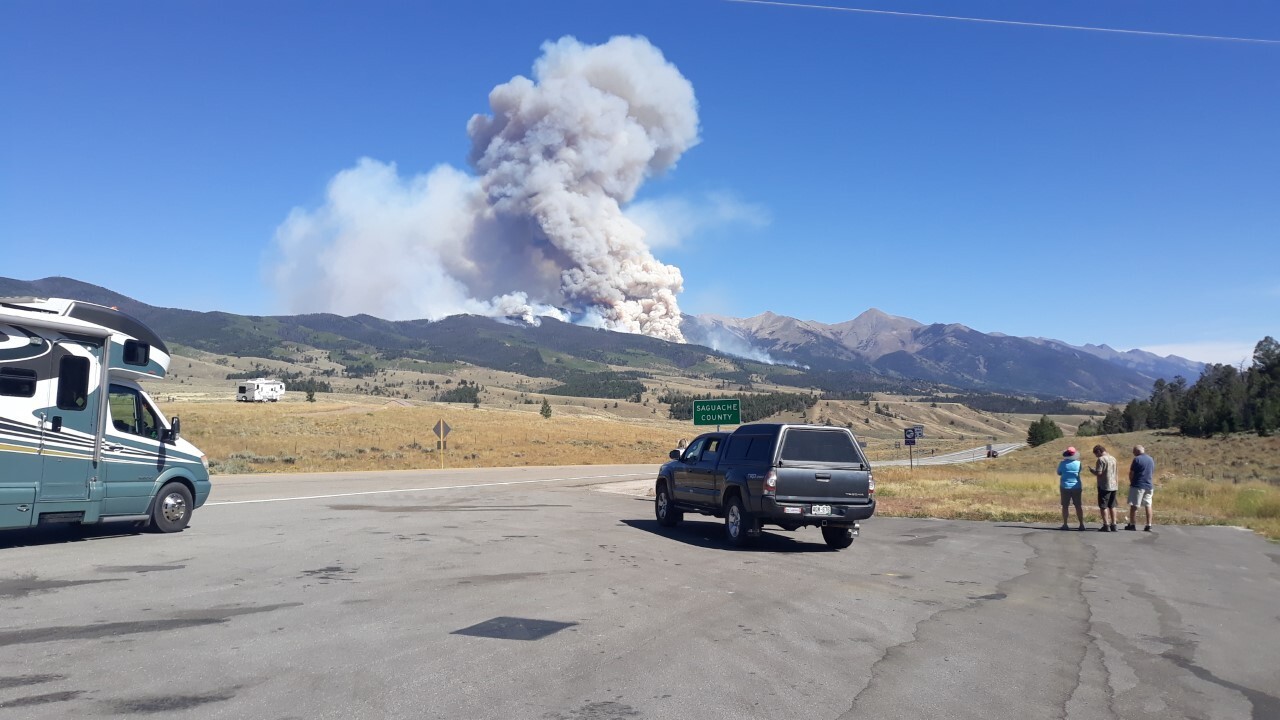 The Decker Fire, which has been burning since Sept. 8 about nine miles south of Salida, almost reached 850 acres Sunday afternoon.

The previous estimate, which was released on Saturday at 2 p.m., had the fire at about 355 acres. There was significant growth Saturday, but Sunday’s calmer winds and increased cloud cover kept fire activity to a minimum, officials said.

The fire remained active over the past week thanks to low humidity, higher temperatures and consistent wind, fire officials said.

The U.S. Forest Service estimated that 80% of the trees in this area have died from blowdown or beetle-kill. The fire is being managed to remove those high-risk fuels to reduce the risk of a dangerous, future wildfire.

Officials said they believe the Decker Fire was ignited after lightning struck a grove of green aspens around 10,700 feet in elevation.

The fire is visible at night from the US 50 and US 285 corridors. Officials are asking passing drivers to refrain from stopping in the road to observe the fire.

So far, no closures or evacuations have been announced.