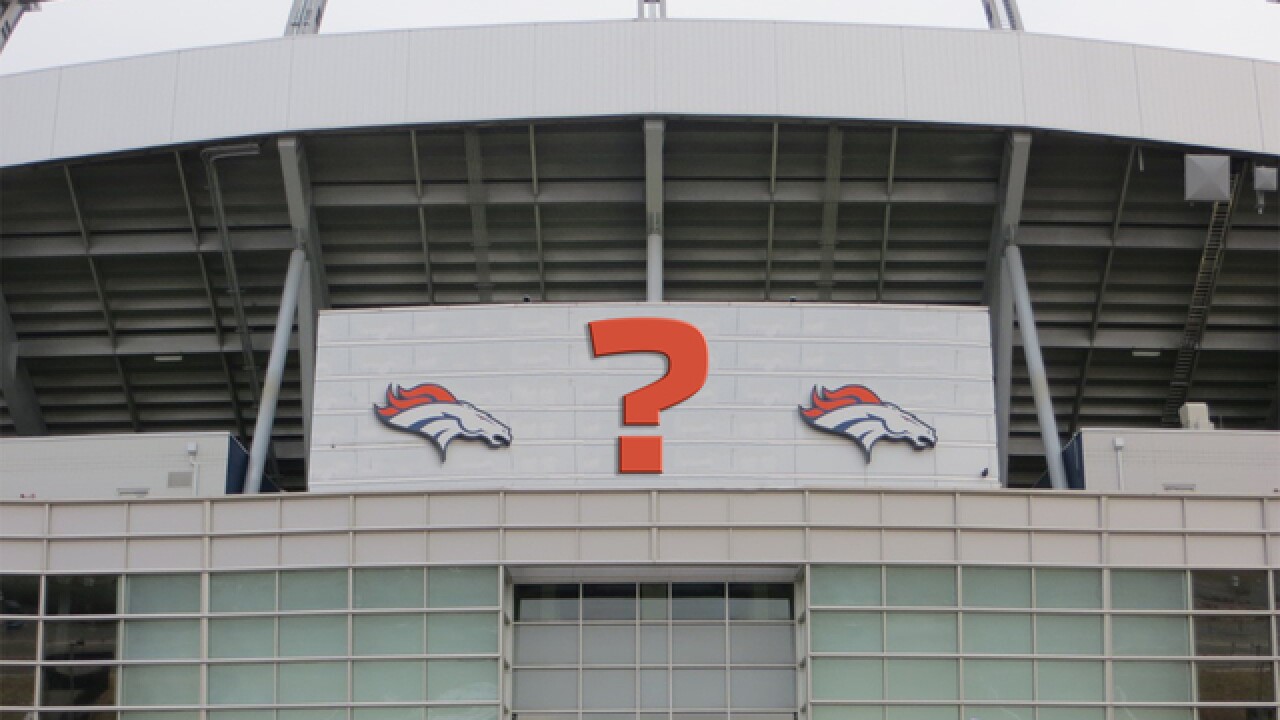 DENVER, Colo. -- The naming rights for Sports Authority Field at Mile High are still on the market. A spokesperson for the Broncos said the team is not aware of any offers to replace the name on the iconic stadium.

The July 19 deadline of 5:00 p.m. appears to be extended again. According to Hilco Streambank's website all proposals are due by 11:59 p.m. on Monday, July 25. A previous deadline was set for June 23.

A picture on the bank's website shows an arrow pointing to the stadium and says "your name here."

The website goes on to describe the "unique opportunity to own the naming rights to the stadium of the reigning Super Bowl Champions." It says the contract would be good for five seasons, through 2020/2021. The deal also includes prominent signage on the inside and outside of the stadium.

According to the bank, the 2001 contract is valued at $3M per year which sounds like a bargain compared to Metlife Stadium home of the New York Jets and Giants, valued at $20M per year.

Denver7 has reached out to Hilco Streambank.

According to previous reports, the bankrupt Sports Authority is $2 million behind on payments to the Denver Broncos for naming rights.