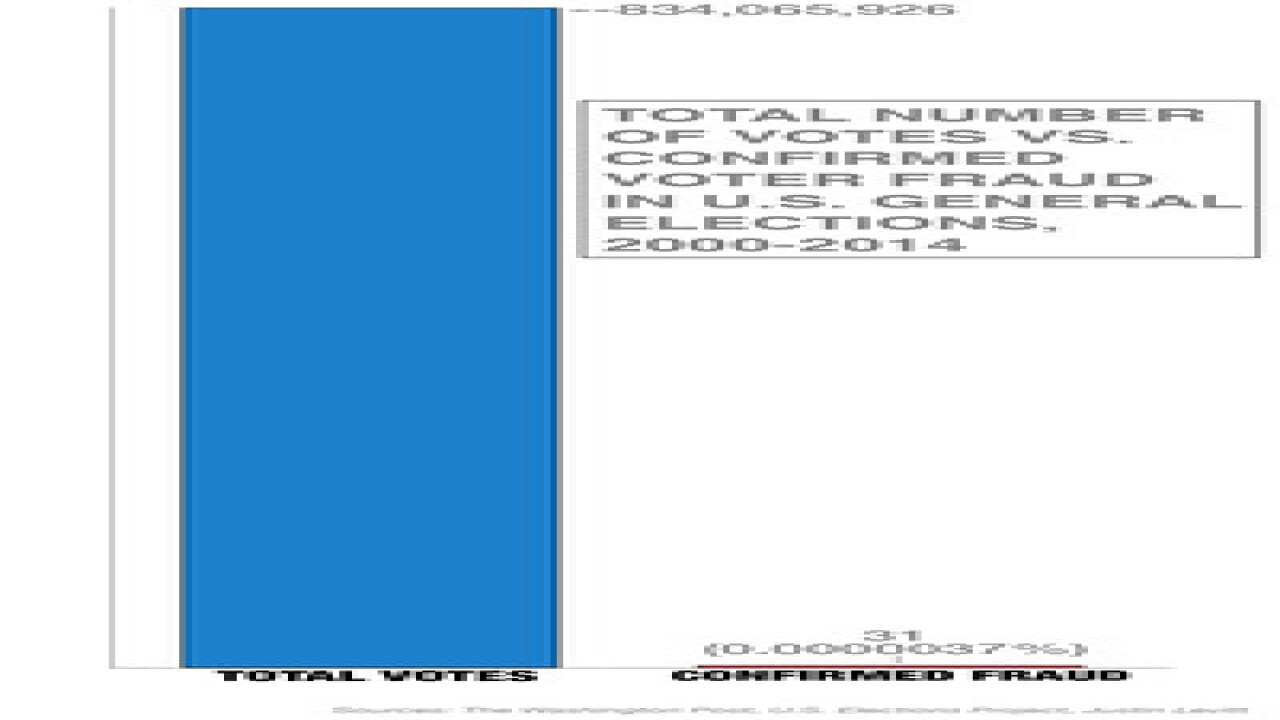 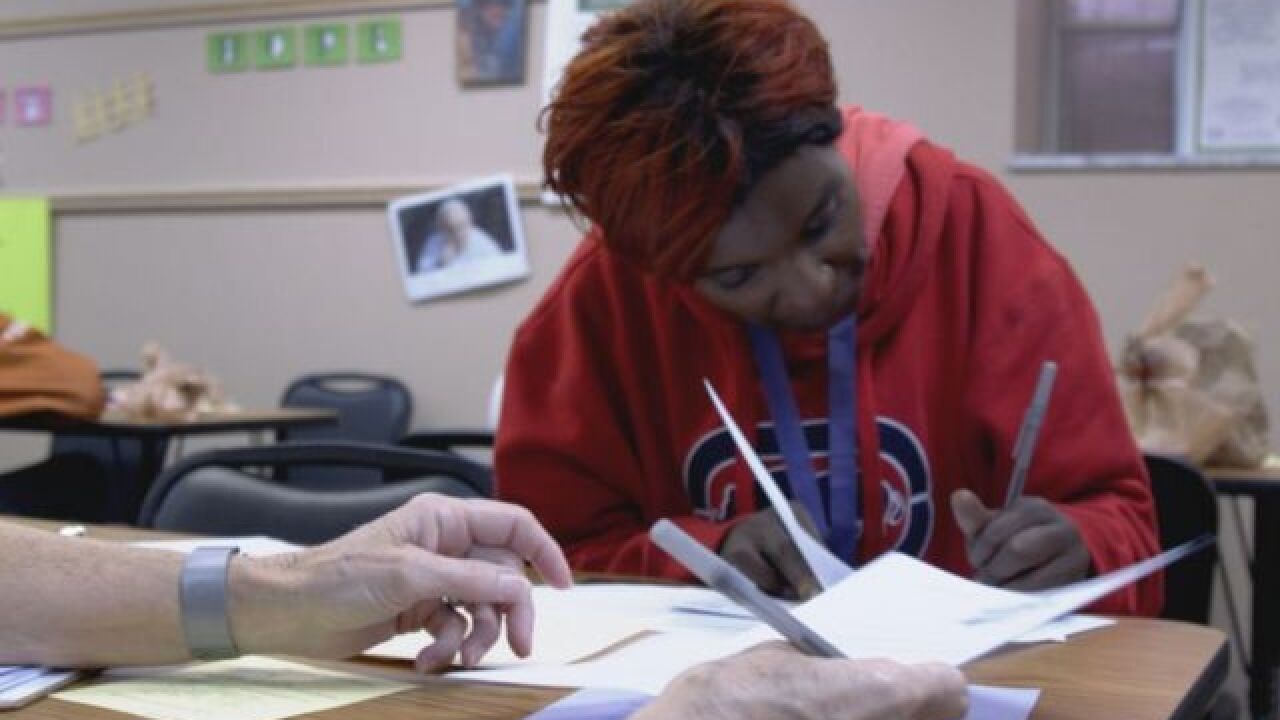 DENVER – As Donald Trump continues to push unfounded claims of election rigging and voter fraud during the upcoming election, it’s important to note that a miniscule amount of confirmed voter fraud has occurred in the U.S. over the past several general elections.

In 2014, the Washington Post and Loyola Law School professor Justin Levitt looked into every general election from 2000 to 2014 and found only 31 possible incidents of in-person voter fraud that affected around 241 ballots.

During that time period, 834,065,926 ballots were cast in the general election alone. That number tops 1 billion when one adds in primary votes.

When taking just the number of votes from the general elections, the percentage of possible voter fraud cases comes out to 0.0000037 percent of the total number of votes.

That means the chances of voter fraud being committed are less likely than you getting struck by lightning in a single year, and a little more likely to occur as you winning the lottery on a single ticket.

But allegations of voter fraud on signatures drives for ballot issues in Colorado have been levied this year, as the Secretary of State’s Office has identified three cases of potentially-forged signatures appearing on the petitions.

The Attorney General’s Office is looking into questionable signatures on a failed anti-fracking initiative, and is investigating another case of possible forged signatures from a petition to help raise the minimum wage. That ballot issue did qualify for the November ballot. The group that turned in those petitions qualified for the ballot with 16,000 more signatures than needed.

In May, only Denver7 broke the story about dozens of forged signatures on petitions that helped a U.S. Senate candidate qualify for the primary ballot. The woman who turned in those signatures, Maureen Moss, was arrested and is awaiting her next court date in September.

State Rep. Patrick Neville, R-Castle Rock, told Denver7 earlier this month that he is considering legislation next session to have the Secretary of State verify that the signature on a statewide petition matches the signature of the voter on file.

“While there are occasional instances of voter fraud, Colorado’s processes are very good at catching attempts to commit voter fraud,” Colorado Secretary of State Wayne Williams, a Republican, said in a statement to Denver7 Monday. “We are working to improve our processes and prosecute those who break the law.”

But his spokeswoman, Lynn Bartels, condemned Trump’s hints with a sharp message:

“Donald Trump has been tweeting about elections being rigged, but he offers no evidence of such. I can say on Twitter I’m a super model, but that doesn’t make it so.”

The Colorado County Clerks Association also sent an open letter to voters Monday, saying it “is appropriate to remind voters that our system is the best in the world and will achieve meaningful and credible outcomes.”

More information on the election at the federal, state and local levels can be found here.