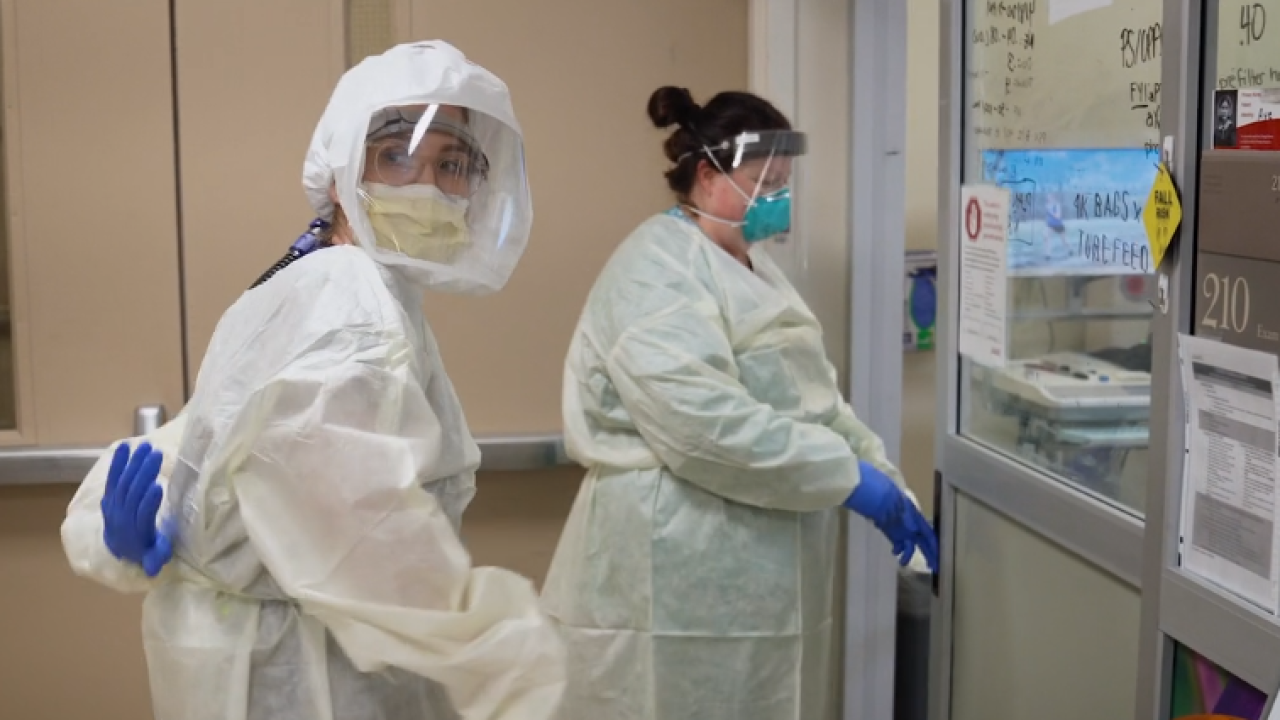 A look inside the dedicated COVID-19 unit at UCHealth at University of Colorado Hospital.

DENVER — The Colorado Department of Public Health and Environment and the Colorado Hospital Association on Thursday said they are partnering to release new data on COVID-19, including current hospitalizations, daily discharges and the number of facilities expecting possible resource shortages.

The latest data can be found on the state's website here.

On Thursday, Julie Lonborg, senior vice president for the hospital association, said the numbers show that social distancing is working in Colorado. Hospitalizations, while still much higher than discharge and transfer rates, have shown signs of leveling off this month.

As of Wednesday afternoon, 859 patients had been admitted over the last 24 hours, while 239 patients had been discharged or transferred to a lower level of acuity. The number of discharges has rose steadily since the state began tracking the data Sunday. Four facilities reported that they anticipate an ICU bed shortage in the next week, down from seven last week. Three reported an anticipated staff shortage in the next week, down from five earlier this week.

"As hospitals have worked to ‘raise the bar’ by increasing capacity so we can care for more patients, Coloradans have helped to ‘flatten the curve’ so that a surge of patients won’t overwhelm our system’s capacity," Lonborg said.

Officials this week, including Gov. Jared Polis, have said they feel good about the current capacity levels in Colorado hospital.

The social distancing has also had a secondary impact on the healthcare system. Less cars on the road has led to less traffic accidents, Polis said, and less interaction has led to fewer flu cases.

Last week, Dr. Richard Zane, an emergency medicine specialist at the University of Colorado Hospital in Aurora, said the hospital still has enough ventilators and that it "feels as though we've really leveled off from the number of patients who were being admitted."