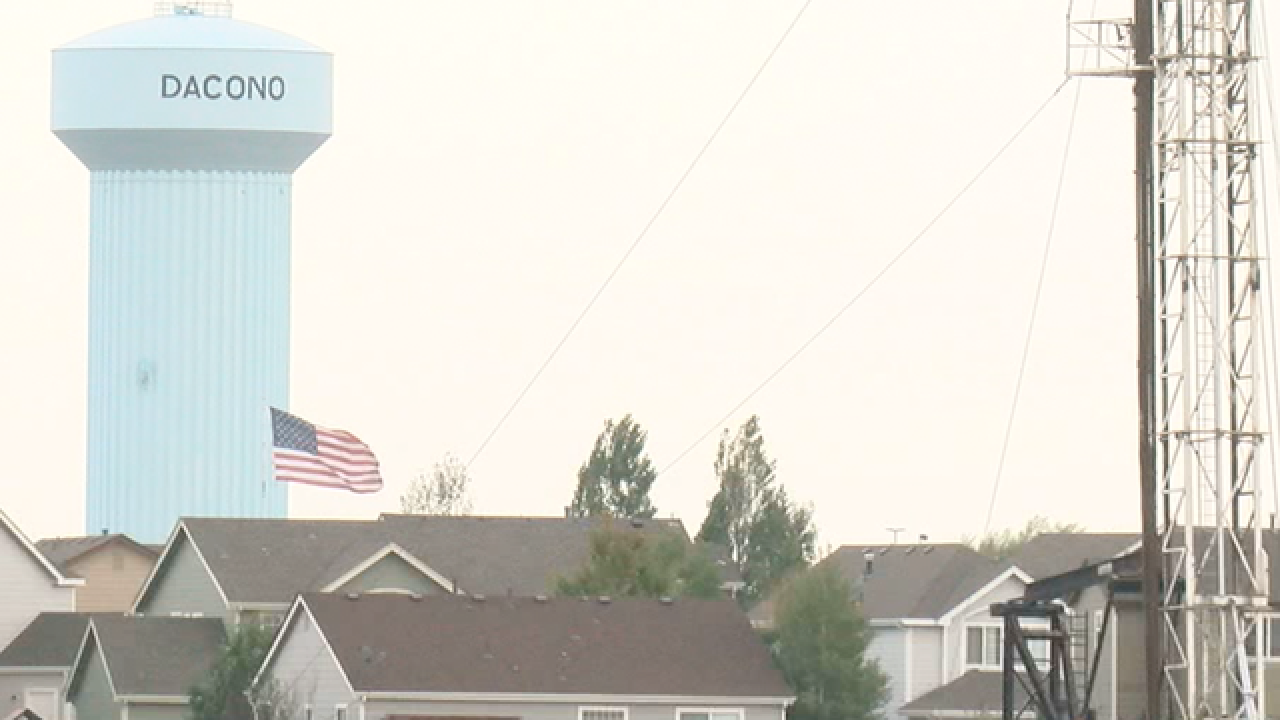 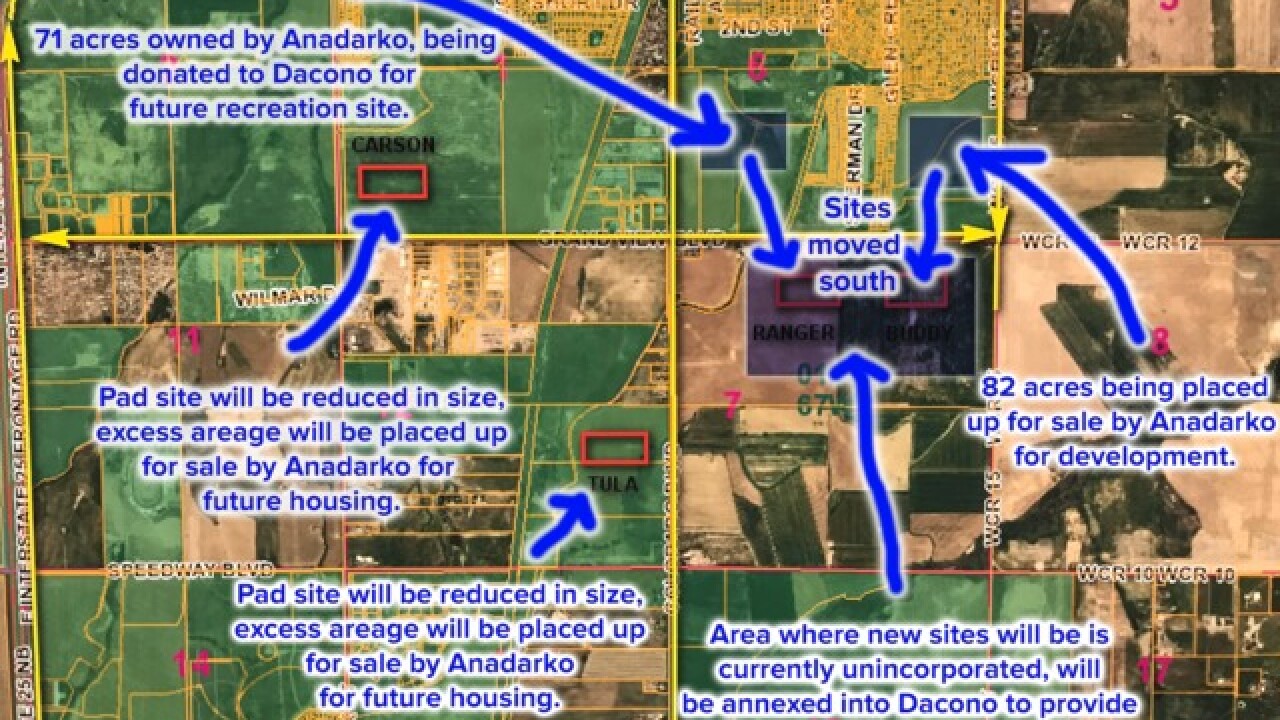 DACONO, Colo. — Anadarko Petroleum Corp. won approval Monday evening by the Dacono City Council to begin drilling in area that will soon be annexed by the city.

In a 6-0 vote, the Dacono City Council passed a resolution to approve an operator agreement and annexation agreement with Anadarko.

Anadarko initially purchased two large plots of land near homes. However, pressure from residents and city officials forced the company to move the well pads further south and outside of city limits.

Monday’s resolution will allow the City of Dacono to annex the new well pad site in order to benefit from the tax revenue from the operation.

Anadarko has also agreed to, after drilling is complete, sell two other excess areas of land surrounding their well sites to developers so homes can be built in the next few years.