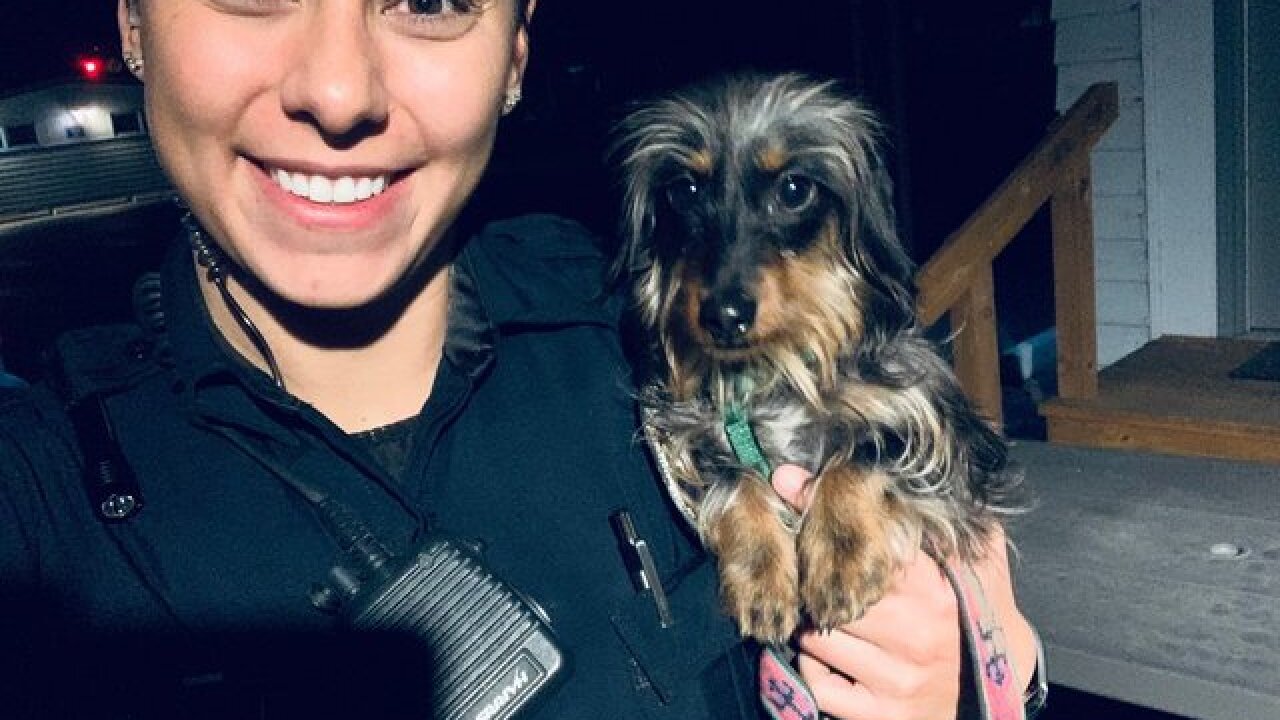 ARVADA, Colo. — Police have recovered a puppy that was inside a vehicle when a suspect or suspects stole the car Sunday morning.

The Andersons had their hands full with a 4-week-old baby, two dogs and a move from Texas to Oregon. To break up the drive, the family stopped at a relative’s house in Arvada.

On Sunday around 5 a.m., they packed up the car and moved it closer to the house. The car wasn’t running, but the fob to start it was left inside and the vehicle had a push-to-start button. As the family was getting ready to leave, a suspect got into the car and took off with not only the vehicle, but the couple’s 10-month-old Dachshund, Ciri, inside, said Cheliesa Anderson.

On Wednesday morning, Dave Snelling with the Arvada Police Department said the vehicle was spotted at 64th Avenue and Oak Street. Police tried to stop the vehicle and were unsuccessful. Westminster police spotted it near 88th Avenue and Sheridan Avenue and a short pursuit followed. Police stopped the car through tactical measures, though they were unable to give more details. Two people were arrested.

Arvada police said the puppy was recovered and is OK. Before the dog was recovered, the suspects attempted to steal the Anderson's other car, but the battery was dead. They were however able to break inside and steal multiple items, including Anderson's mom's ashes.

"A lot of the stuff in there was expensive and irreplaceable, like my mom's ashes and her jewelry, her pearls and stuff like that," she said.

As of Wednesday at 7 a.m., it is unclear if the car or ashes have been returned or recovered. A relative started a GoFundMe page to help them raise money to replace some of the items that were stolen and pay for a rental car.