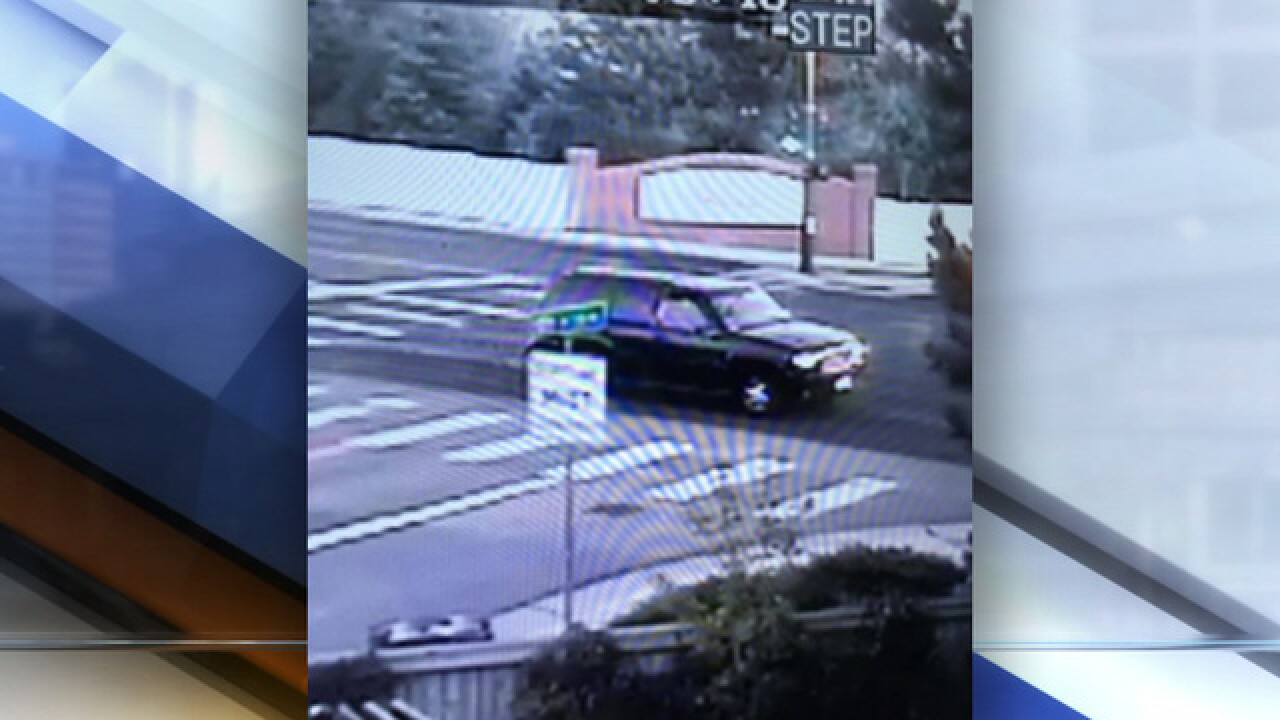 UPDATE MONDAY, 2:05 P.M. — Northglenn police announced at 2 p.m. Monday that they had made an arrest in this case. Tina Montoya, 38, was arrested in connection to the hit-and-run. Updates are not available on the cyclist's condition.

NORTHGLENN, Colo. — Police are looking for a suspect driver and car involved in a hit-and-run that left a cyclist seriously injured.

On Monday shortly before 7 a.m., the Northglenn Police Department responded to a report of a vehicle crash involving a pedestrian near the intersection of W. 112th Avenue and Pecos Street.

Officers received information about how a cyclist was traveling northbound on Pecos Street when they were struck by a vehicle traveling eastbound on W. 112th Avenue.

The car was described as a dark-colored older model SUV. The driver continued traveling eastbound.

The cyclist was transported to a nearby hospital with serious injuries.

Anybody with information this crash is encouraged to call Det. Jackie Spresser at 303-450-8859.