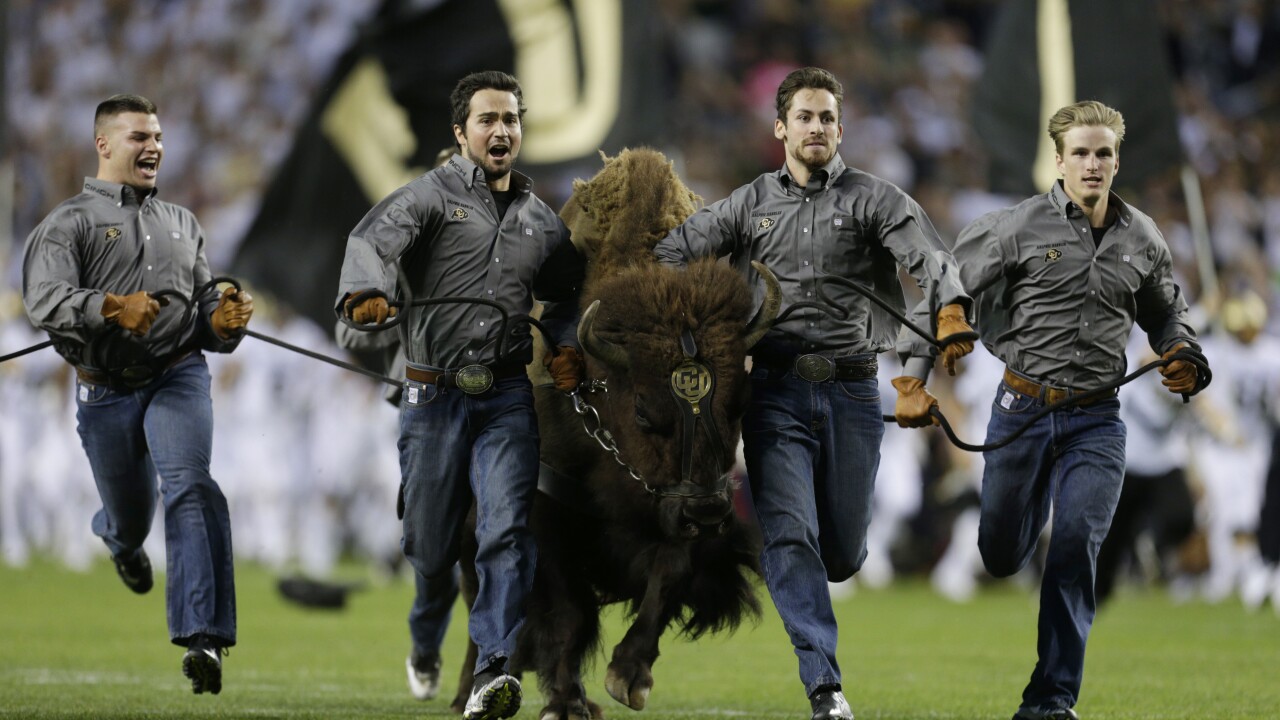 BOULDER, Colo. — The 13-year-old buffalo who has served as the University of Colorado’s mascot for the last 12 seasons is officially retiring, the university announced Tuesday.

Ralphie V is in excellent health but wasn’t having the consistency she had displayed in prior years, according to the release.

“She has been so excited to run that she was actually running too fast, which created safety concerns for her and her handlers. She also wasn’t consistently responding to cues from her handlers, and her temperament was such that she was held back from leading the team out for CU’s last two home games against USC and Stanford,” the news release read.

The buffalo will make her final appearance during CU’s last home game of the season against Washington on November 23. Ralphie V will not run during the game, but her career will be celebrated, according to CU.

Ralphie V, the second-longest serving Ralphie, will retire to the ranch she has been living at and will make periodic public appearances while her replacement is groomed for the next season.

The original Ralphie ran at 78 games over 12 seasons; Ralphie II ran at 53 games in nine seasons; Ralphie III ran 73 times over 11 seasons, while Ralphie IV ran at 75 games in 10 seasons. IV was the last Ralphie to appear at a regular-season road game, traveling to Georgia in 2006, where she was showcased with Uga, the school’s famous bulldog mascot.