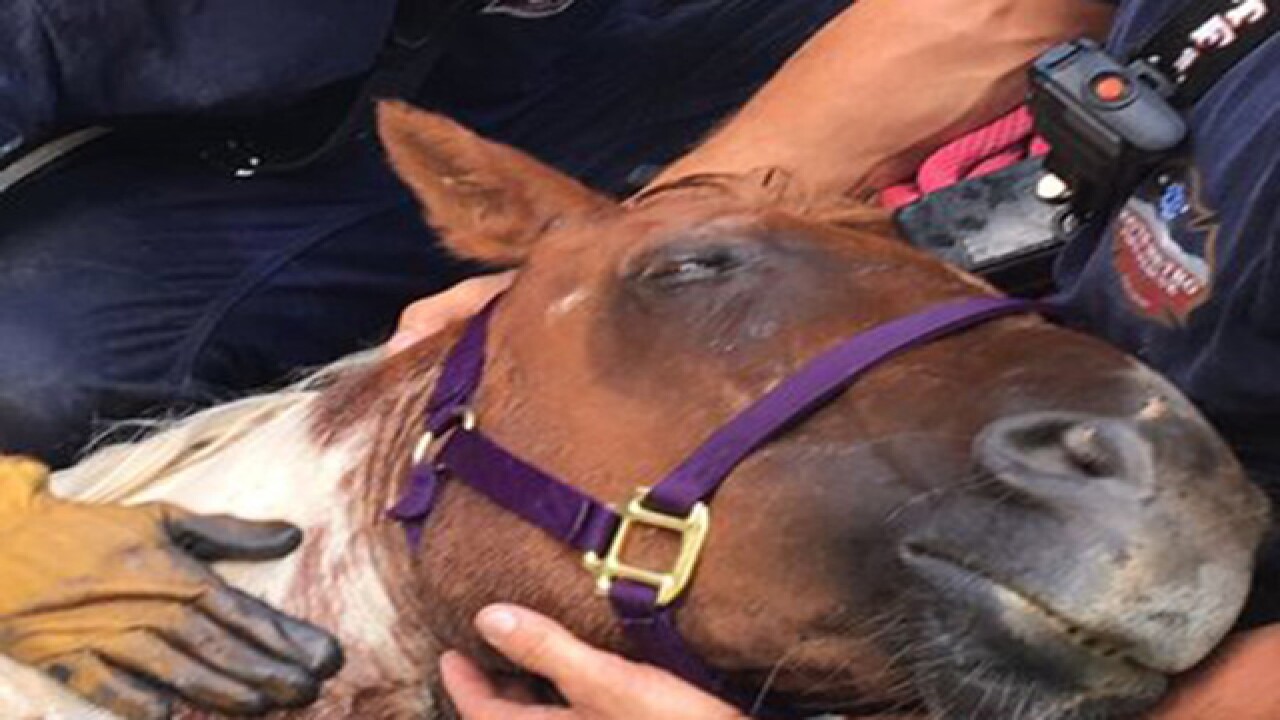 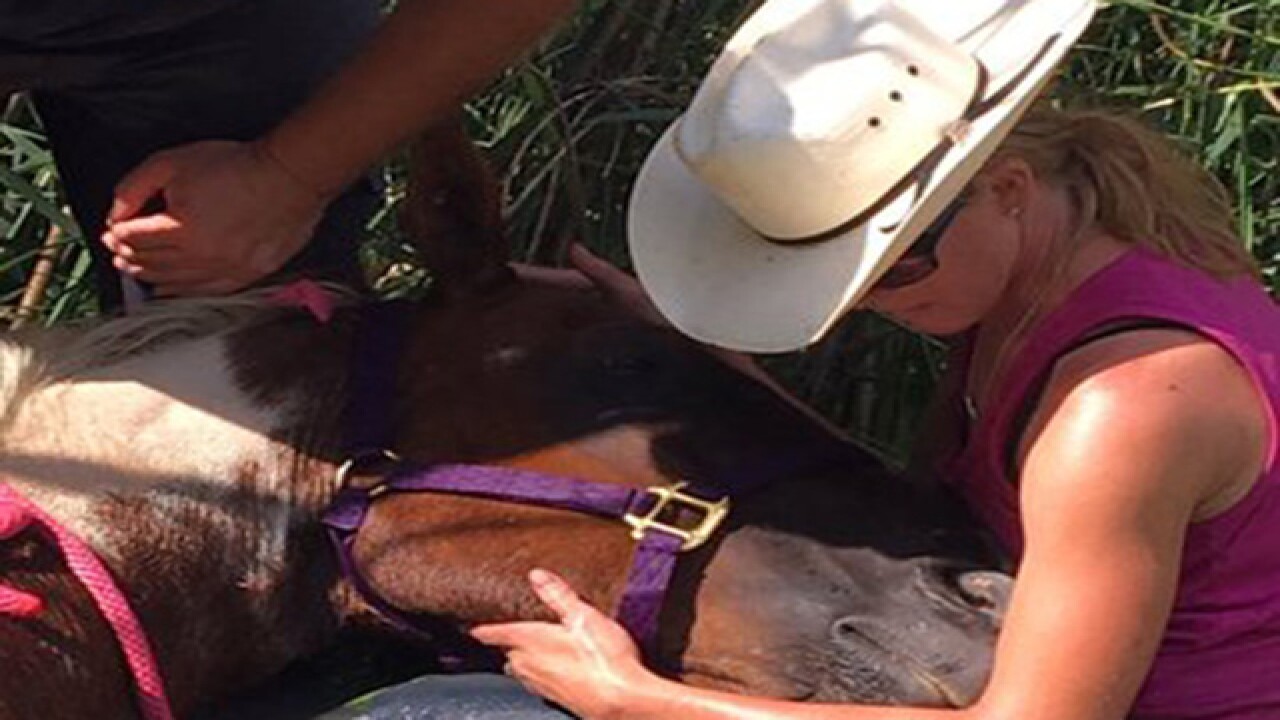 ARAPAHOE COUNTY, Colo. -- Cupcake the horse is filling up on fluids, food and resting her sore body a day after a long struggle at Cherry Creek State Park.

Cupcake's owner, Rianne Juarez, said she was riding on the trail Thursday afternoon but then decided to veer off to stay away from people playing with their dogs on the busy trail.

At first, the slushy water she was running into did not seem threatening but then the water got muddy.

“All of a sudden it went from being slushy and a little bit muddy to being deep,” said Juarez.

Cupcake could not move much due to the grass and mud.

“The grass was kind of twinning around her legs and it was pulling her down."

Cupcake became exhausted, tired and Juarez said, time was running out. “When she laid down, I knew that this was bad,” said Juarez.

The vet provided fluids as firefighters tied off her neck, used her tail to help straighten her back and then lifted her through her mid area.

You can watch the rescue below: