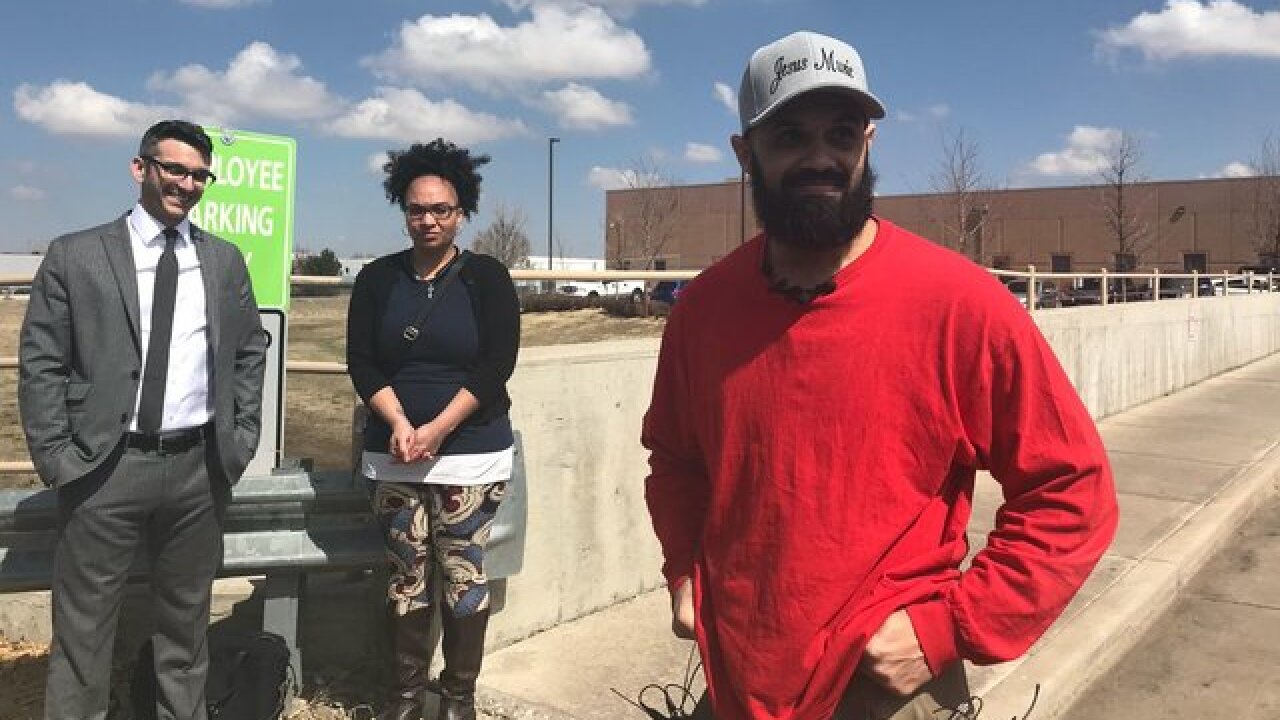 Copyright 2018 Scripps Media, Inc. All rights reserved. This material may not be published, broadcast, rewritten, or redistributed.
<p>Rene Lima-Marin was released from the custody of U.S. Immigration and Customs Enforcement officials Monday afternoon.</p>

The GEO Group, the for-profit private prison company that runs Aurora’s ICE detention facility, faces two new federal lawsuits alleging staff failed to investigate an assault on a detainee and did not give adequate medical attention to another.

The lawsuits are the latest against the Florida-based private prison company, which has come under fire in several states for allegations of medical neglect, maltreatment, forced labor and a string of disease outbreaks. Colorado lawmakers are mapping out a divorce from the private prison industry, while the GEO Group is fighting a new California law phasing out the use of private prisons in that state.

In a statement, the GEO Group said the company has not been served with either of the new lawsuits, but “rejects these types of allegations which are part of a continuous, coordinated effort to undermine federal immigration policies that our company plays no role in setting.”

For one of the plaintiffs, René Lima-Marín, the lawsuit represents the latest chapter in a winding, decades-long odyssey through Colorado’s criminal justice system. In 2008, he was mistakenly released early from a 98-year prison sentence, only to be sent back behind bars six years later after building a new life and starting a family. Three years ago, former Gov. John Hickenlooper pardoned Lima-Marín — but instead of walking free, he was sent to the Aurora Detention Facility while his case wound its way through immigration court.

It’s in the ICE facility where Lima-Marín says he slipped and fell in February 2018, striking his face on the steel edge of a toilet seat in his cell, breaking multiple bones. Doctors told him he would need surgery to avoid permanent facial impairment.