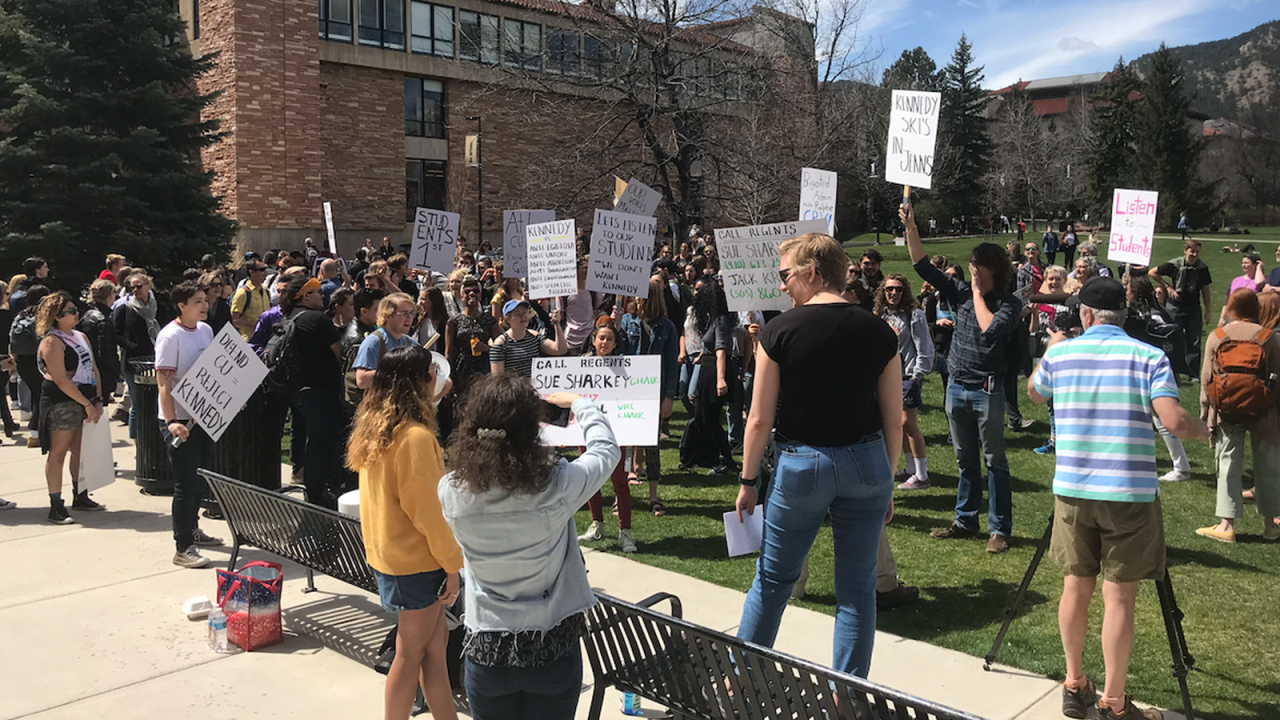 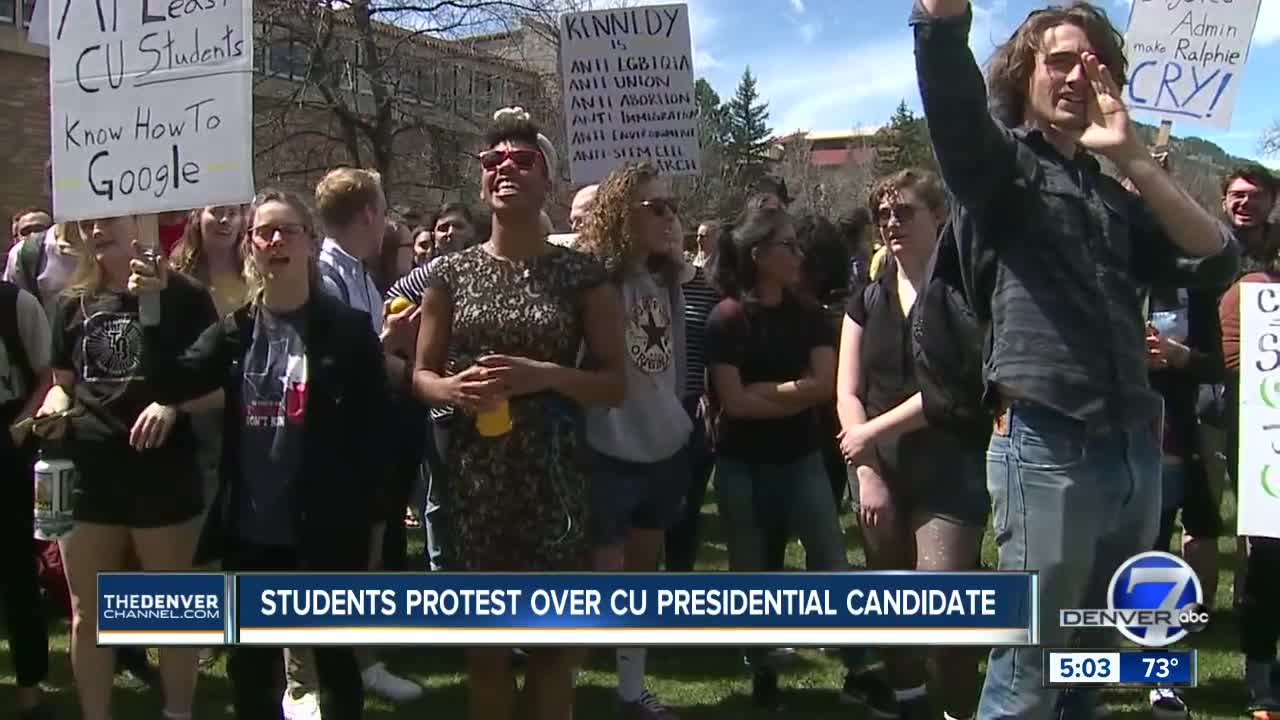 BOULDER, Colo. -- About 150 students led a protest at the University of Colorado Boulder Monday, opposing CU’s choice for its next president.

Demonstrators gathered in the Norlin Quad to protest the possible hiring of University of North Dakota President Mark Kennedy.

Student outrage stems from Kennedy’s past congressional voting record, in particular, his support of an amendment against same-sex marriage in the early 2000s while he was a Congressman from Minnesota.

“Hey hey, ho ho, Kennedy has got to go,” the students chanted Monday.

"We are here in solidarity as a Buff community," said Alex Wolf-Root, a 5th-year post-graduate student at CU Boulder.

Students were also protesting the Board of Regents decision to name just one candidate as the sole finalist for university president.

"Higher education, unfortunately, generally has a problem listening to the stakeholders,” Wolf-Root said. “The people who matter: the students, the faculty, the staff. It’s especially bad at the CU system."

"Higher education, unfortunately, generally has a problem listening to the stakeholders,” Wolf-Root said. “The people who matter: the students, the faculty, the staff. It’s especially bad at the CU system."

Others reject Kennedy based on his voting record while in Congress.

"I think as a businessman - he is an excellent businessman,” said CU freshman Anthony Salazar. “But, by his time in Congress and the things he voted on, those have had long-term consequences. Those have had long-term consequences. And to not consider anyone else, and not let us have a voice in this process is unjust. Especially because he will be implementing policies that affect us directly.”

"I'm not so naïve to think the president that shows up is one that I think is a good choice,” Wolf-Root said. “But, I definitely think it could be better."

The Regents have defended their selection process saying they did not rush and did not compromise their efforts to find the best candidate.

The University will hold a town hall open to the public with Kennedy on Friday, April 26.