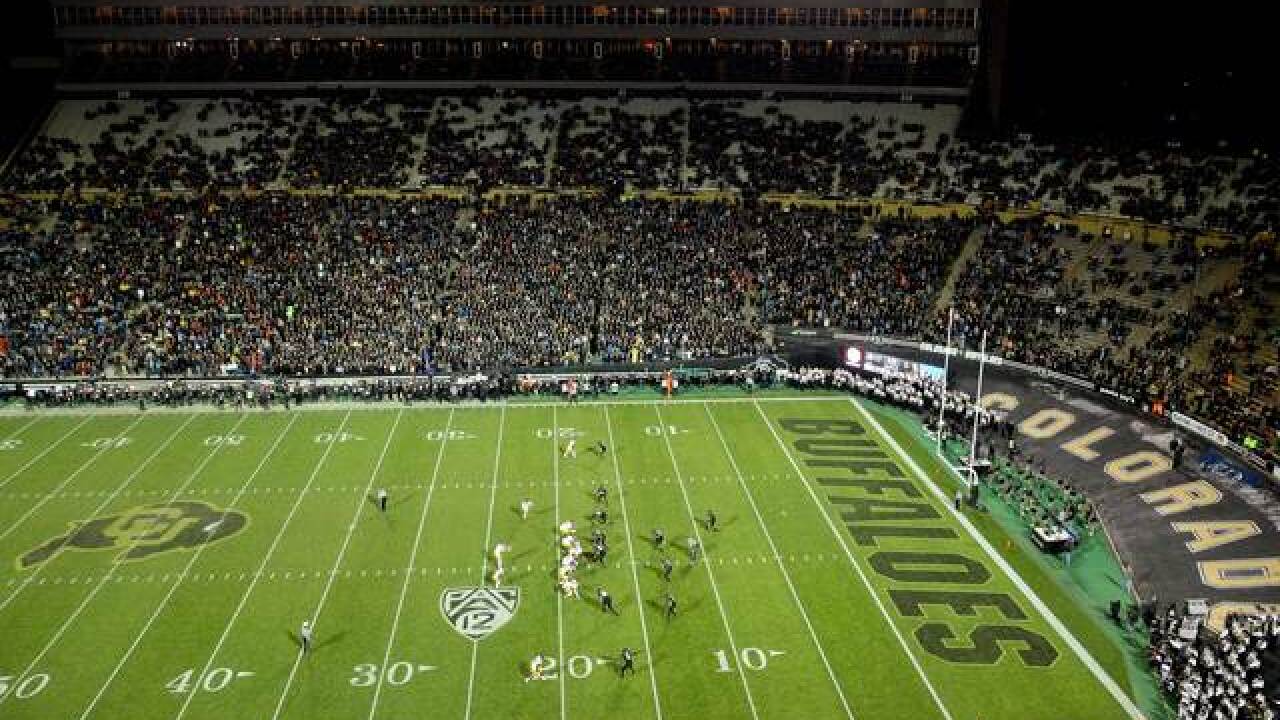 BOULDER, Colo. – Fans attending football games at CU Boulder’s Folsom Field this season will notice a few changes, including the ability to take alcoholic beverages back to their seats.

The university started offering beer and wine at the stadium in 2014 but sales were limited to “beer garden” areas. This year, fans will be able to buy alcohol in the concourse areas and take those drinks back to their seats.

The university said it made the change at basketball and volleyball games last season without any problems.

Alcohol sales will still be limited to one drink per customer and ID will be required with every sale. The stadium will stop selling alcohol at the end of the third quarter.

Starting with the 2019 football season, any fans who leave the stadium during the game won’t be allowed to re-enter.

Other changes coming this season include new walk-through metal detectors that won’t require people to remove things like keys and phones from their pockets, the Chip’s Kids Club area will move to the lawn area south of the Benson Earth Sciences Building and the indoor practice facility will no longer be open on game days.

The Buffaloes play their first home game on Sept. 15 against the New Hampshire Wildcats.