CSU: Police called on two Native Americans who were on campus for tour 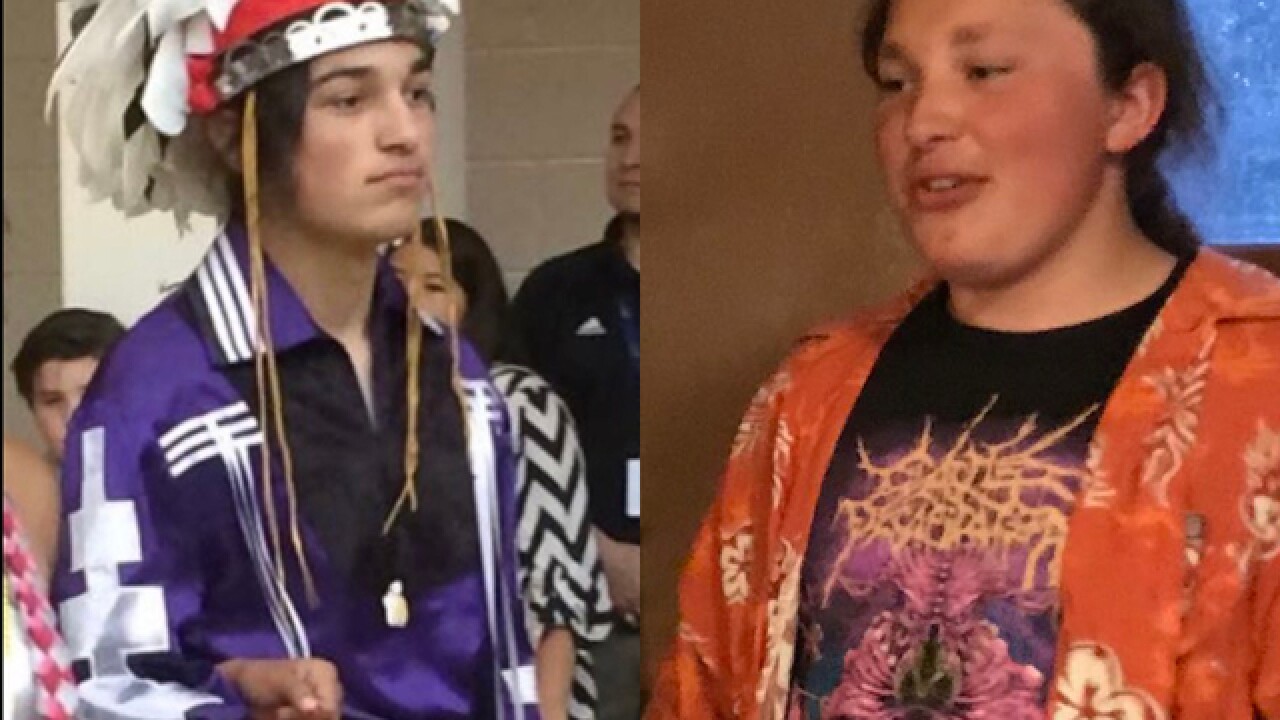 UPDATE (Friday, May 4, 2018): Colorado State University says it “deeply regrets” the experience two Native American teens underwent on a campus tour earlier this week, but says it has been unsuccessful in getting ahold of the family.

FORT COLLINS, Colo. – Administrators at Colorado State University are investigating after a parent on a campus tour called campus police on two Native Americans who were also on the tour.

In a letter sent to faculty and staff on Wednesday, officials said a parent on a tour on Monday called police because she was “nervous” about the presence of the two young men, who had joined the tour in progress.

The men were visiting campus from New Mexico and were a part of the tour, officials said. After speaking with police, the men were allowed to rejoin the tour, but by that time the tour had moved on and the men left campus to return home.

The mother of the boys, Lorraine Kahneratokwas Gray, told Denver7 that her 17 and 19-year-old sons traveled to CSU while she stayed behind in Santa Cruz, New Mexico. The family, who are Mohawk, moved to New Mexico in 2009 from upstate New York, Gray said.

Thomas Kanewakeron Gray, 19, and Lloyd Skanahwati Gray, 17, had driven up to Denver to stay with a friend the day before the tour, their mother said. Thomas is a freshman at Northern New Mexico College and had been hoping to transfer to CSU, his mother said, and Lloyd is a senior at Santa Fe Indian School.

"They scraped together their dollars, made arrangements themselves to register for the campus tour, and took the only car we have and drove up there," Gray said. "That enough was worrisome – for our teenage boys to take our car and get on a big highway and drive seven hours to another unknown place."

"And how it ended was even worse," she added.

The staffers were aware the two young men were supposed to be on the tour, Gray said, and she said that another parent of a student on the tour called police because the boys were being too quiet.

Once police arrived, the boys showed them their reservation for the tour and were let go. But Thomas called his mother, who said she was frantic because the boys couldn't find the group again.

“Right then, that was just a big red flag for me. When you think about young men of color being shot all over the place, or being arrested…I said, ‘Just get in the car and come home,’” she said. “They’d missed a day of school for this campus tour only to be pushed aside because of some woman’s fears.”

She said an officer told the young men they should learn to speak up for themselves.

“Why should it be a crime for a person to remain silent and choose not engage in conversation? They were still taking in the information, and that was their right. And for the police officer to say that, that was bothersome to me," Gray said.

She said she has been in ongoing conversations with CSU administrators about the incident, but said her sons were "shamed."

The officials said they had reached out to the men’s families and would be meeting to discuss how a similar incident can be prevented and better responded to in the future.

Denver7 has reached out to the university for further comment.