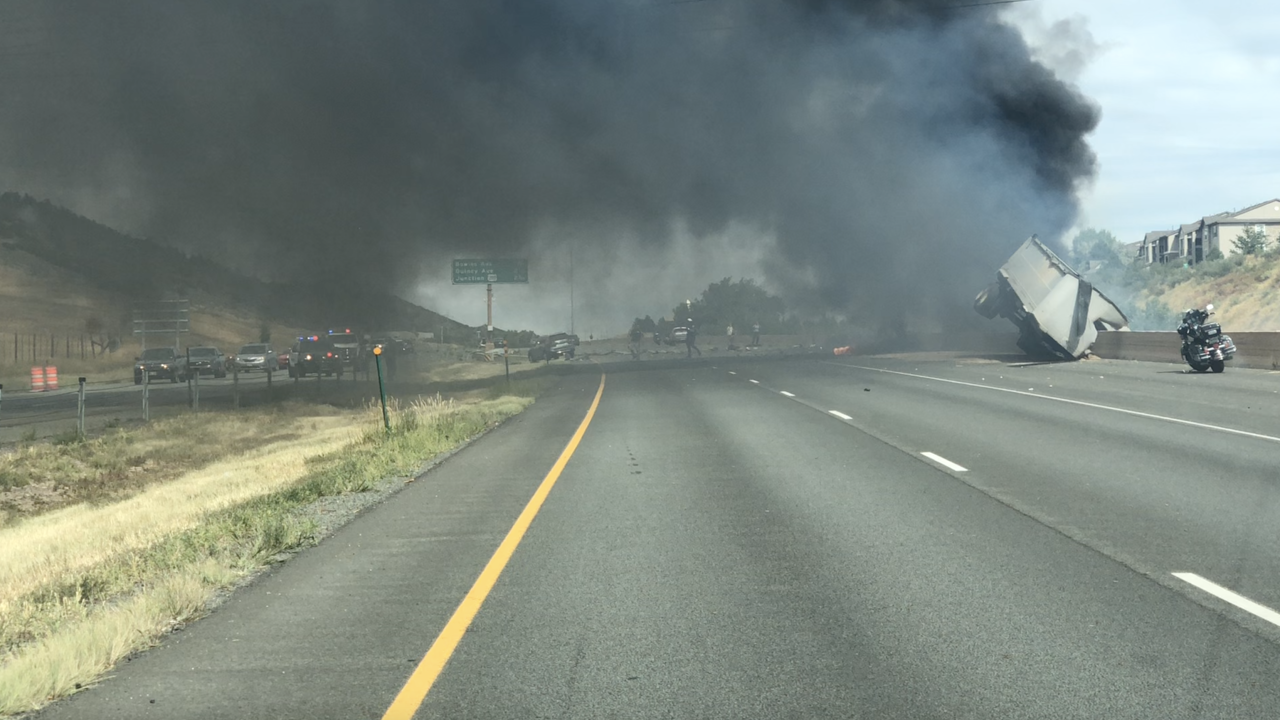 Copyright 2019 Scripps Media, Inc. All rights reserved. This material may not be published, broadcast, rewritten, or redistributed.
Denver7 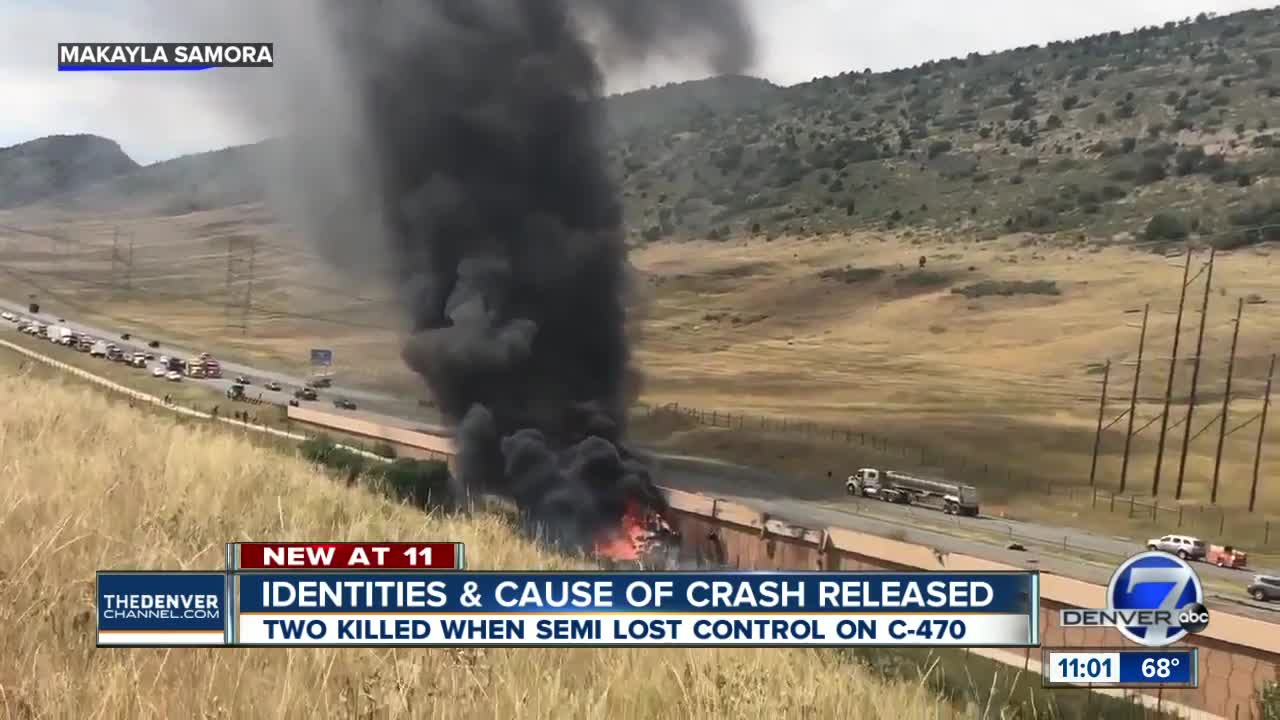 JEFFERSON COUNTY, Colo. — The semi involved in Thursday's C-470 crash ran into opposite traffic after a front tire blew out, according to Colorado State Patrol.

Trooper Gary Cutler with CSP said the semi had been traveling eastbound on C-470 in the left lane in Jefferson County prior to the crash. Around 11 a.m., when the semi was between W. Bowles Avenue and W. Ken Caryl Avenue, its left front tire blew out and the driver lost control. It ran off the left side of the roadway, crashed through a guardrail and went into westbound traffic. The semi then collided with the driver's side of a Nissan Pathfinder and both vehicles crashed through a concrete barrier and fell down a 30-foot embankment onto a bike path, Cutler said.

He said he did not know the name of the company that owned the semi.

Video from @TomMustin shows the immediate aftermath of the crash and fire on C-470. He says he was behind the semi when it crashed.https://t.co/EcovxyvaBD pic.twitter.com/aKf2J0c07f

The Nissan ended up beneath the cab of the truck, which was carrying sand, he said. Three other vehicles were struck by debris, but nobody else was injured.

Both directions of the highway were closed for several hours, but fully reopened just before 7 p.m.