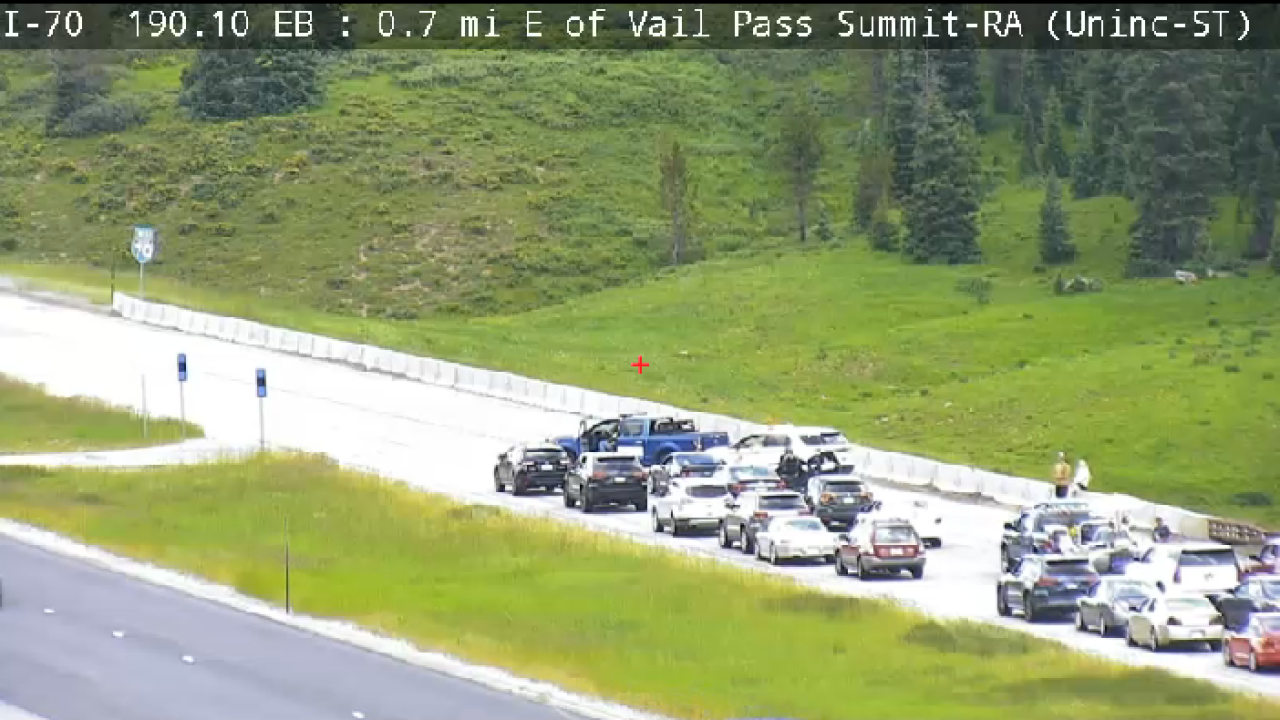 The backup on I-70 near Vail Pass after a crash on the highway Saturday.

VAIL, Colo. – The Michigan-based driver of a semi-tractor-trailer that crashed into two other vehicles on Interstate 70 near Vail on Saturday has been charged with five counts of careless driving causing injury as authorities investigate whether his brakes failed and if he was speeding.

Keith Thompson, 48, of Detroit, faces the five counts as Colorado State Patrol continues to investigate the crash, which happened about two miles east of the East Vail exit on westbound I-70 just after 10:30 a.m. Saturday.

CSP says Thompson’s semi-tractor-trailer hit a Ford Explorer that was towing a camper, which was being driven by a 40-year-old man from Agoura Hills, Calif.

The crash forced the Explorer and a Jeep Cherokee off the road, and the Explorer rolled several times, CSP said. Five passengers inside the explorer were injured.

The 69-year-old man from Evans who was driving the Jeep was not injured, CSP said, nor was Thompson.

Thompson then used a runaway truck ramp to stop at the East Vail milepost, after which westbound I-70 was closed over Vail Pass until the afternoon.

Two adults and three juveniles – two 7-year-olds and a 9-year-old – who were inside the Explorer were taken to Vail Health Hospital, then on to hospitals in Denver via Flight for Life helicopter or ambulances, CSP said.

All five remained hospitalized as of Sunday afternoon, CSP, said. Two of the juveniles were in critical condition but the other three were stable.

“Excessive speed and brake failure are being considered as possible factors in the crash. The crash remains under investigation, CSP Trooper Jacob Best said in a statement.

The charges come about three months after a semi-tractor-trailer driver allegedly slammed his truck and load into stopped traffic on eastbound I-70 in Lakewood, killing four people. He faces 40 counts, including four counts of vehicular homicide by reckless driving.

Saturday's crash was the second major backup along I-70 in the mountains this weekend. The highway was shut down in both directions Friday evening after a mudslide near Glenwood Springs.