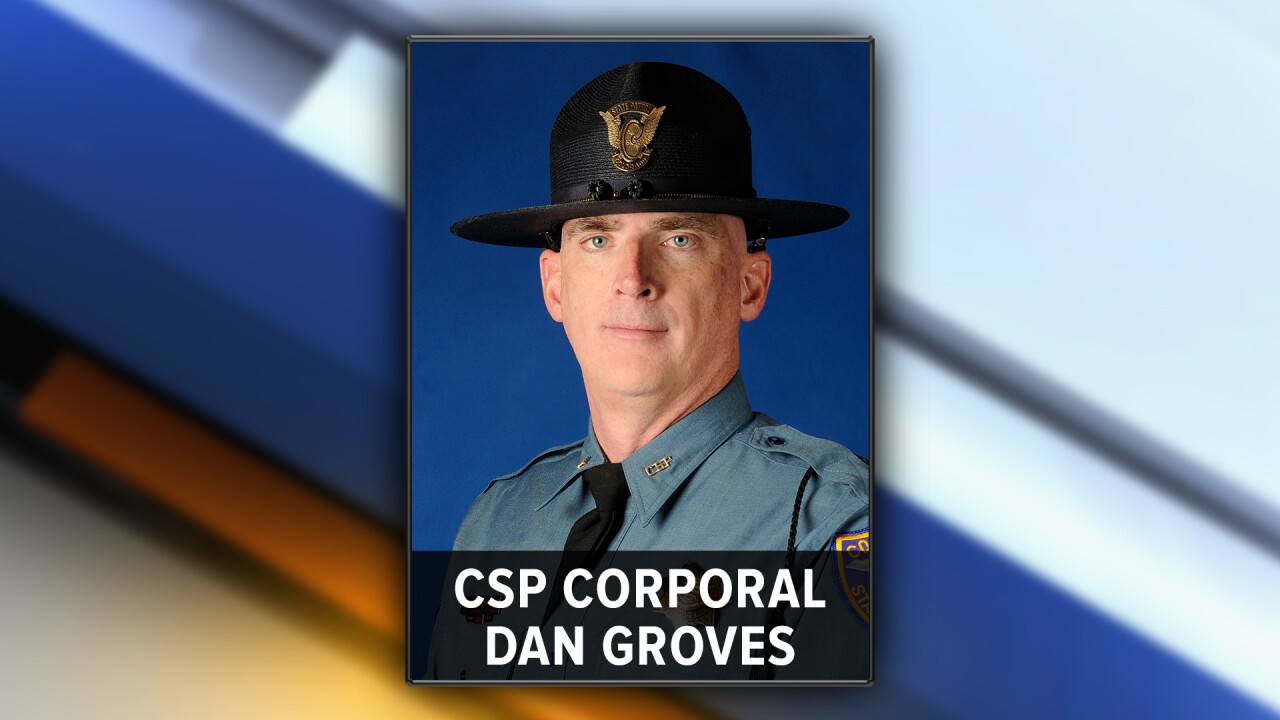 Copyright 2019 Scripps Media, Inc. All rights reserved. This material may not be published, broadcast, rewritten, or redistributed.
Courtesy CSP
The Colorado State Patrol says Cpl. Dan Groves was hit and killed on I-76 near Roggen while responding to a crash this morning during today&#39;s blizzard.

LONGMONT, Colo. – The funeral service for Colorado State Patrol Corporal Daniel Groves will be held at 10 a.m. Thursday at LifeBridge Church in Longmont, according to an obituary for the late trooper posted over the weekend.

In addition to the time of the service, a page has been set up with Horan & McConaty where people can leave memories and their condolences for Groves’ family and fellow troopers.

“A lifelong call to service led him to fulfilling his dream of becoming a police officer by joining the Colorado State Patrol in 2007. Prior to his career with CSP, he had a career in the technology services industry at Harris Associates in Chicago, Illinois,” the obituary reads. “A kind and spiritual man, he will be fondly remembered by all as a man with an infinite capacity to love, and a genuine desire to protect and serve. While his watch has ended, may all take comfort in knowing he is now watching over us.”

Groves, 52, is survived by his parents, Howard and Eileen Groves of Orland Park, Illinois; his partner Eddie Gomez; his siblings Jeffery, Jane, Peggy and Donna and their spouses; and his extended family of nieces and nephews.

“The common thing that I hear about Dan Groves is he … absolutely loved being a Colorado State Trooper,” Packard said at the Friday news conference. “He died doing what he loved. And I’m willing to bet he knew the risk of being out of his car that day. He knew what was at stake when he went out to I-76 Wednesday morning … he was out there to save lives.”

Groves, a nearly 12-year veteran of CSP, died after he was hit by a car Wednesday morning while he was responding to a vehicle that slid off the road on I-76 near Roggen. The driver of the Volvo, 58-year-old John Carpenter, of Centennial, may face charges related to driving too fast for conditions, CSP said.

CSP on Monday tweeted out a selection of tributes that had been sent to them in honor of Groves over the past few days.

Since losing Cpl. Dan Groves, we have received numerous pictures, graphics, and tributes. We wanted to share a few with you and let the senders and artists know we deeply appreciate your work and acknowledgment of our fallen hero. pic.twitter.com/8EYhJY4PpT

A memorial set up outside the CSP Greeley office continues to grow. Troopers will be allowing people to add to the memorial up until Thursday’s funeral services, which will begin at 10 a.m.