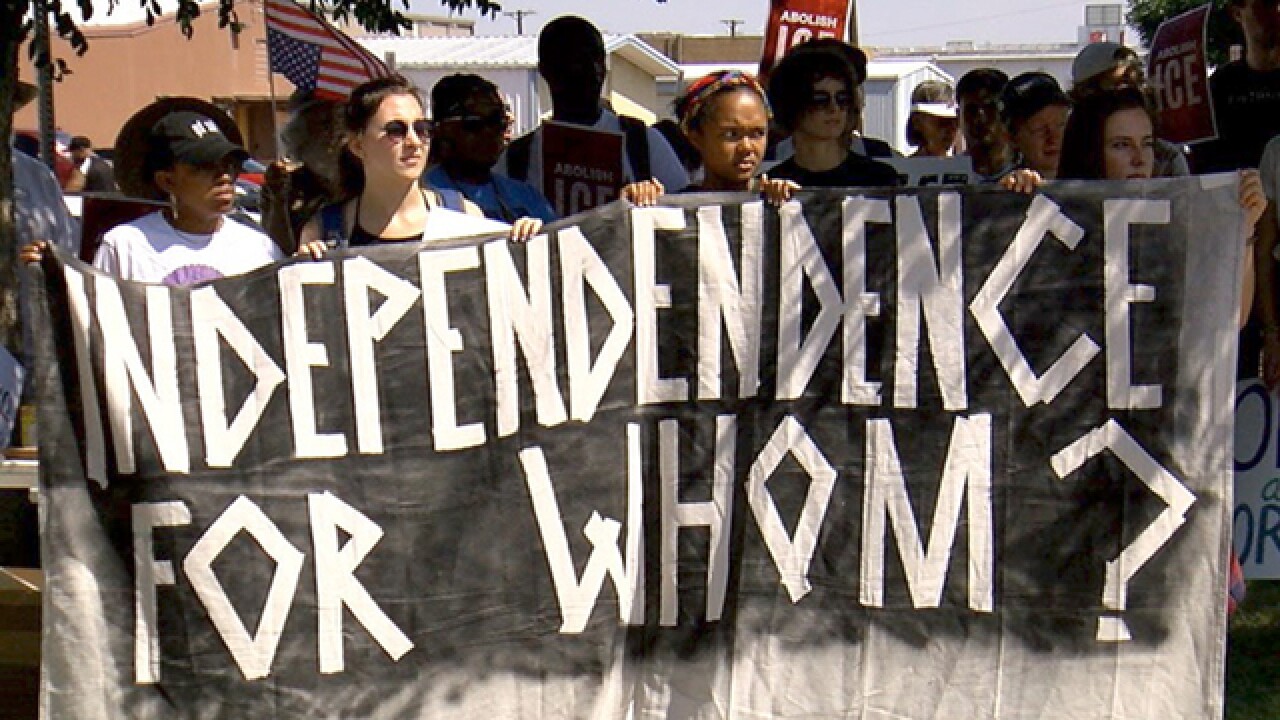 AURORA — About 100 protesters gathered outside the Immigration and Customs Enforcement (ICE) detention facility in Aurora on Wednesday morning to protest the separation of immigrant families that illegally crossed the border.

“The reason we want to do the Fourth of July is because it’s kind of ironic that we are taking this day to celebrate freedom when we are enslaving people and holding them in these — essentially — concentration camps,” said protest organizer Corey Evans.

The event featured English and Spanish speakers who held signs that read, “Abolish ICE,” among other declarations.

“You know we kind of herald ourselves as being this great nation made up of immigrants, but at the same time the way we are treating our immigrant population is very violent and very dangerous to their livelihood,” Evans said.

Some of the protesters were carrying firearms, but said they had no intention of using them and that they were only there to keep things peaceful at the protest.

Earlier this week, U.S. Rep. Mike Coffman visited the facility and said there were 42 parents currently detained there who have been separated from their children. He called for the military to help reunite these families, but expressed doubt that the Trump Administration would meet a 30-day reunification deadline set by a federal judge in late June.

Evans said she wants to be optimistic how lawmakers are paying attention to the issue, but believes it will take more community action for anything to be done.

“Even with the president announcing that they will stop separating families, at the same time there has been no plan of action to get families reunited,” she said.

She laid out a list of demands she and other protesters want addressed, including the abolishment of ICE.

“Some of those things include having a plan in place for reuniting families,” she said. “One of the things we want to see is the closing of all of these facilities, the prosecution of ICE agents who have participated in the violence against these families and also creating a better path — a more affective a timely path — to citizenship and amnesty to all refugees were coming here.”