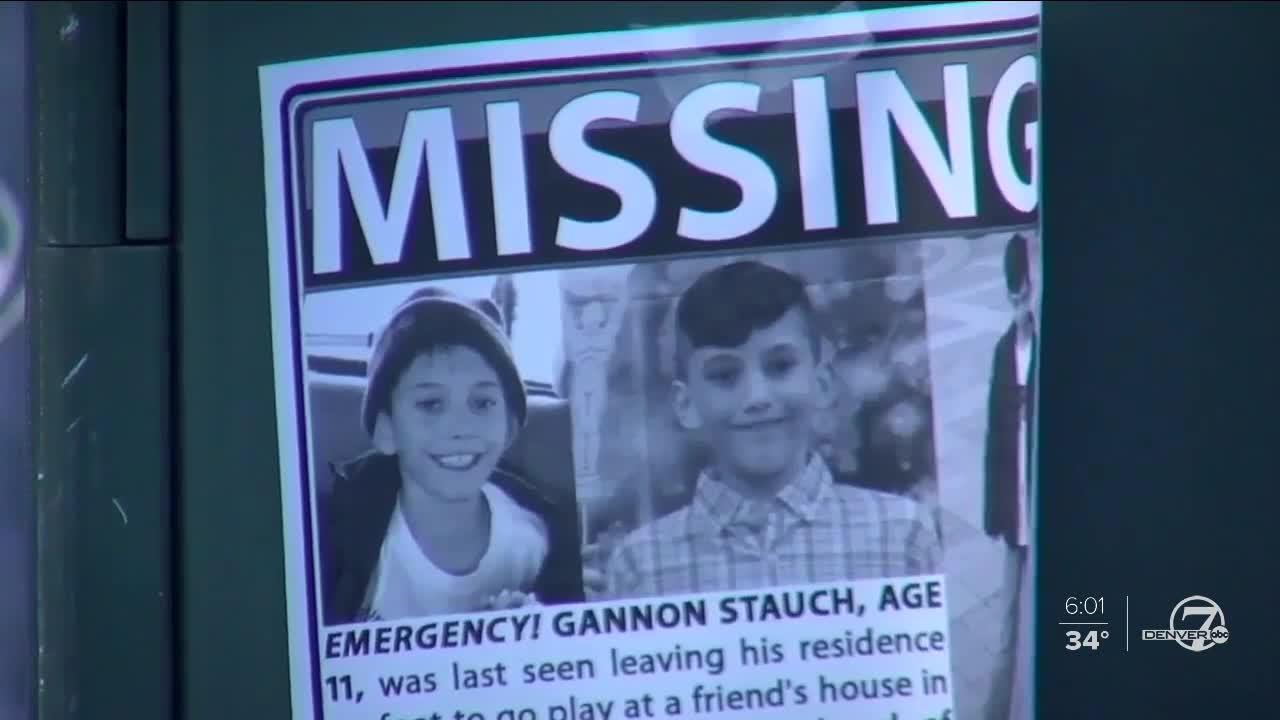 The El Paso County Sheriff’s Office, along with some of their partner agencies, were back out searching for Stauch, who was reported missing Jan. 27, and using a Colorado Parks and Wildlife submersible, remotely-operated vehicle equipped with sonar to search.

They are also using four deputies mounted on horses, search and rescue dogs, and a team of 52 search-and-rescue volunteers and National Guard members, said El Paso County Sheriff’s Office spokesperson Sgt. Deborah Mynatt. But she said the divers were not in the water.

CPW said its Marine Evidence Recovery Team searched a small pond near Colorado Springs using the vehicle, which has a device to retrieve evidence underwater.

It was at least the second time the crews have searched in the area, though law enforcement officials declined to get into specifics on exactly where they were searching and why.

Mynatt said the searches came in response to “good leads” investigators received in recent days. She said that more than 500 people from the community had volunteered for any potential searches that may come, and that the sheriff’s office would call on those people to help when it is needed.

Mynatt said that investigators had received a new piece of equipment to utilize in Thursday’s search but declined to say what it was aside from that it had come from a fire department that is one of the partner agencies.

She said that the search would continue even as poor weather moves through the Colorado Springs area Thursday and in coming days.

“We are all in this for Gannon and for his family, and we appreciate the community’s support,” Mynatt said.

District Attorney Dan May was at the Stauch house on Wednesday, as were investigators and the mobile crime lab.

Mynatt said that finding Stauch was the top priority for the sheriff’s office and that every investigator involved had him “at the forefront of our minds.”

She also said the search was so immense because “we all believe he is alive.”

Stauch’s biological parents released a video statement Wednesday in which they pleaded for credible leads in the case.

"If you're too afraid because you know something — a kid just doesn't disappear and no one sees him. It's not how this works," Stauch’s mother, Landen Hiott, said. "So, if you have anything that's credible — if you're afraid, don't worry about it. Imagine my son, how afraid he is. Imagine how afraid Gannon is."

Mynatt reiterated that the sheriff’s office only wanted people to submit credible tips so they don’t have to spend time investigating what she called “speculation” and “theories” posted in social media groups.

The Stauch family statement came two days after Roderrick Dayton, a neighbor of Stauch’s, shared surveillance video from his home that captured footage of what he says shows Stauch and his stepmother, Leticia Stauch, getting into a red truck in the driveway of their Colorado Springs home on Monday, Jan. 27 – the day the boy went missing.

Mynatt said again Thursday that the video was part of the investigation but that she would not be commenting on the video or confirm what it shows.