Copyright 2020 Scripps Media, Inc. All rights reserved. This material may not be published, broadcast, rewritten, or redistributed.
Denver7
Search and rescue crews from Douglas County were out Thursday assisting the El Paso County Sheriff’s Office in the ongoing search for missing Colorado Springs 11-year-old Gannon Stauch – this time in an area in southern Douglas County. 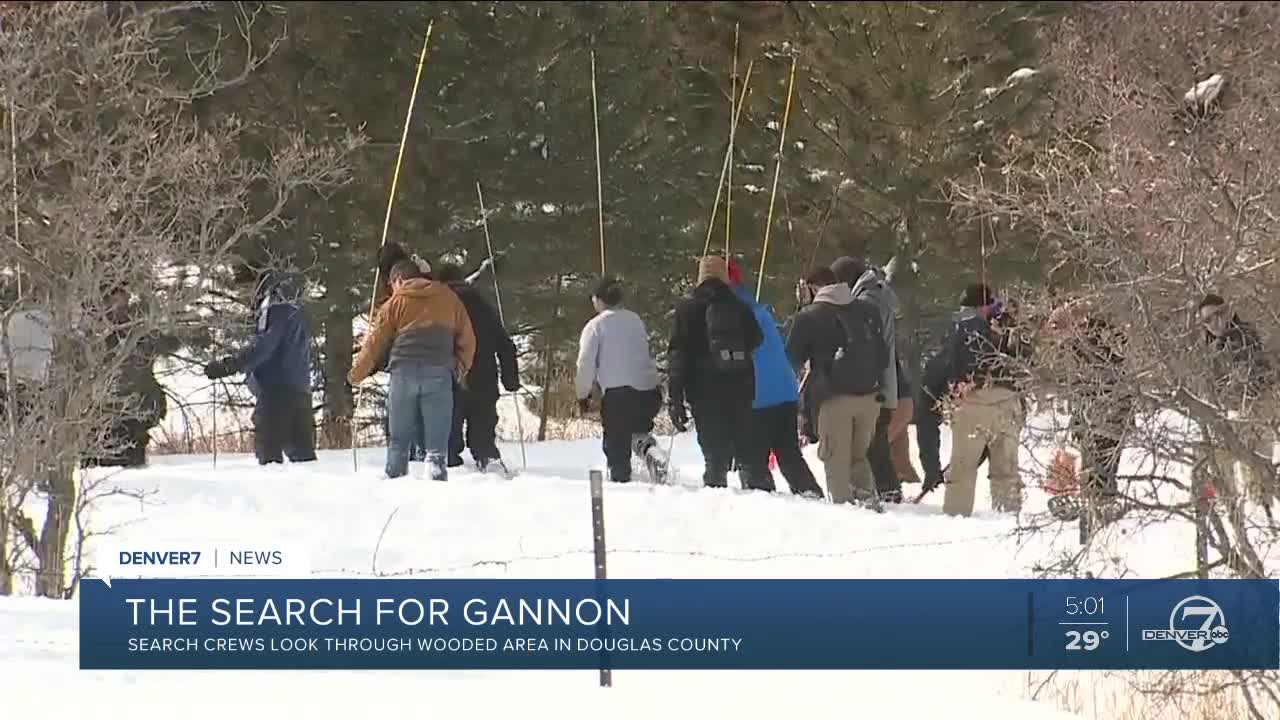 The crews were out at an area off Highway 105 south of Larkspur Thursday morning using long poles to prod snow in the area as the search for the boy, who went missing Jan. 27, continued. El Paso County search crews and a Jefferson County Sheriff’s Office bloodhound were also involved in the Thursday search.

Officials said Wednesday that the search for Stauch had expanded to southern Douglas County and that Douglas County officials were assisting. Crews looked for the boy in both El Paso and Douglas counties Wednesday. Wednesday’s search involved more than 130 people, including search and rescue members, mounted units and K-9s, the El Paso County Sheriff’s Office said. It said it had received 442 tips so far in the investigation, which a spokesperson called “very active and fluid.”

Eighty-two people were involved in Thursday's search, which covers around 35 acres and was a continuation of the area searched on Wednesday, El Paso County Sheriff's Office spokesperson Jacqueline Kirby said in an interview. She said that the 35-acre search south of Larkspur was the largest that was happening Thursday but that other searches were taking place as well. The FBI was involved in Thursday's search, which Kirby said would like continue into Friday and possibly the weekend.

Kirby said that crews would be searching the area "as long as [they] need to be out there."

But investigators have otherwise been tight-lipped about why they are searching in particular areas and what new leads they may have developed in the case.