Crews clean up homeless camps along banks of S. Platte River in Denver 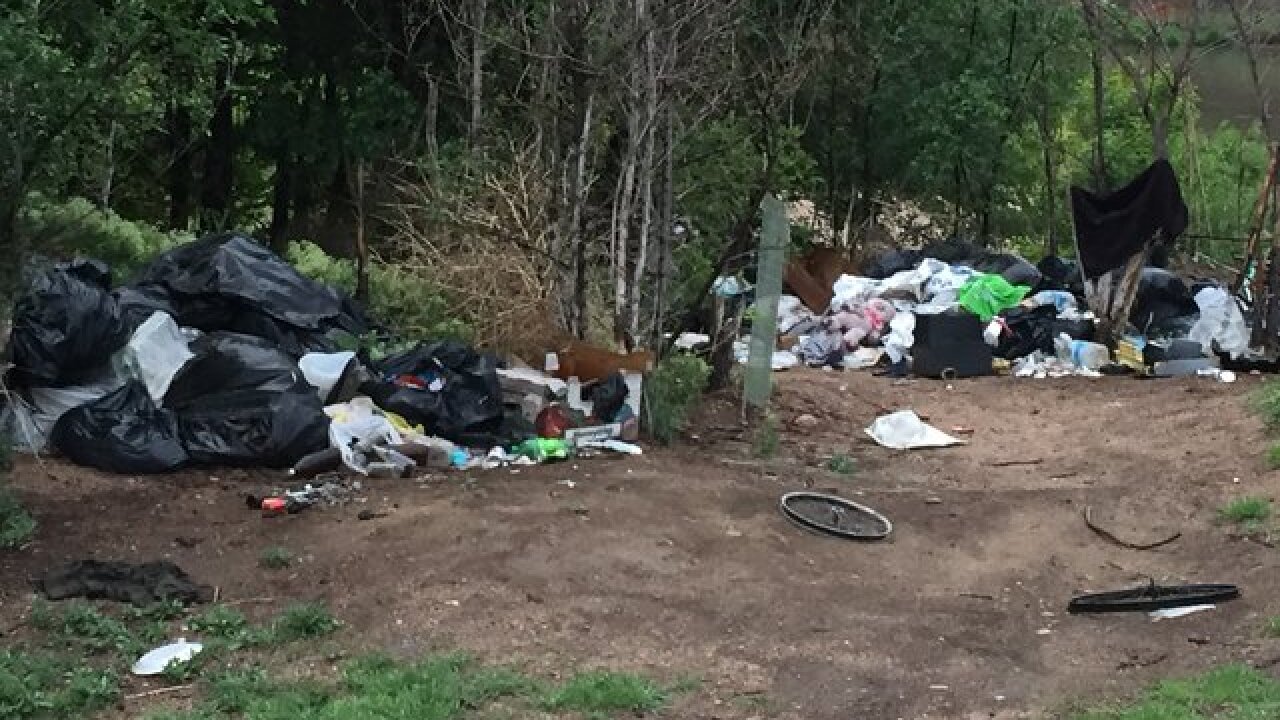 DENVER -- A big cleanup effort has been underway along the South Platte River trail. The area off of I-270 near I-76 has mounds of trash left by homeless people living in the area.

Xcel Energy, which owns the land, requested the cleanup. A Denver7 photographer visited the area Sunday and found mounds of trash bags, clothing, shoes, mattresses, shopping carts and toys among the trash that has collected in the area.

Crews bought out a blue dumpster to the area in preparation for the cleanup effort.

Jim Siedlecki, with Adams County, said that after an initial cleanup several weeks ago, the county notified Xcel Energy that it couldn't clean all of the trash because some of it was on Xcel's property.

Xcel Energy told our media partners at the Denver Post it is working with Adams County and a third-party contractor to clean the area, which is part of an urban drainage and flood control project.

Xcel said it’s been warning the homeless people who live in the area about the cleanup for the past three weeks in order to try to ensure than none of their personal belongings will be thrown away.

As of Monday morning, our Denver7 crews couldn’t spot any homeless people in the area.

An Xcel spokesman told the Post it is working with Adams County to provide homeless services to the people who live in the area.

Siedlecki said the county and Urban Drainage are planning on a partner project in the area later this summer.

Cleanups like this in Denver have drawn steep criticism in the past. A class-action lawsuit was even filed in 2016 on behalf of the homeless to protect them against sweeps. The last action on that lawsuit happened in April as both sides get ready to head to trial.

Xcel insisted this is not a homeless sweep, but said the cleanup is important for the health and safety of the area. It said these cleanups happen intermittently.