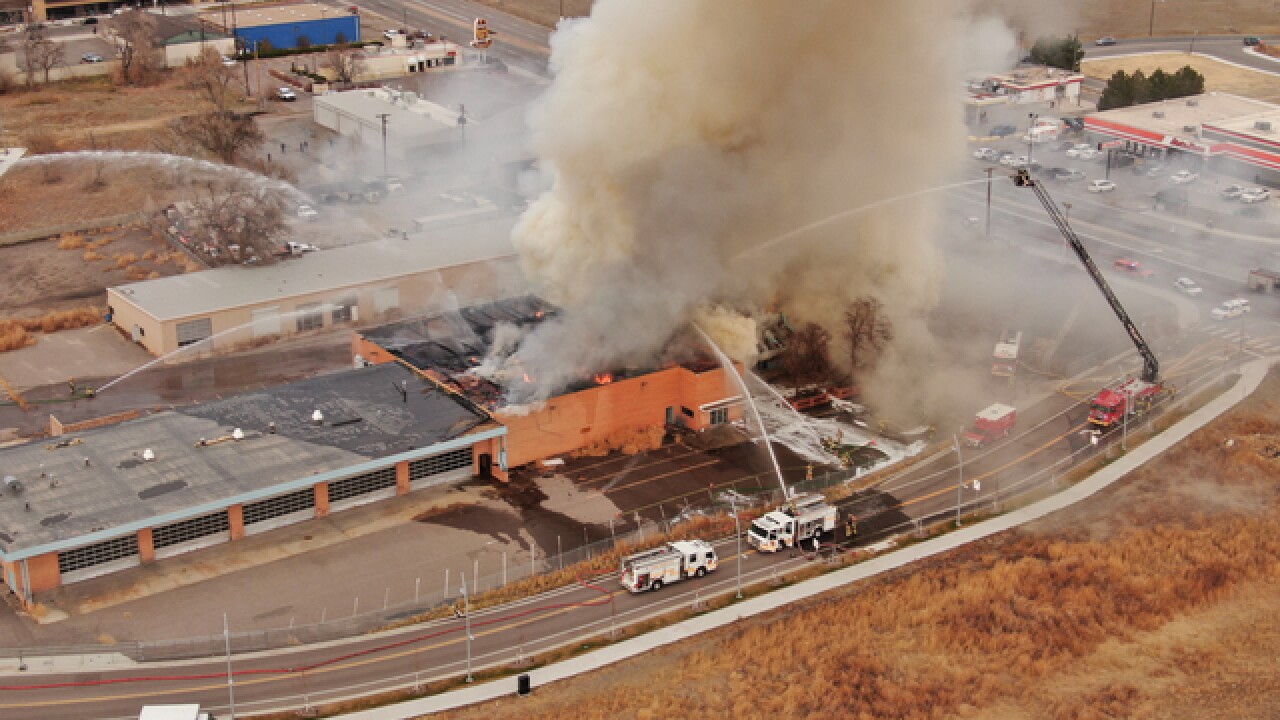 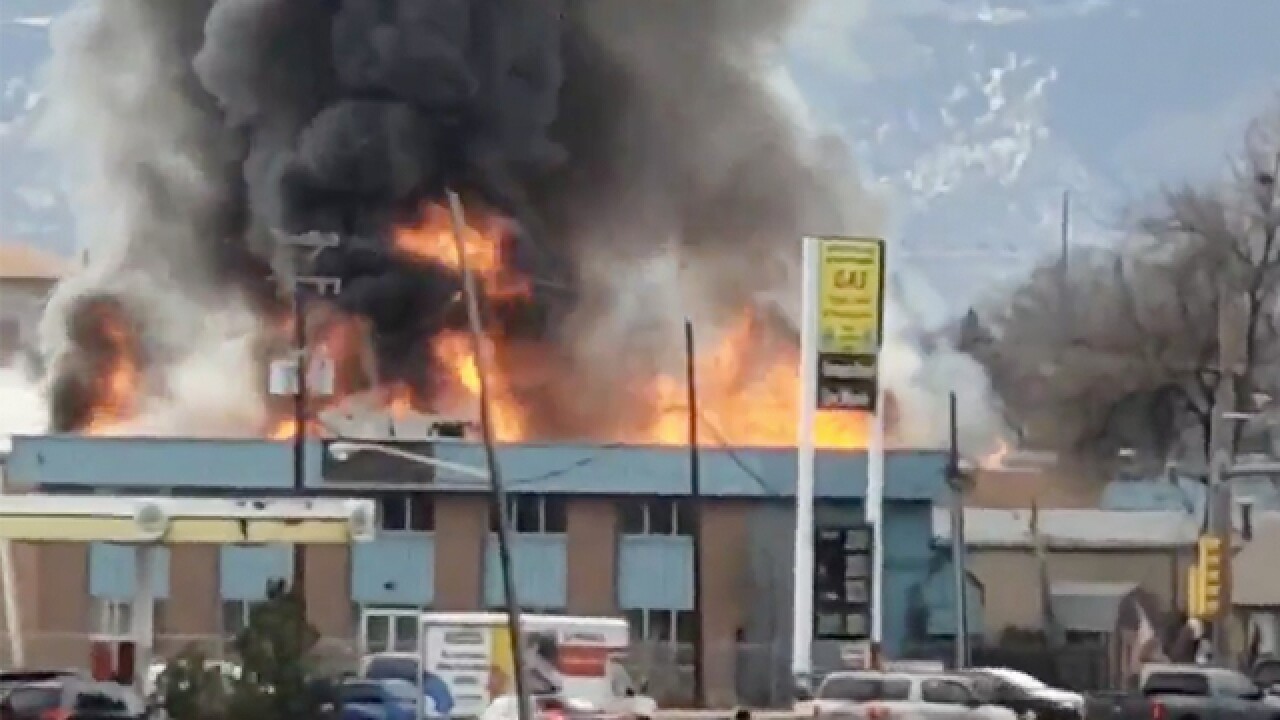 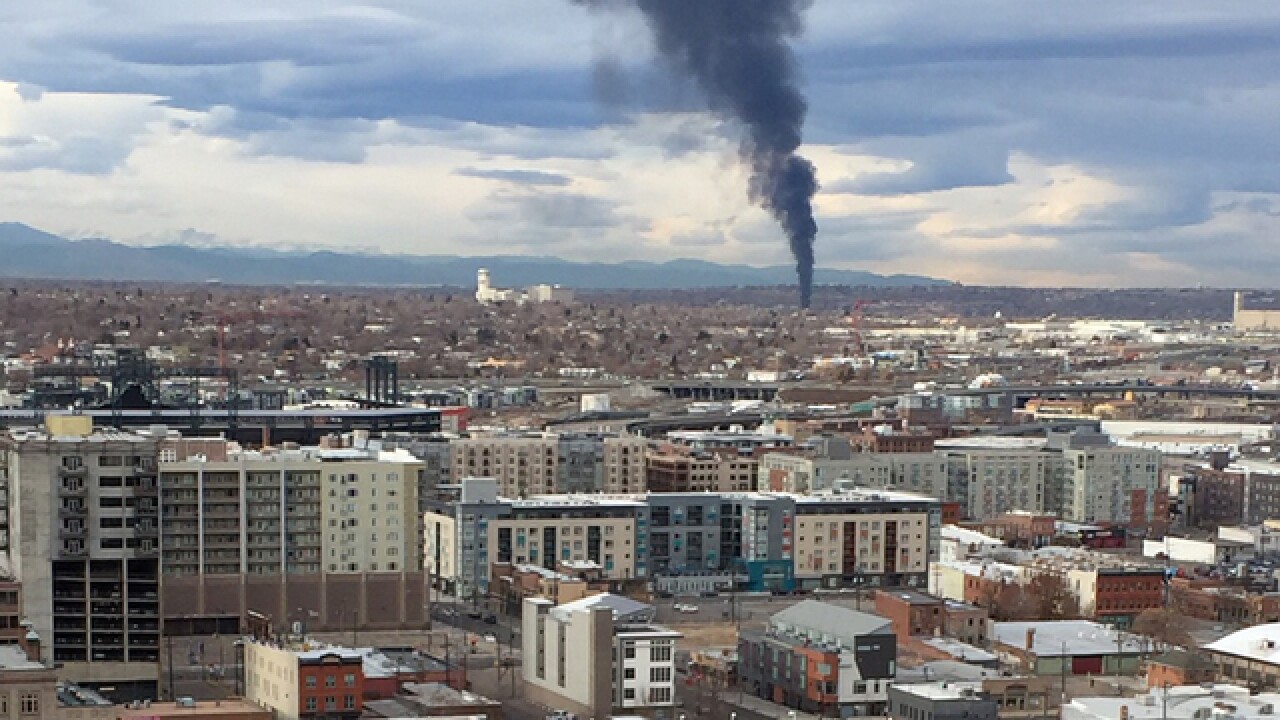 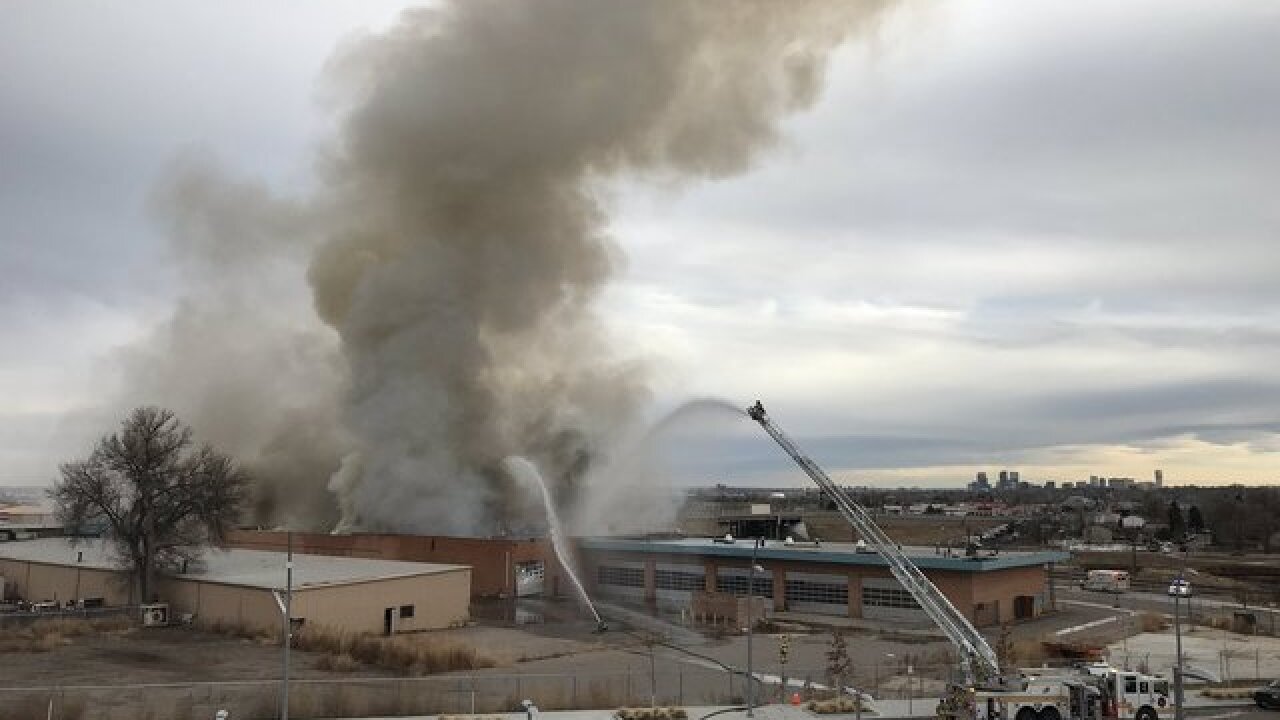 WESTMINSTER, Colo. – Firefighters from several different jurisdictions battled a large fire at an abandoned RV sales lot and repair building well into the early hours of the evening in Westminster Thursday afternoon.

The fire was reported around 2:30 p.m. Thursday near the RTD station in Westminster. A Westminster Fire official confirmed the building that was on fire was an unoccupied RV sales lot and repair shop near 70th Ave. and Federal Blvd., adding that no one was inside at the time the blaze broke out.

Witnesses from across the metro area reported a large plume of black smoke as the fire started that could be seen from as far as Parker. Video from the scene showed the efforts to put out the falmes were ongoing at 3 p.m.

Just after 3:30 p.m., Westminster Fire said crews were fighting the fire from a distance because the building was "showing signs of instability." The department said it had not been able to confirm early reports of an explosion.

71st and Federal fire: Initial reports of an explosion prior to this fire have not been confirmed. Crews are fighting fire from a distance as the building is showing signs of instability. pic.twitter.com/rnm2DWTDod

Federal Boulevard was closed in both directions at 70th Ave. so firefighters could work, CDOT said.

Twenty-one units comprising between 60 to 70 firefighters were still fighting the fire just before 5 p.m. including crews from Westminster, Adams County, Federal Heights, Denver and Arvada.