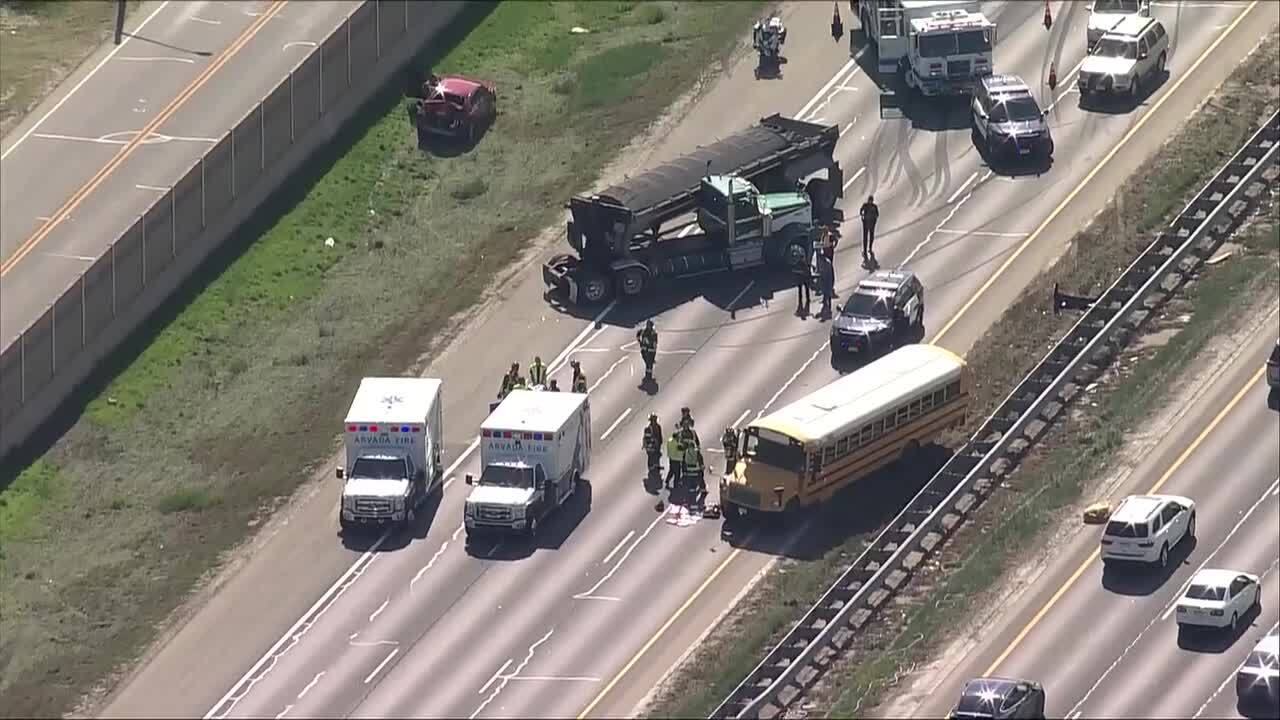 WHEAT RIDGE, Colo. — The eastbound lanes of Interstate 70 at Ward Road were shut down Thursday afternoon following a multi-vehicle crash involving a school bus and a jackknifed semi. Wheat Ridge police said there were no serious injuries.

Aerial footage shows at least three vehicles, including a red sedan, were involved. The school bus does not appear to have sustained much damage. It's not clear what caused the crash.

Crews later opened up one lane for traffic. More than an hour later, Wheat Ridge police said all eastbound lanes of I-70 were back open at Ward Road.