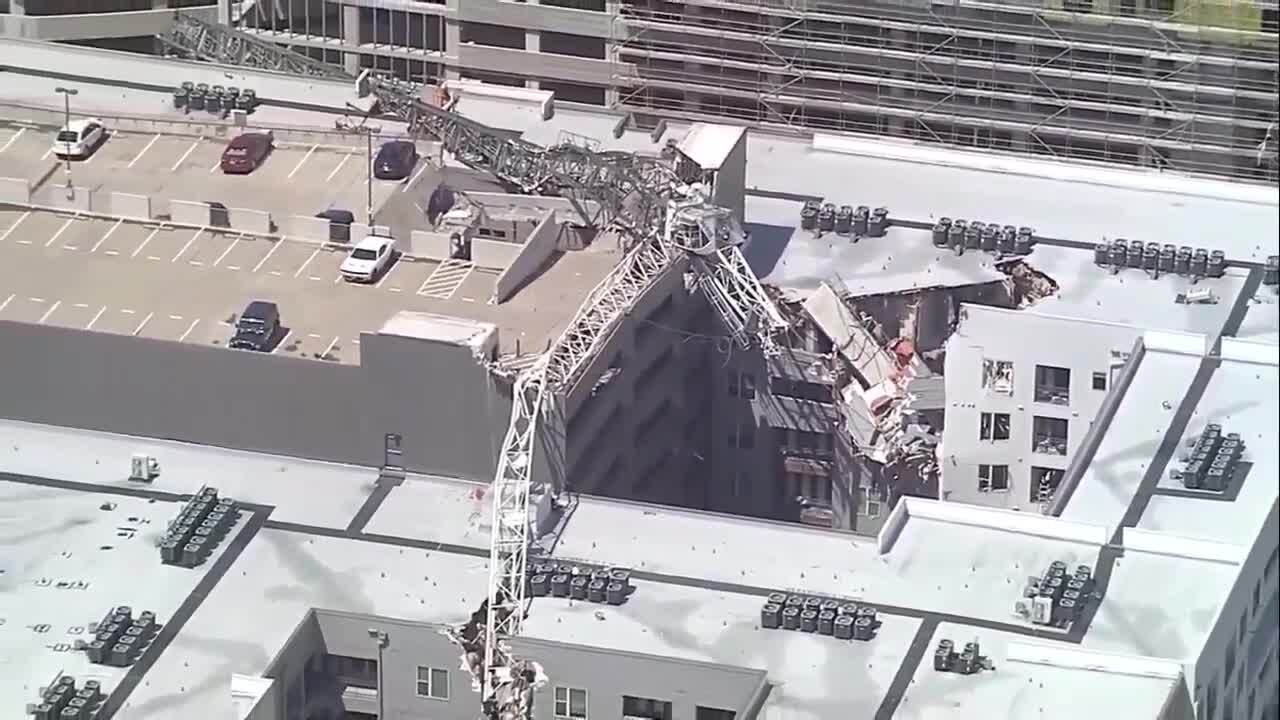 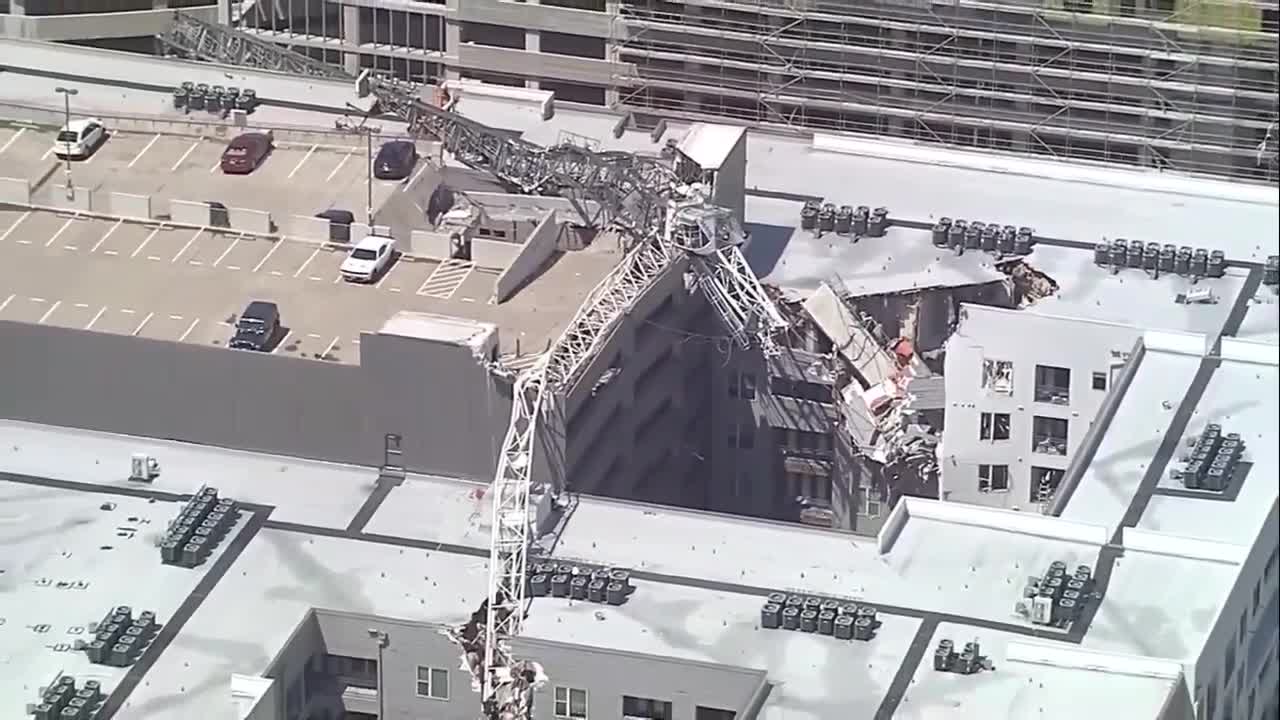 DALLAS (AP) — A construction crane buffeted by high winds during a storm collapsed on a Dallas apartment building Sunday, killing one woman in the building and injuring at least six more people, two of them critically, a fire official said.

Crews searching the Elan City Lights building found the body of a woman inside after the crane toppled and ripped a large gash into the side of the five-story structure, Dallas Fire-Rescue spokesman Jason Evans said during a press briefing.

Evans said it is too early to say whether there may be more people hurt, killed or missing.

"We only hope that what we've found up to this point is where the damage and where the impact stops," he said.

Of those injured, two were listed in critical condition, three had suffered serious injuries and one suffered minor injuries and was later discharged from a hospital, Evans said.

Crews were called to the site of the collapse just before 2 p.m., after the National Weather Service issued a severe thunderstorm watch for the Dallas/Fort Worth area and warned of winds up to 70 mph (113 kph). Evans said the reason the crane fell is unknown but there is a "strong possibility" that the winds "played some role in the collapse."

Isaiah Allen told the Dallas Morning News he was in his apartment when he heard what he thought was a deafening thunderclap. "I saw that the crane had actually fell straight through the building and had destroyed a good eight to 10 apartments and so there's like floors and stuff falling through," he said.

Allen told the paper he saw a bloodied woman trapped in her apartment on the second floor.

Video shows that downed crane ripped a large hole in the east side of the building and landed on an adjacent parking garage.

Evans said "every single level of the parking garage in part has collapsed" and that multiple vehicles were damaged. He said he was not sure if anybody was in the garage at the time of the collapse.