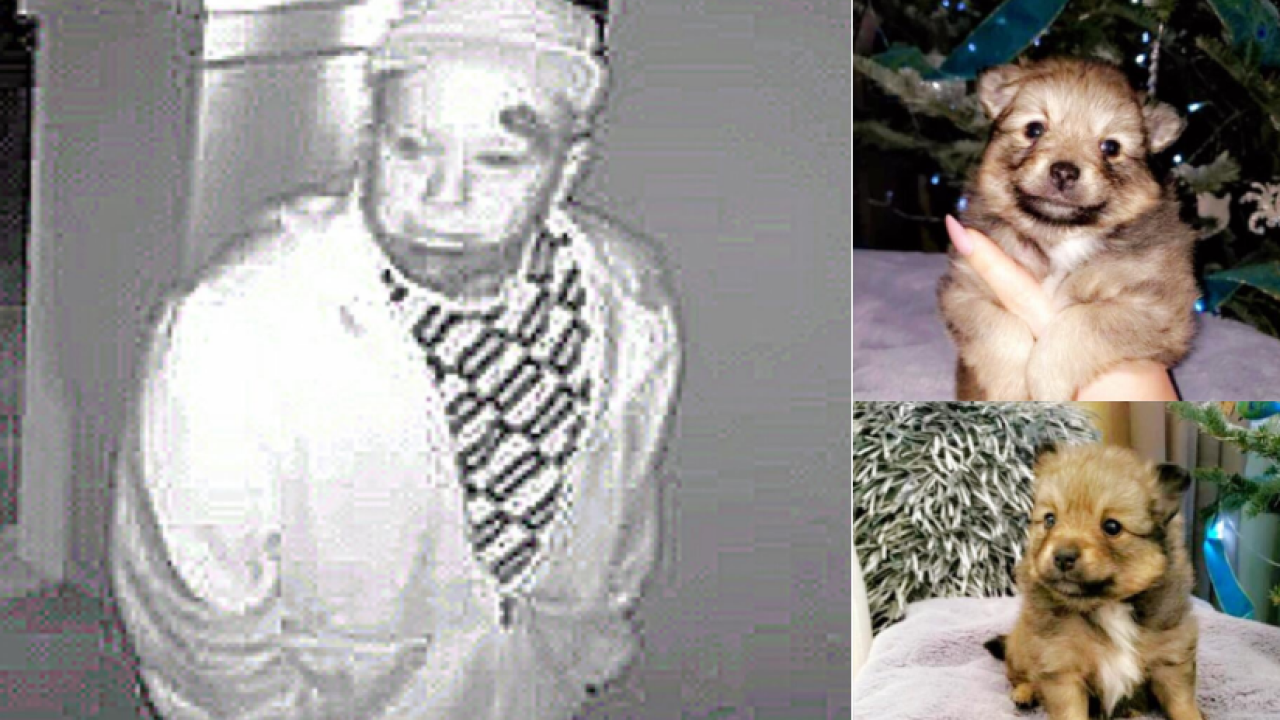 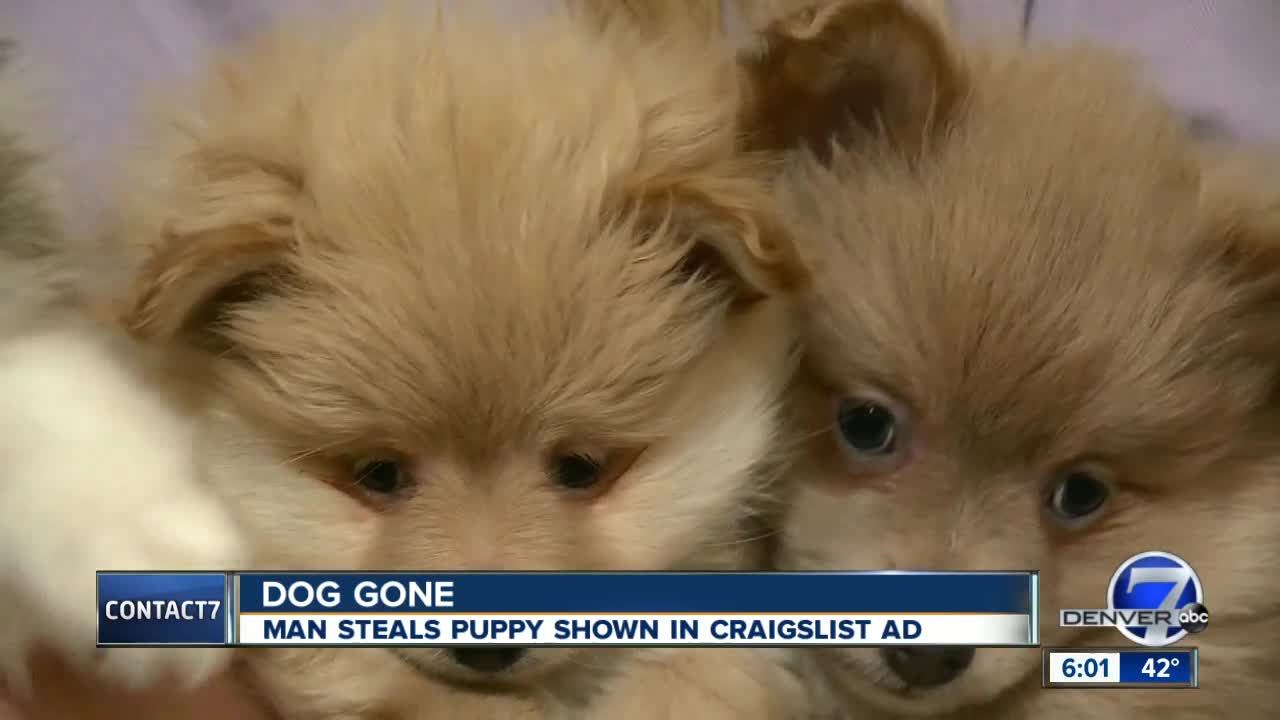 HENDERSON, Colo. — A family is frightened and angry after a man stole a puppy from their home right in front of their eyes.

Now, they are worried for the dog's safety and fear the man may come back.

Angelina Bondarenko said after her dog accidentally became pregnant, she decided to sell the puppies on Craigslist.

A man named Michael responded to the ad.

She invited him to her home Tuesday evening to see the dogs, six Pomeranian puppies just eight weeks old.

When he arrived, he reportedly picked out a dog and asked for the vaccination record.

“She was the cutest, sweetest; my favorite puppy,” she said. “We showed him the papers for that specific puppy and he put it in his pocket.

Bondarenko said the man then asked to take the dog to his car so his wife could see the puppy, explaining he didn’t want to take his infant out of her car seat.

He moved so fast Bondarenko didn’t even have time to put shoes on.

“When he came up to the car, the back door of the car was open, there was two people in the front and he got in and started yelling, ‘Go, go, go!’ and I was holding on to the door but they were driving so fast I couldn’t do anything,” she said.

Bondarenko tried chasing after the car to get the license plate, but she said they drove off without their lights on. He got into a black, four-door, newer vehicle with temporary license plates.

She describes the man as around being 5 feet, 5 inches tall who had had no eyebrows or facial hair, a tattoo above his right eyebrow, and another one covering his neck and chin like a beard.

Not only did he get away without paying for the dog, the veterinary records had personal information on them.

Bondarenko said she will never meet another online seller at her home.

“You never know what the person is thinking when they come to your house. Even if you are meeting somewhere else, you should always take precaution,” she said.