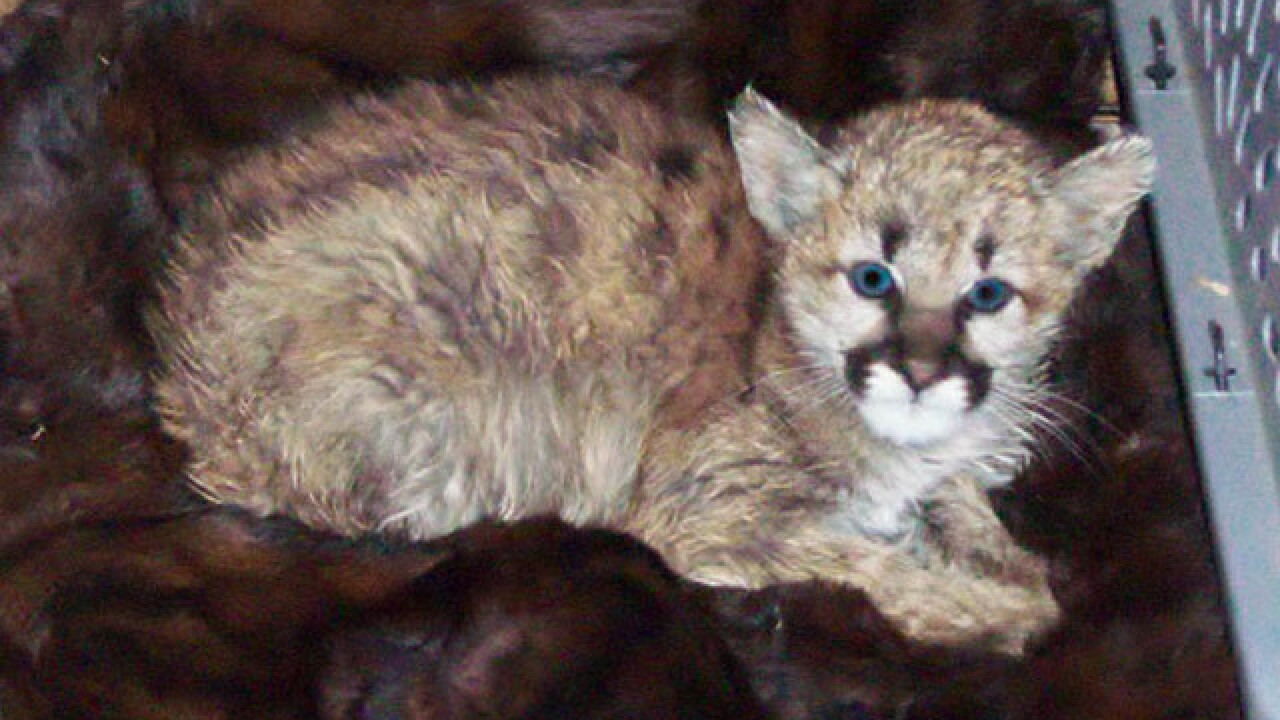 WALSENBURG, Colo. — Don’t take a baby mountain lion out of the wild and feed it a bratwurst. That’s the unexpected message Colorado Parks and Wildlife had to share with the public on Thursday.

CPW is again reminding residents to leave baby wildlife alone because not only is it illegal to possess a wild animal in Colorado, but it’s dangerous to its health.

In the case of the mountain lion, the young animal was sick from consuming the bratwurst, but seemed in good health otherwise, said CPW District Wildlife Manager Travis Sauder.

The people who found the kitten published photos of it in a cage on social media on Monday. They claimed to have found it in a snowbank after a snowplow passed by and said they released it into the wild after allowing it to “thaw out,” according to CPW.

But when Sauder came to their Walsenburg home Tuesday, the kitten was still there. He said wild animals don’t need to “thaw” since they are equipped to survive in the cold.

He sent it to the nonprofit Wet Mountain Wildlife Rehabilitation in Wetmore.

The people had kept the kitten for 30 hours, which was far too long to return it to where it was found, he said.

Because the kitten was so young — wildlife biologists estimated it was younger than 6 months old — it was likely only eating regurgitated foods from its mother, as well as her milk.

"If you find wildlife you believe to be orphaned, leave the area immediately and call CPW,” Sauder said. “By leaving the area, mom will feel safe to come back and retrieve her young.”

He said that many animals will leave their young behind if they are startled. Mountain lion kittens have spotted fur to help them camouflage into their surroundings and the mother would rely on that to keep her young safe until she felt it was OK to return to the area, according to CPW.

“When we do have orphaned wildlife, it's important we get them to licensed rehabilitators who specialize in raising these wild animals, who know what to feed them and how to care for them so we can successfully release them back into the wild once they mature,” he said.