CPW: Charges filed against Evergreen woman who filmed herself luring deer into home to feed them 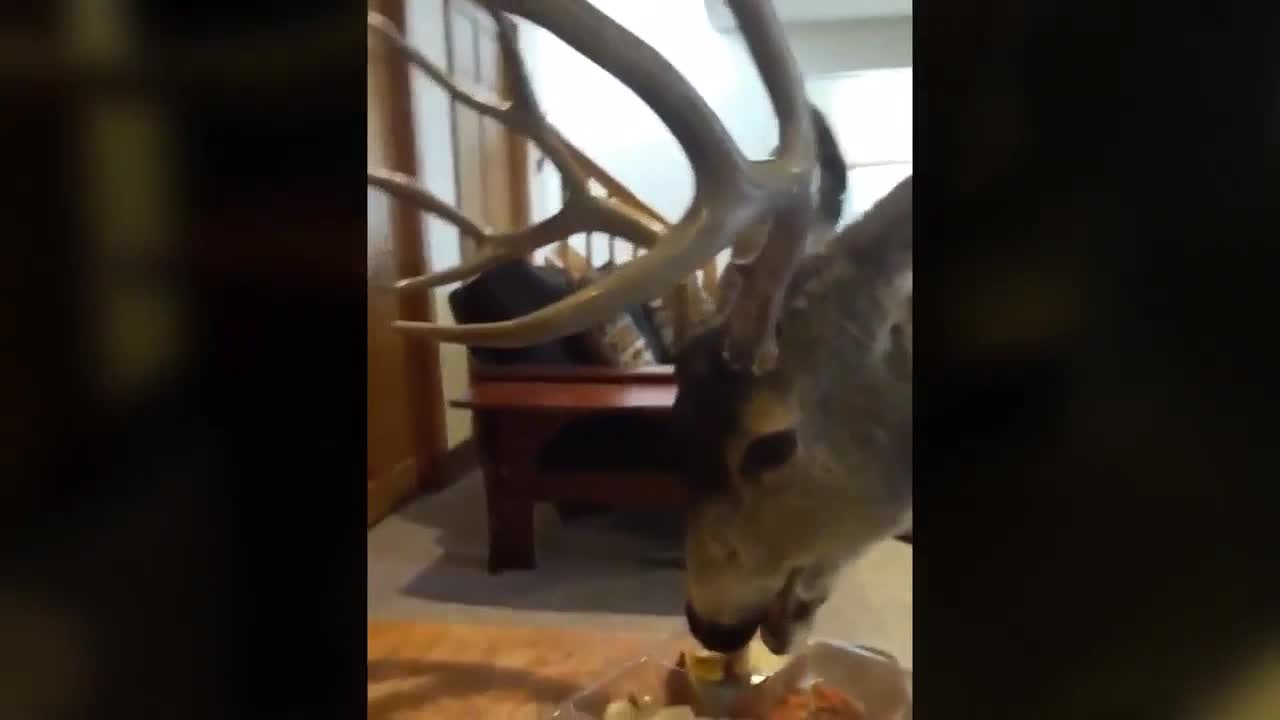 After a video surfaced of a woman luring deer into her Evergreen home, Colorado Parks and Wildlife is once again reminding residents and visitors alike to leave wildlife alone. 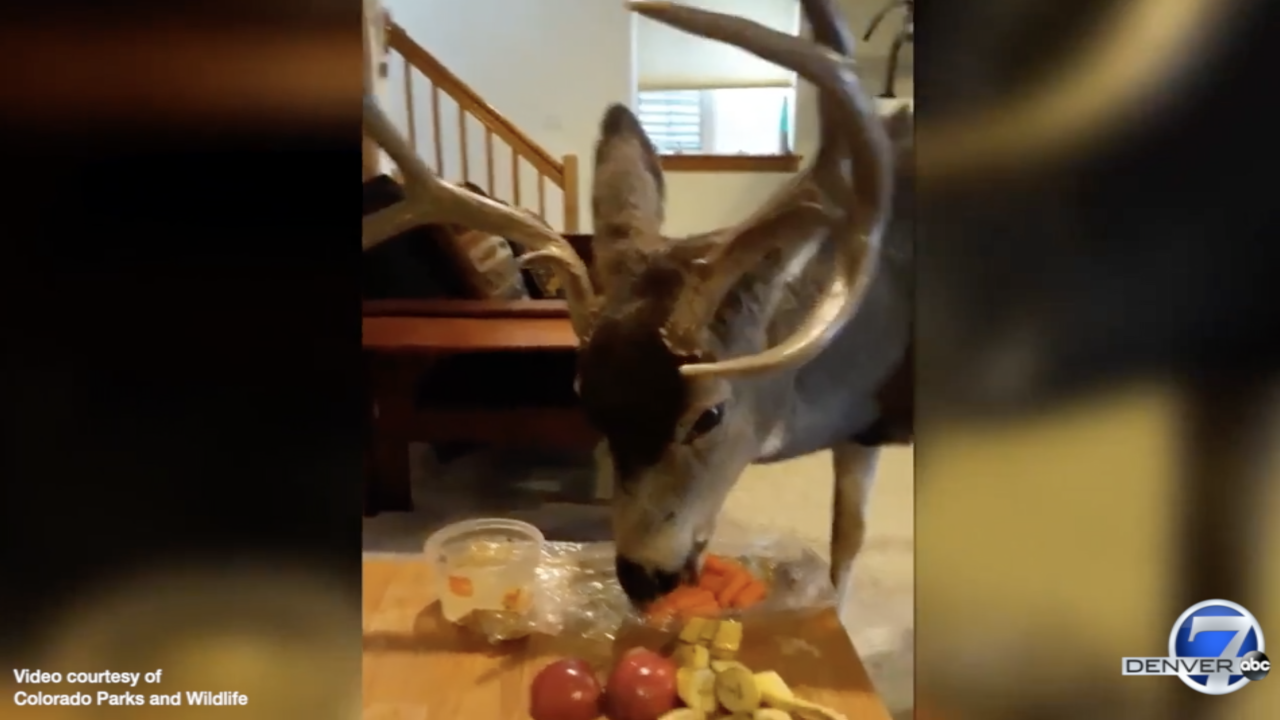 DENVER — After a video surfaced of a woman luring deer into her Evergreen home, Colorado Parks and Wildlife is once again reminding residents and visitors alike to leave wildlife alone.

Big-game wildlife does not need human help to get through the winter, CPW said in a press release Monday, adding that feeding them is not only illegal and punishable with a fine, but it harms the animal in the long run.

In the video, the woman is seen luring a buck into her home with bread and fruit, calling the animal "my angel" and "my baby." She had also appeared to talk to a couple does as they stood in her home, calling them Sandy and McKenzie. The video continues as she films a buck eating rolled oats cereal, bananas, bread and apples out of a plastic bin on a table.

Evergreen woman films herself luring deer into home to feed it

CPW said a second similar incident happened in the Burland Ranchettes subdivision in Bailey, where a homeowner had been feeding deer in his yard and the animals had learned to rush toward the man from surrounding areas when he was outside.

The woman and man both had charges filed against them, according to CPW. In total, they'd face a $100 fine plus mandatory surcharges for a total of $139.50 per feeding occurrence, CPW said. The videos from Evergreen were pulled over the course of several months, they said.

This is hardly a new problem — CPW has dealt with similar issues across Evergreen, Conifer, Bailey and other mountain communities. In January alone, wildlife officers contacted a dozen people who had fed and interacted with big game.

Wildlife Officer Joe Nicholson said it's not uncommon for residents in those areas to try to feed deer or elk because they think they are helping them. But it instead makes the animals more comfortable around people and disrupts their natural behavior.

“Turning your yard into a virtual zoo by feeding deer and elk is not safe for people, not healthy for wildlife and is truly a selfish act," Nicholson said. "The proper way to enjoy viewing wildlife is to do so from a safe distance and without artificially introducing feed, salt, or other attractants that alter their natural use of the landscape and aversion to people.”

Area Wildlife Manager Mark Lamb said it is selfish and unethical to feed big game wildlife. It doesn't matter if you think it's the right thing to do, he said. It's against the law.

“You are going to end up unintentionally killing those animals and also putting yourself in harm's way," he said. "If what you want is a pet or just to connect with an animal, choose a domestic breed that has evolved to live with people.”

Feeding these animals leads to problems for both the animals and the public, CPW said. It causes the animals to congregate in one area, disrupting their natural migration movements. This degrades the habitat in that area and makes it easy for disease to spread. In addition, it attracts predators, disrupts the animal's digestive systems and can ultimately lead to their death if they are fed the wrong food.

“If you are training deer to come and stay in your backyard, you are asking mountain lions to be in your neighborhood as well,” Lamb said.

To learn more about why it's dangerous to feed wildlife, visit the CPW website here.